As always in the summers, looking at the holes in the mouths of the rocky shores of the Mediterranean, is very common to meet “Blue Damselfishes“. They are chromis chromis, Black Castagnola. The small specimens during this period have electric blue livery and are photophobes, often encountered in caves, crevices and other shaded environments. Castagnole Blu – Chromis chromis – IntotheBlue.it

Chromis-chromis, the damselfish or Mediterranean chromis, (belongs to the order Perciformes,  suborder Percoidei)  is a small species of ray-finned fish of the family Pomacentridae from the Eastern Atlantic and Mediterranean.

In This movie we show you the youthful and the adult phase of the damselfish. Castagnole Blu – Chromis chromis – IntotheBlue.it 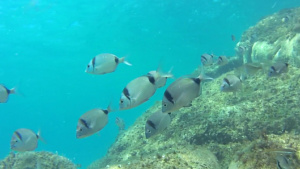 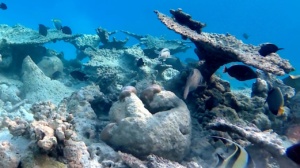 Acropora pulchra, is a species of coral belonging to the Acroporidae family . It lives...