It is always nice to dive in the midst of this cloud of electric blue fishes, are the Black Castagnola – Chromis chromis – the small specimens have the electric blue livery. Small ones are photophobic, that is, they do not tolerate sunlight, so it’s easy to meet them in dark caves, or in shady areas far from sunlight. As they grow, they change color, changing the beautiful fluorescent blue livery into the black one. 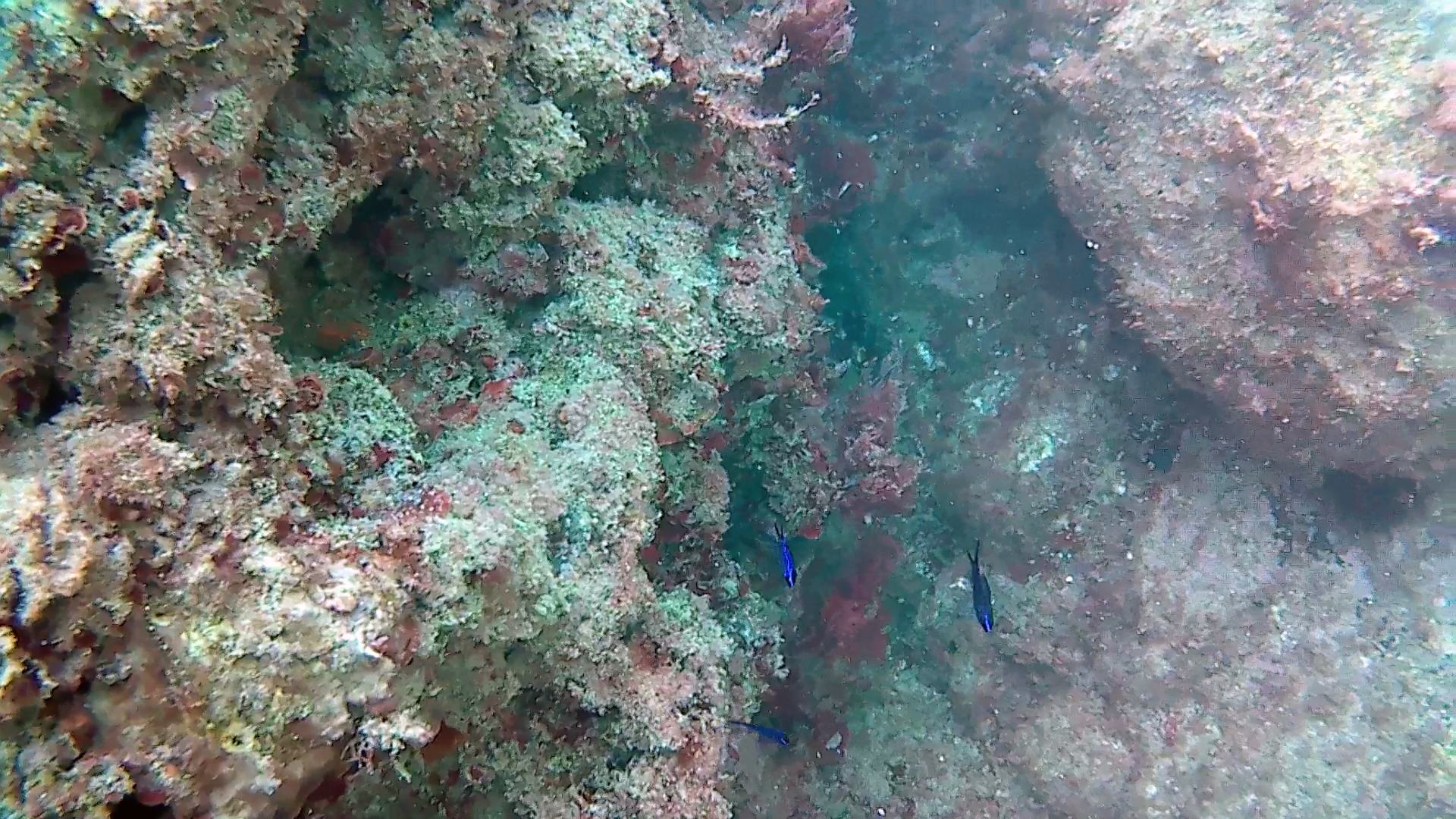 From ancestors live in flocks like adults but on the bottom near caves where to take refuge from predators. They are not afraid of the man, even though approaching them swim with fast and lightning strikes, they do not actually flee, it is probably their flock strategy to confuse predators. As adults they live by occupying the entire water column, always on rocky backdrops or in the vicinity of submerged wrecks and reefs.

Chromis-chromis, the damselfish or Mediterranean chromis, (belongs to the order Perciformes,  suborder Percoidei)  is a small species of ray-finned fish of the family Pomacentridae from the Eastern Atlantic and Mediterranean.

In This movie we show you the youthful and the adult phase of the damselfish. 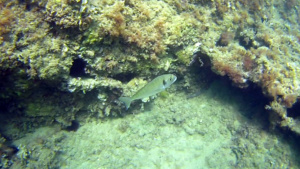 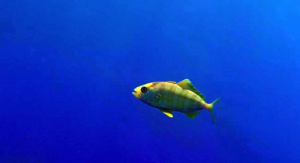