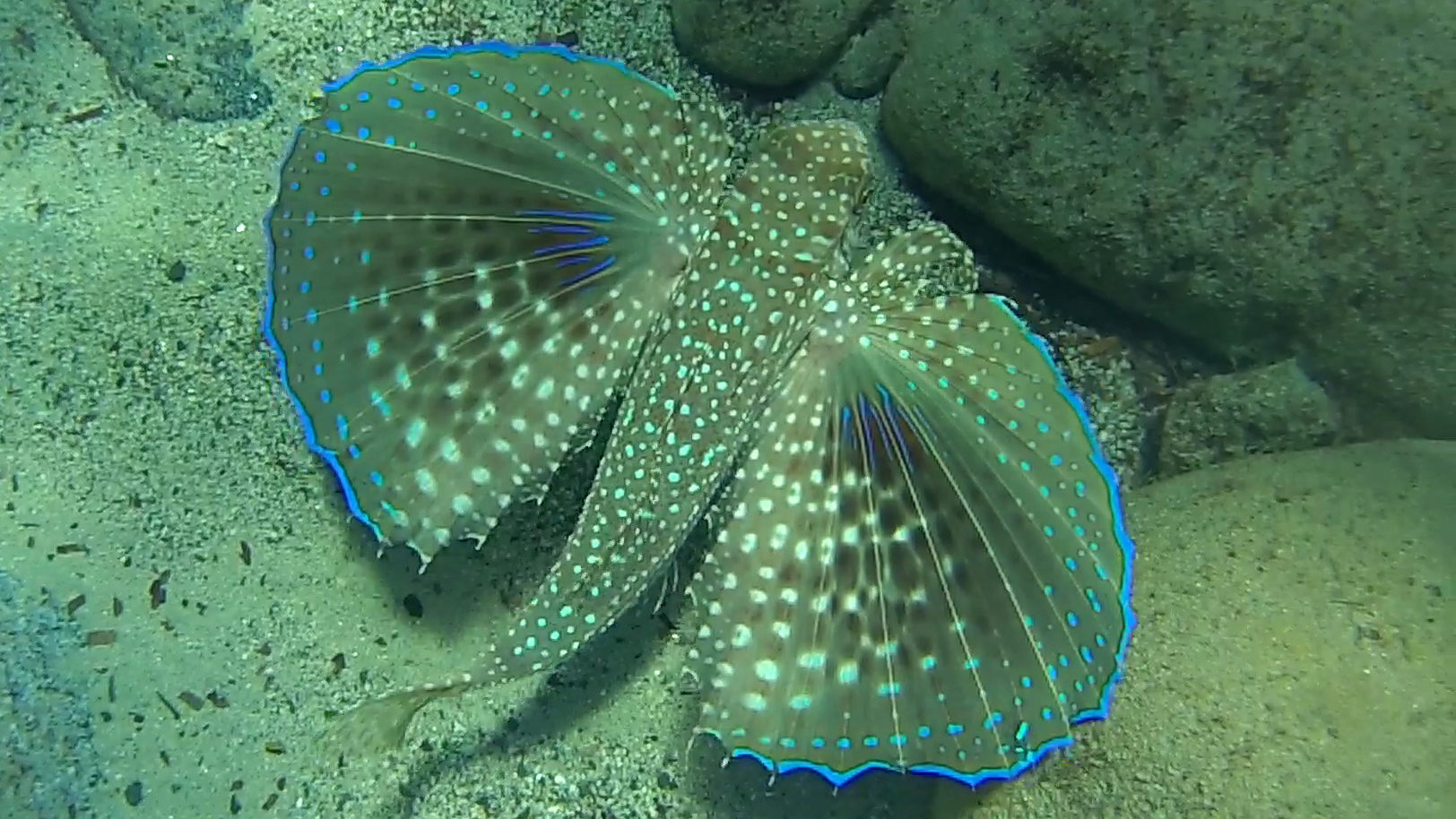 We are in the extreme south of Sardinia in the marine reserve of Capo Carbonara. In an almost deserted beach with little frequented by boats and bathers despite the week of August, we met in apnea in a backdrop of about 2 meters the Flying Gurnard – Dactylopterus volitans. It is not easy to see this fish in just a few meters of depth, wikipedia tells us that the habitat of adult specimens like this, is between 10 and 80 meters deep.

This video is proof of the effectiveness and usefulness of the protected marine areas, in fact the Flying Gurnard was looking for food in the sand with the dorsal fins almost used as hands to dig, so heedless of the presence of the diver, he allowed himself to approach quite easily. On some occasions he showed us his beautiful “colorful wings“, probably for defensive purposes to increase his size or simply to divert the attention of a probable predator from parts of the vital body. However, despite the disturbance of the diver, he allowed himself to be photographed and filmed without escaping, continuing to hunt in rocks and sand. 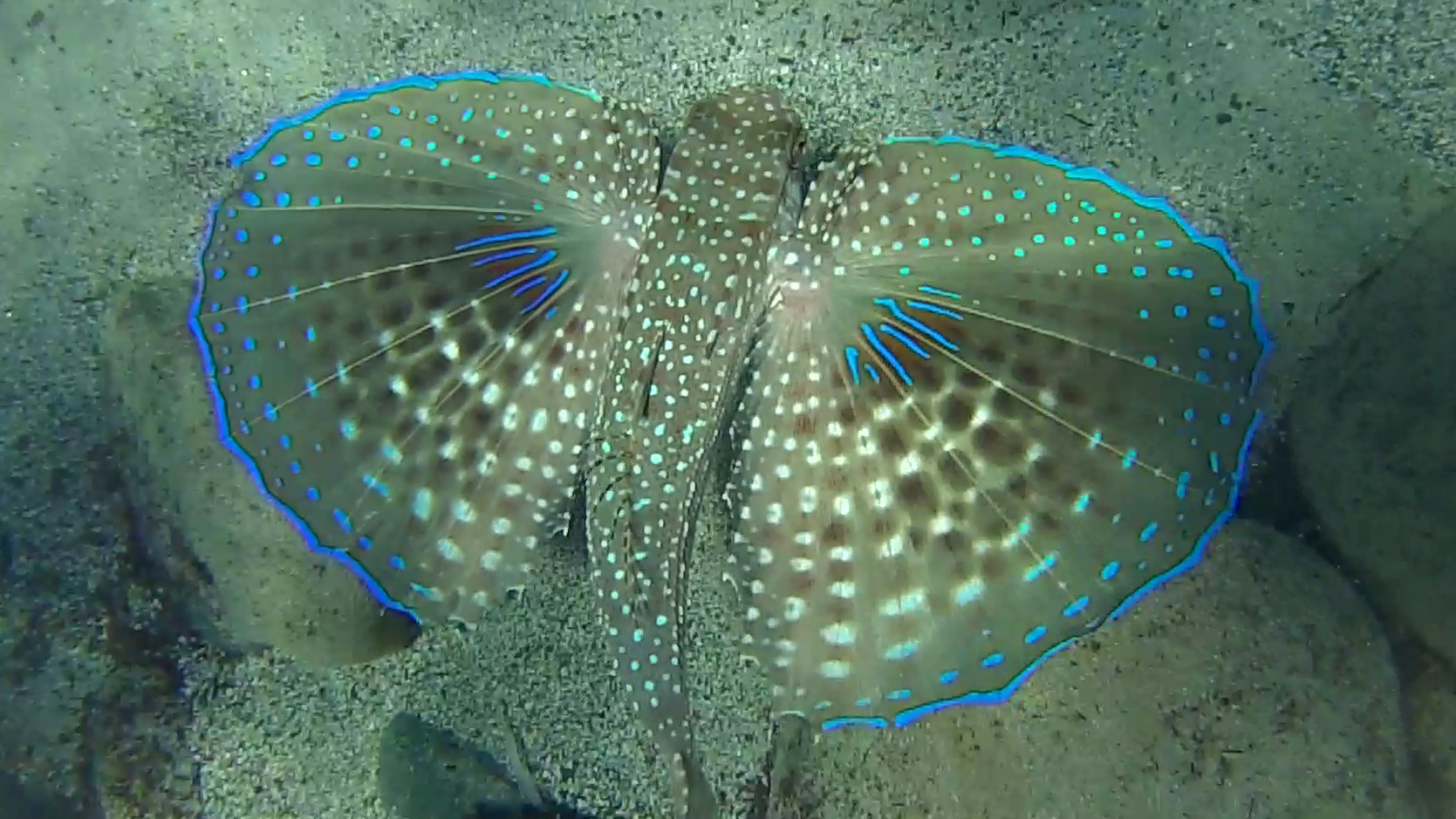 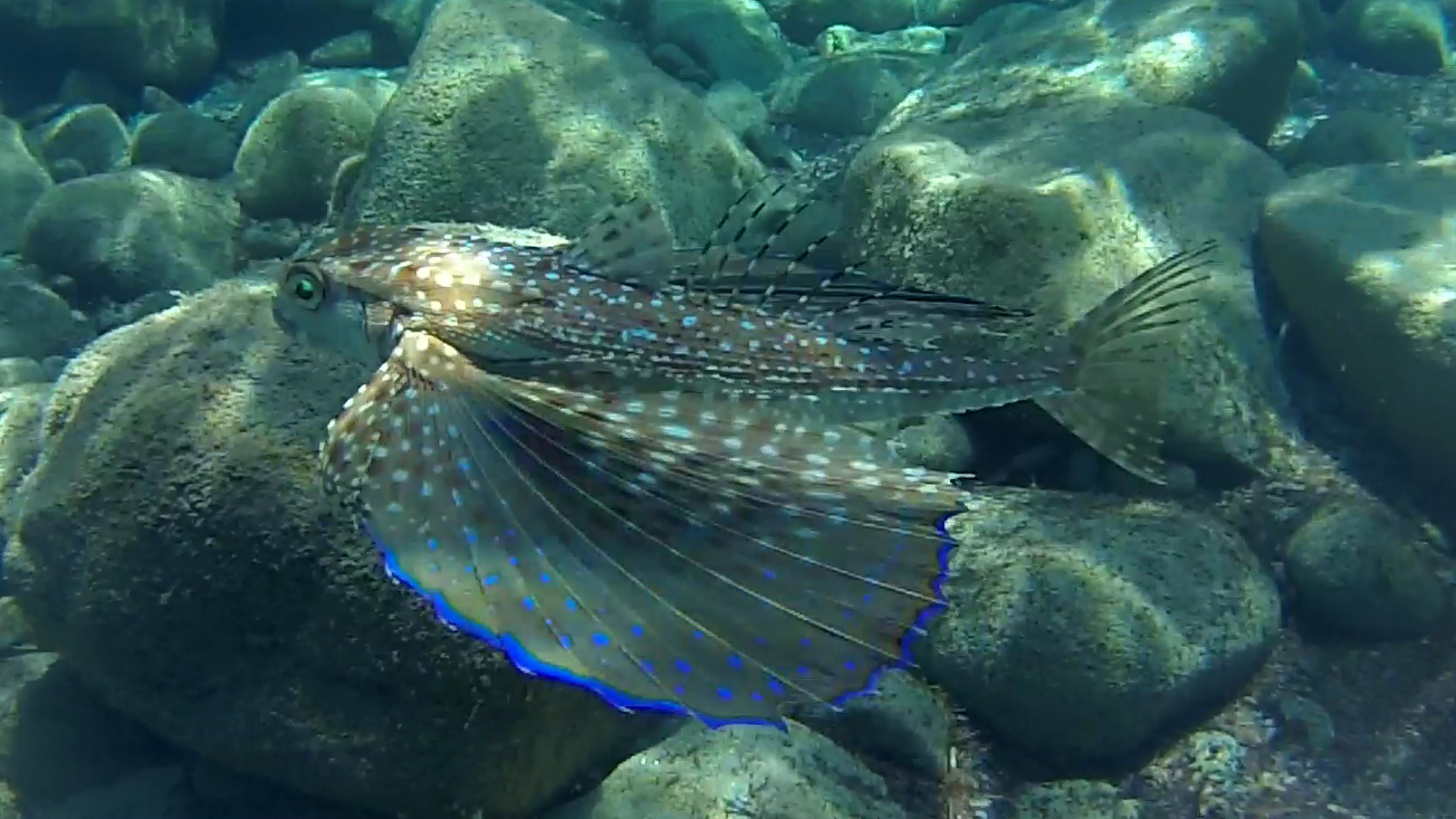 Its habitat is benthic and has its limits between 10 and 80 meters deep, it inhabits the depths of the Mediterranean Sea, Madeira, the Azores and the Atlantic Ocean, from Angola to the European coast (sometimes to the north up to Southern England) in the eastern Atlantic and from Canada to Argentina in the western. The juvenile specimens are also found a few meters deep, on sandy bottoms.

The common names, owl fish and Flying Gurnard fish, derive from the belief that this fish can fly out of the water with its very large pectoral fins. However, this is impossible given the massive structure of the fish and especially its heavy head covered with bony plates. 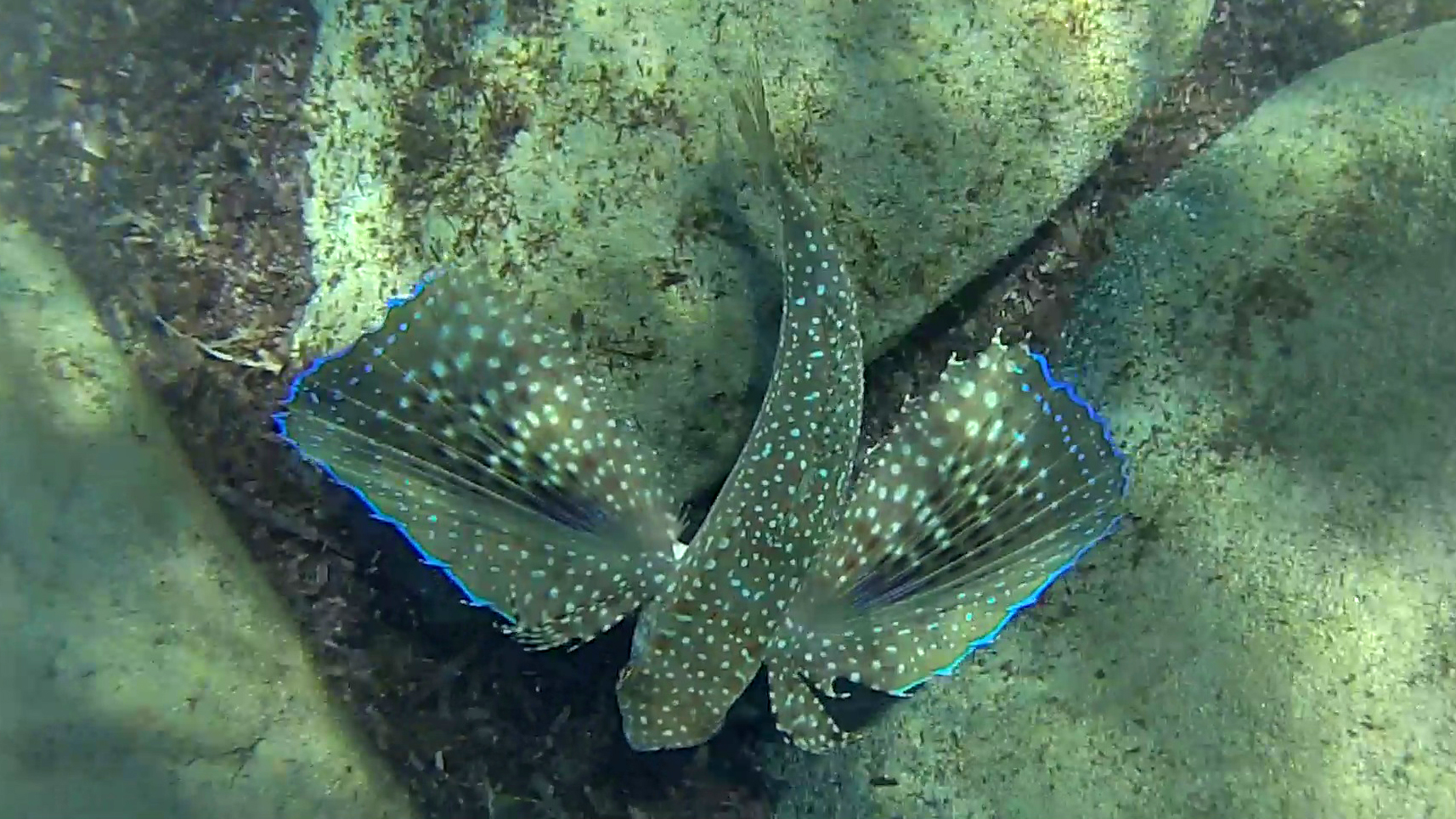 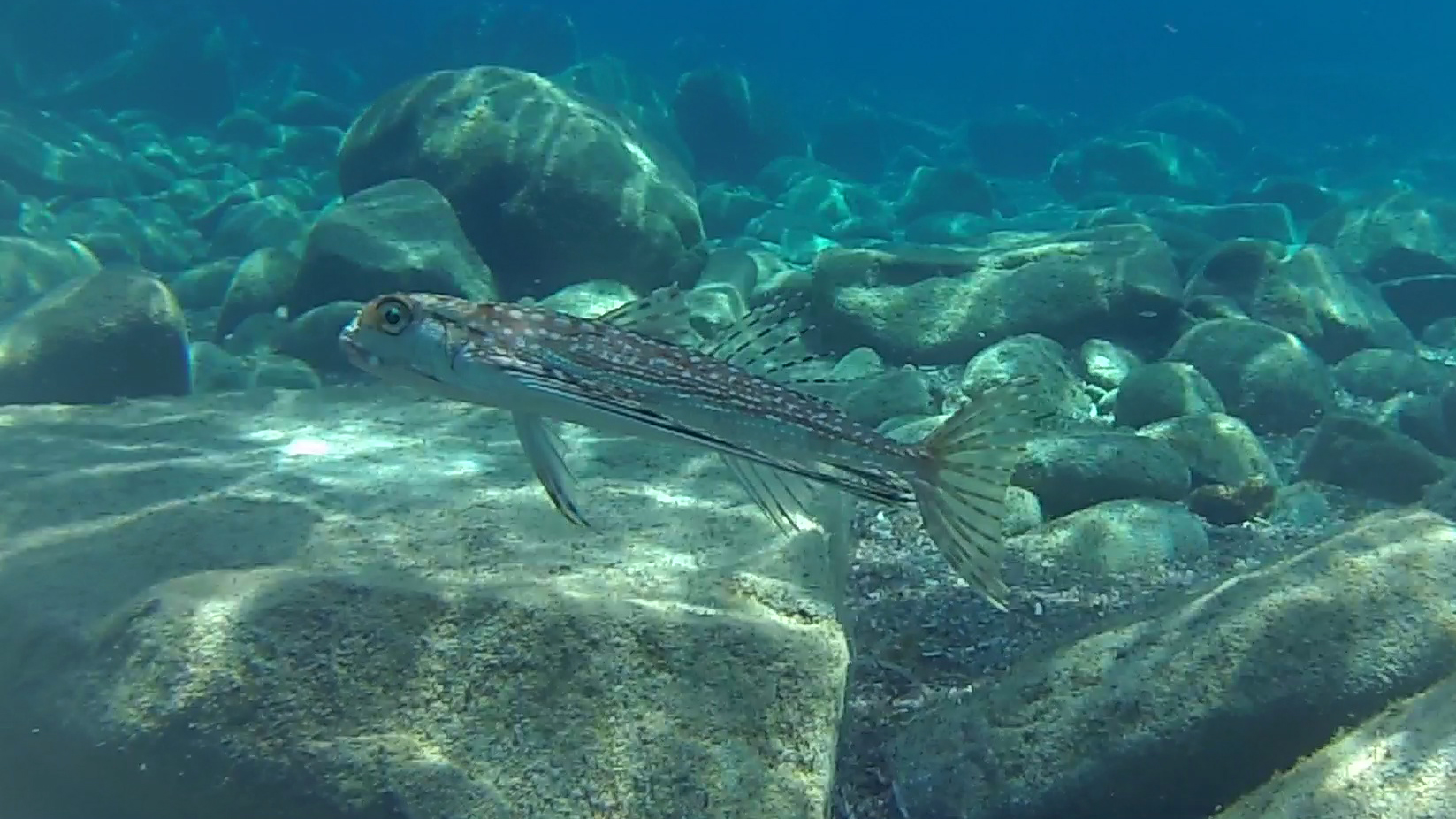 The livery is somewhat varied from specimen to specimen, with a background color ranging from gray to yellow to reddish, decorated with 3 or more brown vertical bands and dotted with white dots. The pectoral fins have the same color, but are dotted and also edged with an electric blue.

It reaches a length of 50 centimeters.

This species feeds on fish, bivalves and crabs.

An owl looking for food on the bottom The owl fish is prey to numerous species of fish including many species of the family Istiophoridae and sea birds (belonging to the family Laridae). 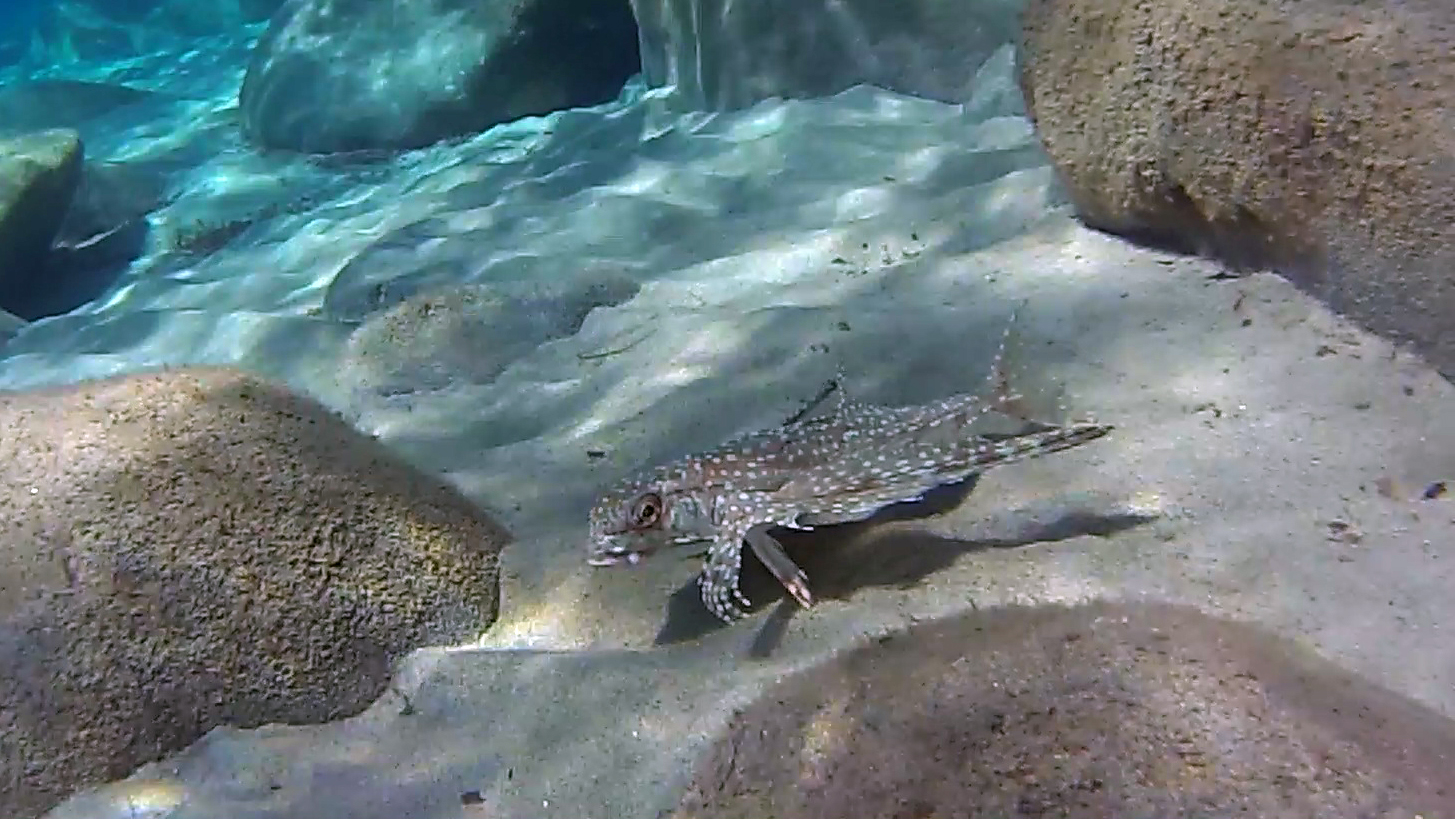 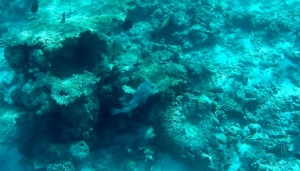 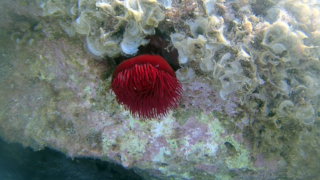 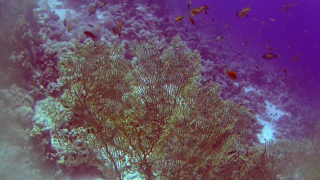 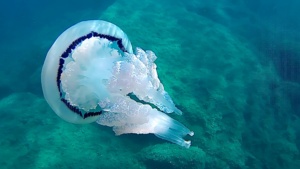