The Red Lionfish (Pterois volitans) is a fish venomous who live coral reef  in the family Scorpaenidae, order Scorpaeniformes. Pterois volitansis natively found in the Indo-Pacific region, but has become an invasive problem in the Carribbean Sea, as well as along the East Coast of the United States. Red lionfish are clad in white stripes alternated with red/maroon/brown stripes. il pesce scorpione intotheblue.it 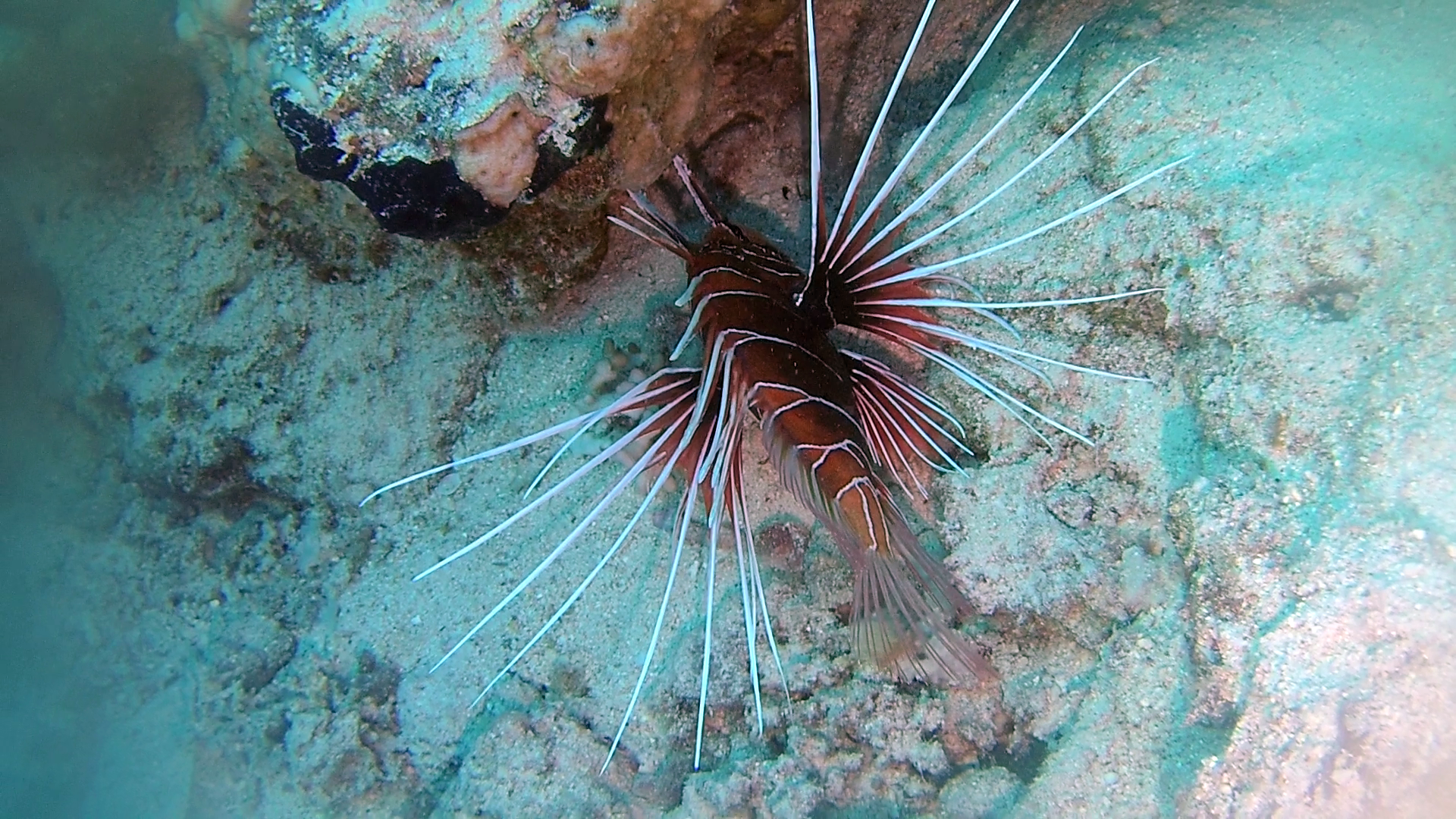 Adults in this species can grow as large as 38 cm in length, making it one of the largest species of lionfish in the ocean. The average red lionfish lives around 10 years. As with many species within the family Scopaenidae, it has large, venomous spines that protrude from the body, similar to a mane, giving it the common name lionfish. 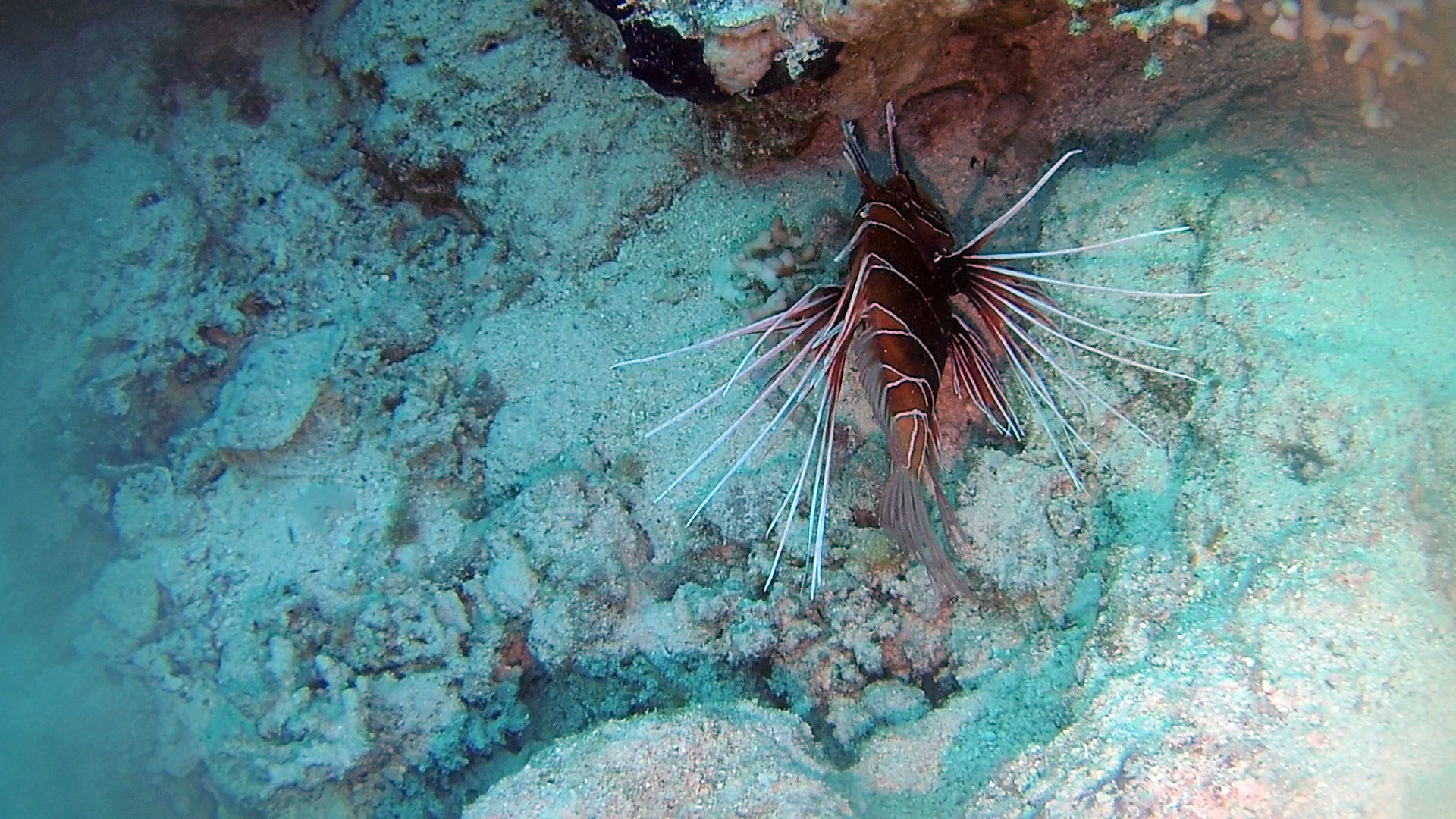 The venomous spines make the fish inedible or deter most potential predator.  Lionfish reproduce monthly and are able to quickly disperse during their larval stage for expansion of their invasive region. No definitive predators of the lionfish are known, and many organizations are promoting the harvest and consumption of lionfish in efforts to prevent further increases in the already high population densities. 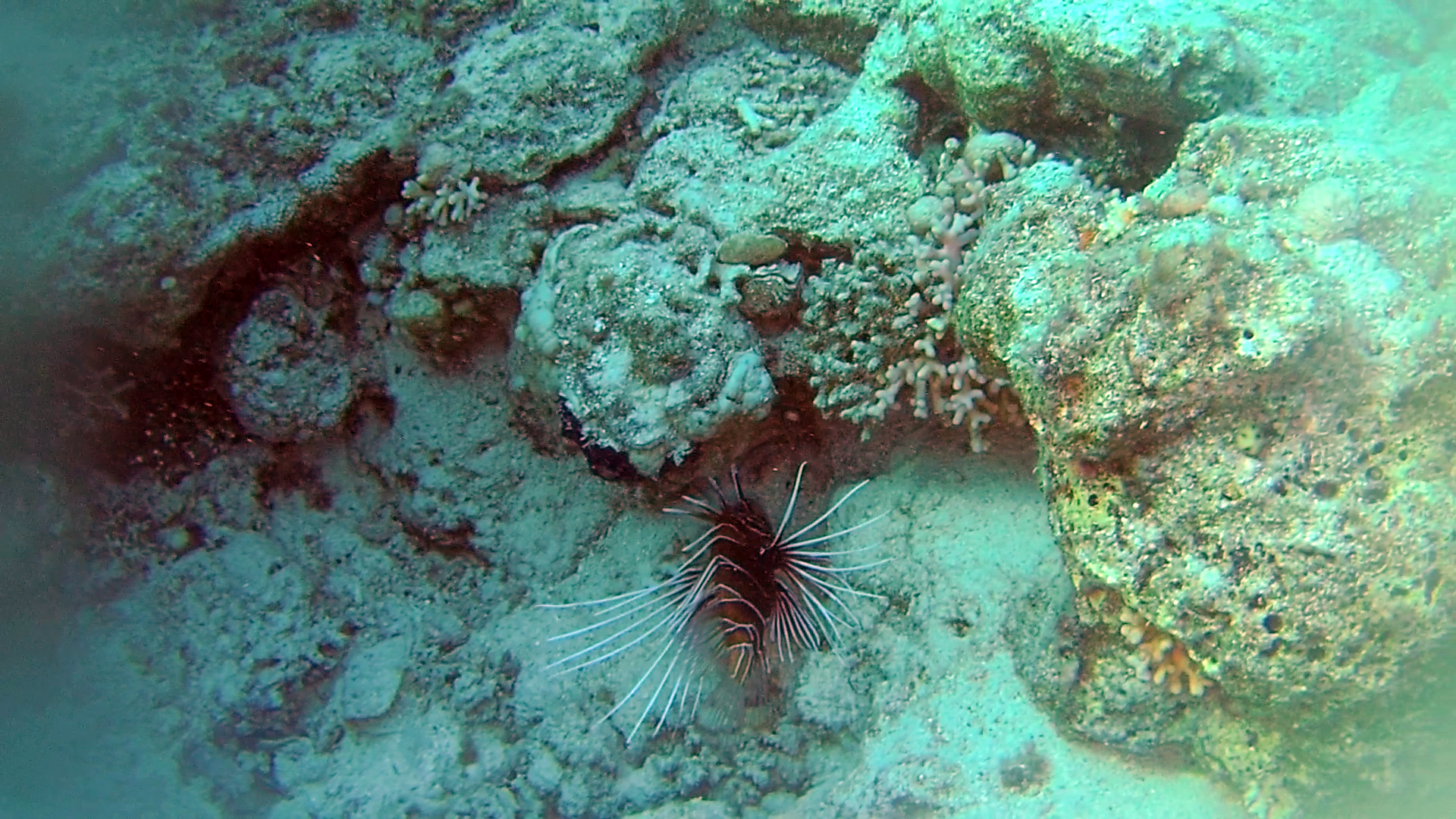 This video was made in the coral reef of Sharm el-Sheikh, Sharm is an Egyptian city on the southern tip of the Sinai Peninsula, in South Sinai Governorate, on the coastal strip along the Red Sea. Its population is approximately 73,000 as of 2015. Sharm El Sheikh is the administrative hub of Egypt’s South Sinai Governorate, which includes the smaller coastal towns of Dahab and Nuweiba as well as the mountainous interior, St.Catherine and Mount Sinai. The city and holiday resort is a significant centre for tourism in Egypt, while also attracting many international conferences and diplomatic meetings. Sharm El Sheikh (meaning “Bay of the Sheikh”) is also known as the “City of Peace; Egyptian Arabic: Madinet Es-Salaam”, referring to the large number of International peace conferences that have been held there. It was known as Şarm-üş Şeyh during Ottoman rule, and as Ofira when the area was under Israeli sovereignty between 1967 and 1982. Among Egyptians and many visitors, the name of the city is commonly shortened to “Sharm”,  which is its common name in the Egyptian slang. The name is also sometimes written as Sharm el-Cheikh, Sharm el-Sheik in English. Sharm El Sheikh is on a promontori  overlooking the Straits of Tiran at the mouth of the Gulf of Aqaba. Its strategic importance led to its transformation from a fishing village into a major port and naval base for the Egyptian Navy. It was occupied by Israel during the Suez Crisis of 1956 and restored to Egypt in 1957. 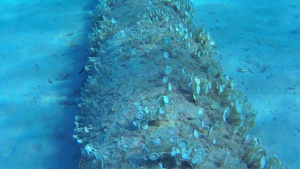