We have witnessed a wonderful “miracle” of nature that we document with this underwater video: the reproduction of Savalia Savaglia. A large colony of Gorgonians have opened their polyps to release their gametes into the water to be transported by sea currents for to reproduction. We observed, during the dive, that there were many Gorgonians with open polyps for the release of gametes, others with closed polyps and still others with open polyps but without releasing reproductive material. In the vast colony of Savalia Savaglia there were also Gorgonians of Paramuricea clavata which, with the open polyps, released their gametes into the water. The sea around the colony is full of these microorganisms carried by the current, and if we want to make a comparison we can imagine the plant pollens carried by the wind during the spring blooms. the gold coral reproduction 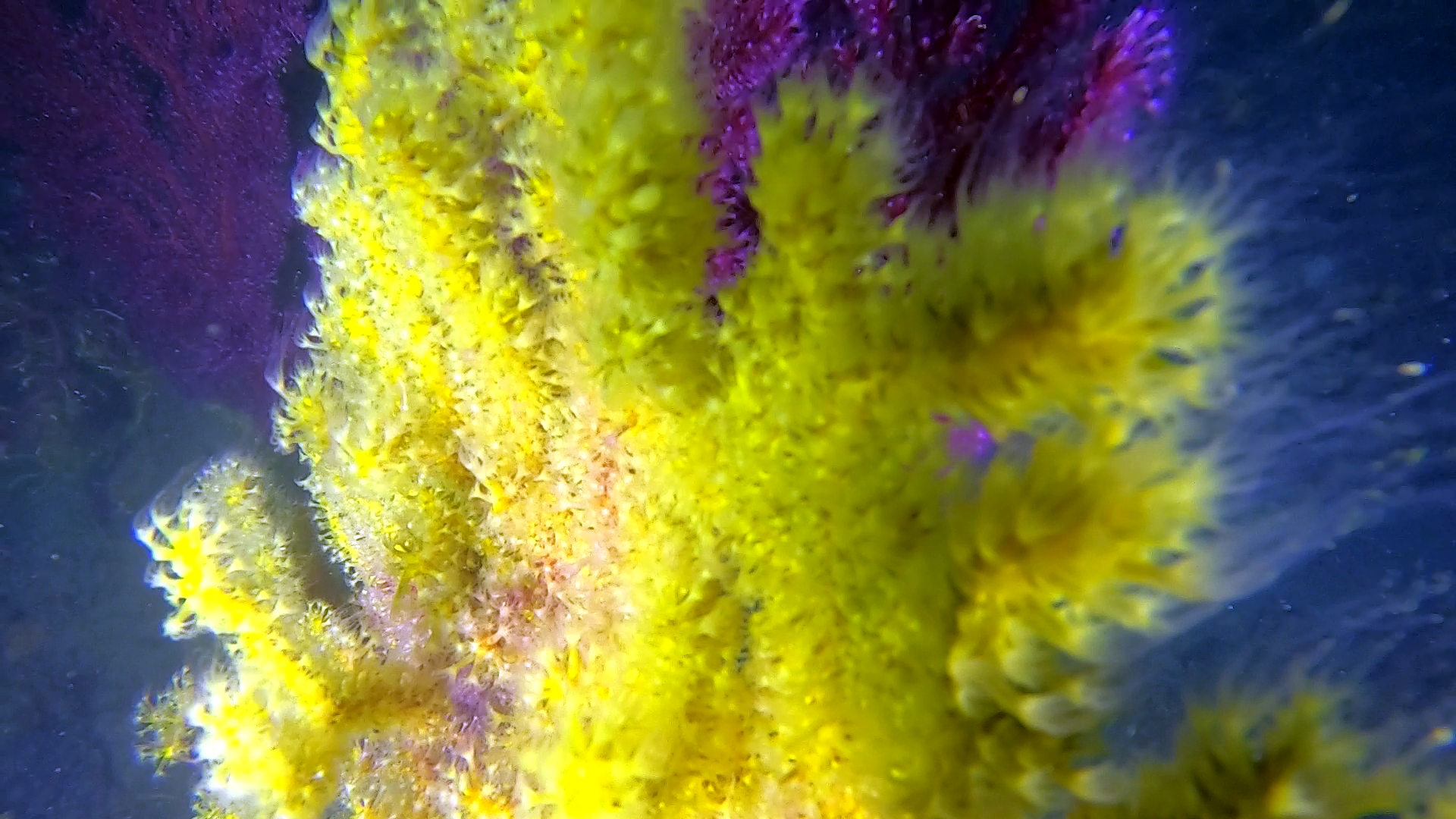 The polyps of this coral have six tentacles which is why the species is part of Hexacorallia group. They are bright yellow or whitish, and very large and showy (2-3 cm high), similar to those of Parazoanthus axinellae. Sprout very well from the tissue that lines the skeleton (coenenchyme) and have available alternates, showing smooth tentacles. The polyps do not fall as those of other species but can retract and close in on themselves. The number of tentacles varies from 26-28 up to 42 in the organisms of this species living in the coastal waters of some Atlantic islands. Otherwise, the tentacles in polyps are generally a multiple number six (24, 30 … 42) and discrepancies from these numbers may be due in the tentacles malformations or damage themselves. the gold coral reproduction 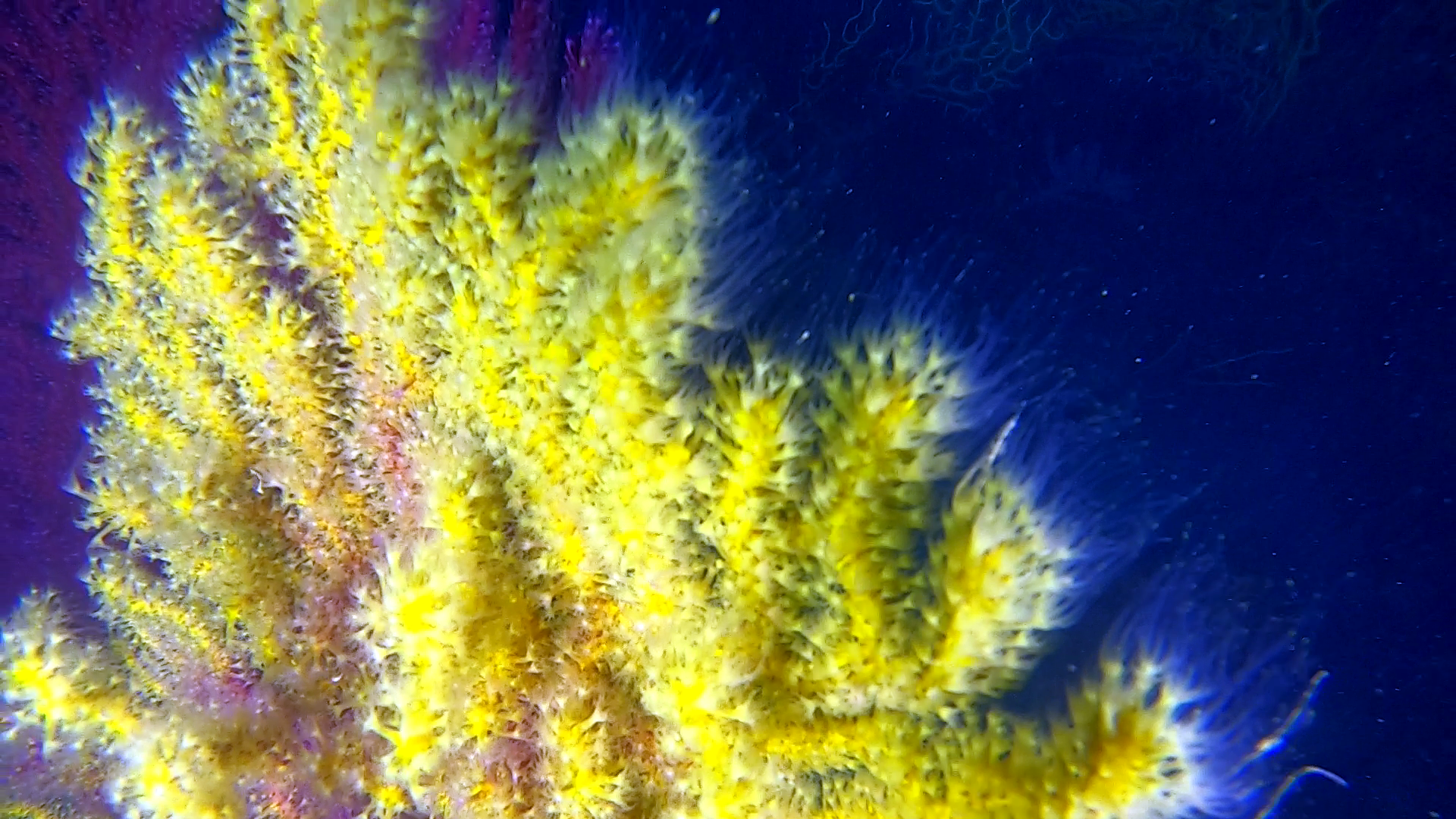 The colony resembles a sturdy shrub, with the base squat and sometimes of considerable diameter, from which depart the ramifications. The reality colonial appearance vaguely resembles that of sea fans. The reason is also related to the fact that these cnidarians they often play the skeletons, “copying” in fact the shape of the sea fan attacked. In fact it was indeed a sort of aggression that leads Savalia savaglia forward gradually towards the colonies of some gorgonians, especially belonging to the species Paramuricea clavata. It should be remembered that this happens in the Mediterranean Sea, while the target species in the Atlantic Ocean are different. the gold coral reproduction

The ecology and biology of the “false black coral” however, are not well known and little is known of how he sets up on gorgonian colonies assaulted. Remarks the behavior instead of the polyp tissue reveals that in areas where the fabrics of the two cnidarians are in contact, the tissues become the gorgonaceo necrotic for an area of about half a centimeter, which precedes their degeneration and almost simultaneously allows expansion of fabrics Savalia savaglia. According to some authors the “false black coral”, views its features would represent a kind of intermediate body between the Zoantharia as anemones and corals, and antipatharians, such as corals depth. In fact it is a body for a direction similar to the colonies of deep sea corals, with which also seems to share the protein which It constitutes the skeleton, for the other similar, in the appearance of the individual polyps, in small anemones. It ‘a long-lived species, but rather rare. It appears that some very large colonies have reached the thousand years of age. It develops in coral and rocky reefs or large boulders, 20/30 meters deep, up to over 100 meters, and occasionally up to 500 meters. Despite its aggressive capacity, in many waters it is occasional and shows often solitary colonies, despite the presence of numerous colonies of sea fans. This suggests that this is a species that attacks only sea fans in particular conditions. In some waters, however, it may instead be widespread. Polyps of capture the colony by withdrawing food from the current flowing through them. Recently, some researchers studying populations of gorgonians at depths greater than 50 meters with rich presence of Savalia savaglia, have observed that the presence of the latter species ensure a better ecosystem functioning. 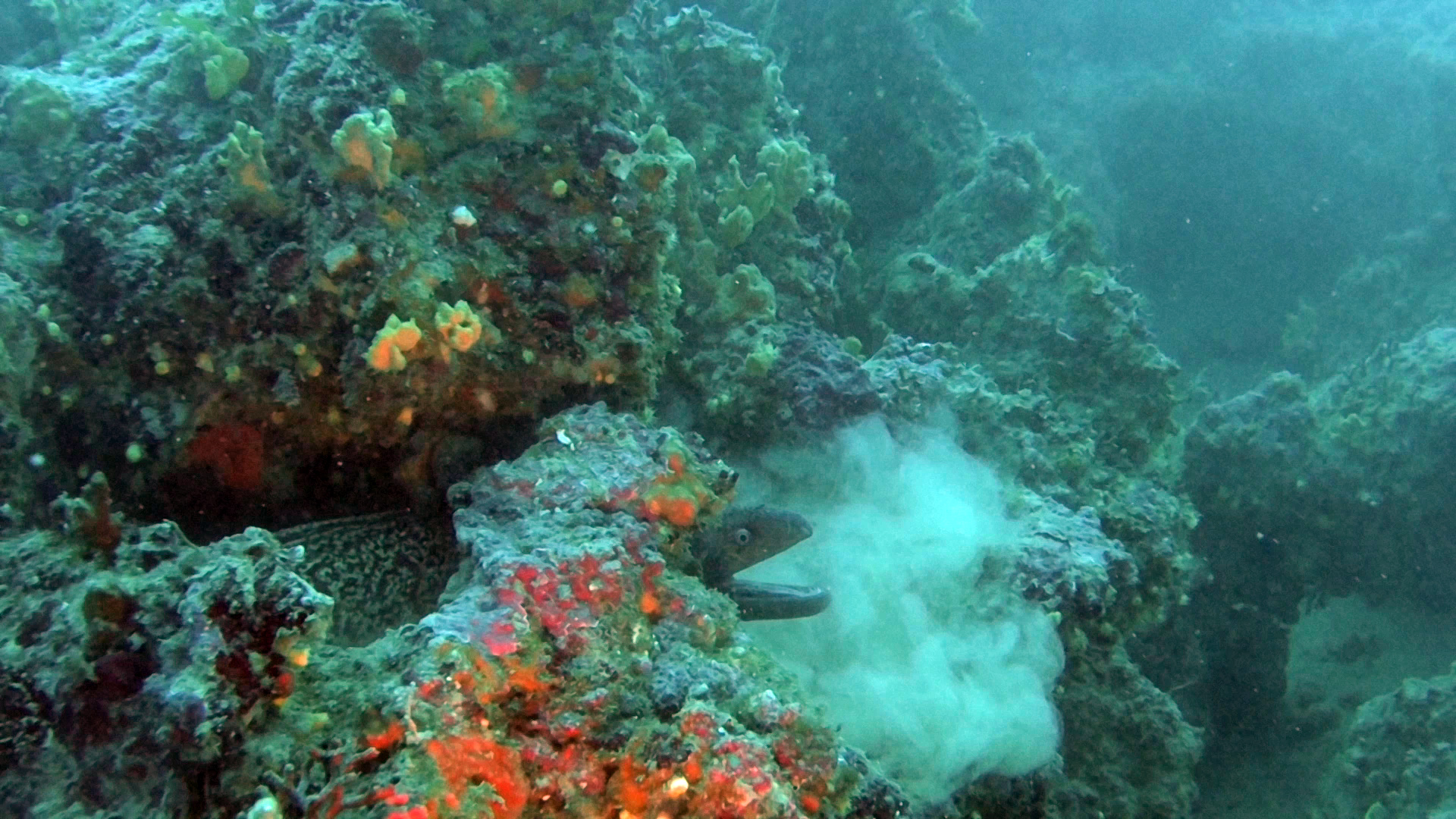 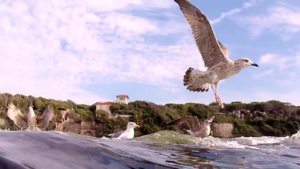