I did the underwater video in a stretch of sea between Livorno and the island of Gorgona at a depth of over 50 meters. I was surprised to meet so many sea urchins, known as Stylocidaris affinis, concentrated in a short stretch of cliff. Frankly, I wondered why so many sea urchins had colonized those rocks? The answers can be many: that it can be the moment of reproduction; that the reef offers the possibility of optimal conditions of life and nutrition; that in this stretch of sea they have no predators; or other. Stylocidaris affinis is an echinoderm of the Cidaridae family. Stylocidaris affinis has very evident spines well spaced quills, the diameter of the body, yellow to red in color, can reach 5 centimeters. We find it in the Mediterranean Sea and Atlantic Ocean, on coralligenous or detrital bottoms, from about 30 meters deep (except for some locations, such as Pantelleria or in the caves of Alghero, where it is sometimes found even at surface levels) up to 1000 meters. invasione di ricci matita 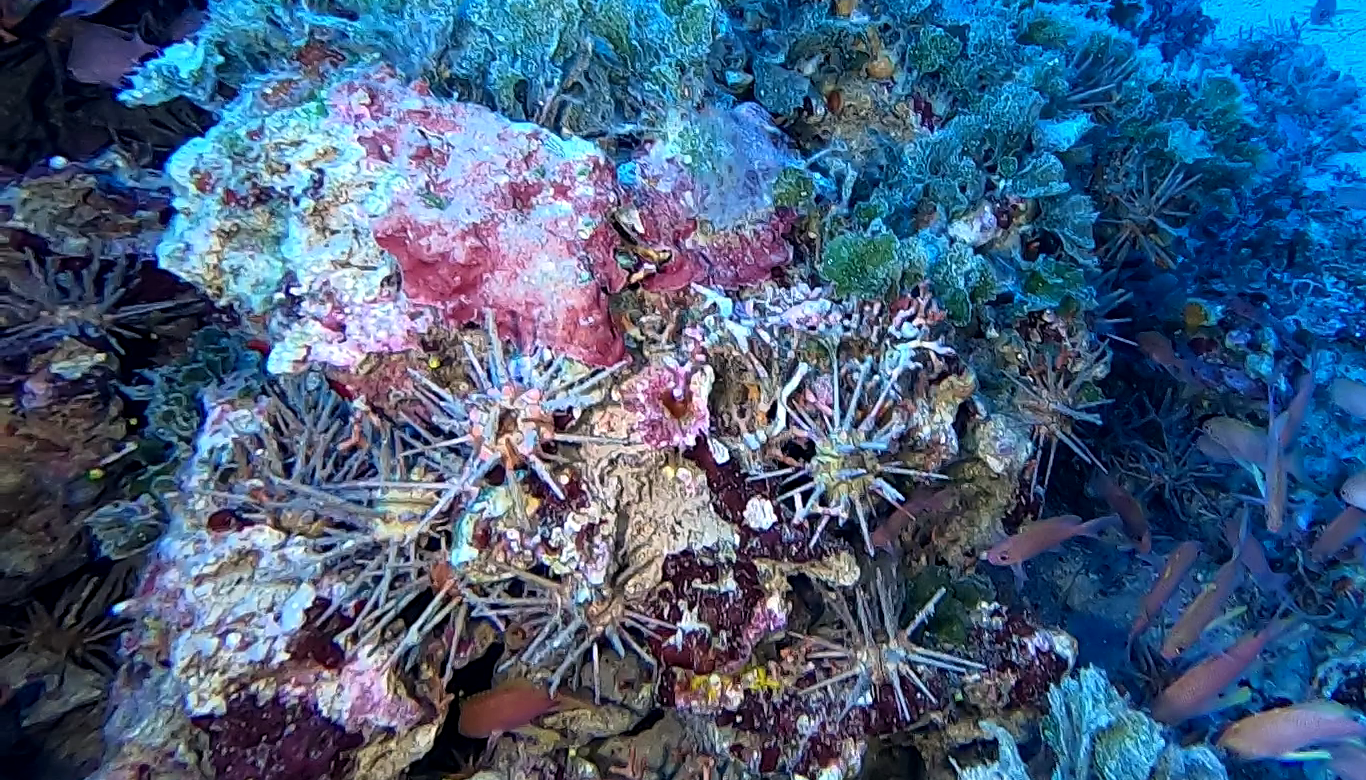 Echinoderm is the common name given to any member of the phylum Echinodermata of marine animals. The adults are recognizable by their (usually five-point) radial symmetry, and include such well-known animals as sea stars, sea urchins, sand dollars and sea cucumbers, as well as the sea lilies or “stone lilies”. Echinoderms are found at every ocean depth, from the intertidal zone to the abyssal zone. The phylum contains about 7000 living species,  making it the second-largest grouping of deuterostomes (a superphylum), after the chordates (which include the vertebrates, such as birds, fishes, mammals, and reptiles). Echinoderms are also the largest phylum that has no freshwater or terrestrial (land-based) representatives. Aside from the hard-to-classify Arkarua (a Precambrian animal with echinoderm-like pentamerous radial symmetry), the first definitive members of the phylum appeared near the start of the Cambrian. One group of Cambrian echinoderms, the cinctans (Homalozoa), which are close to the base of the echinoderm origin, have been found to possess external gills used for filter feeding, like chordata and hemichordata. invasione di ricci matita 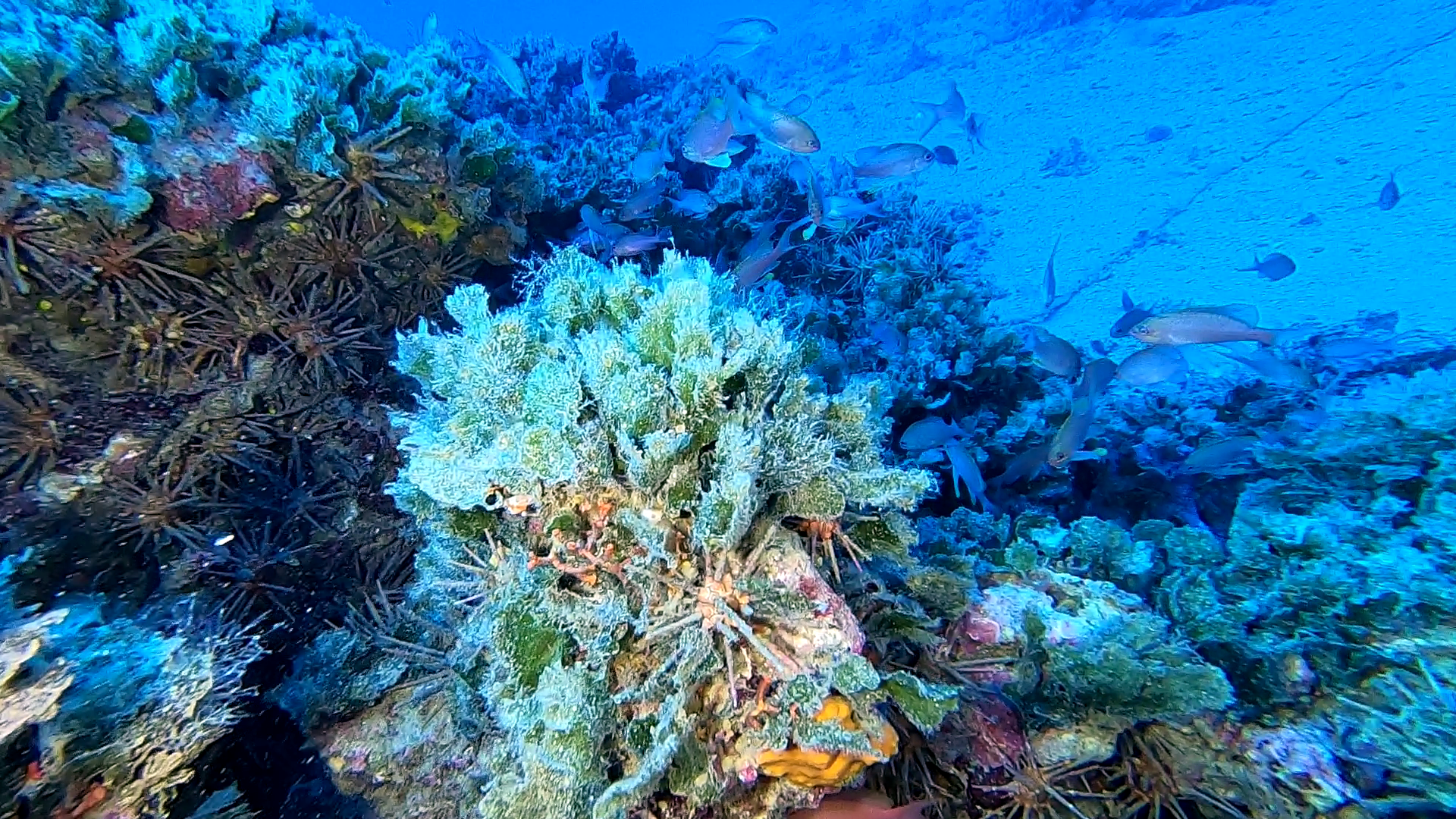 The echinoderms are important both ecologically and geologically. Ecologically, there are few other groupings so abundant in the biotic desert of the deep sea, as well as shallower oceans. Most echinoderms are able to regenerate tissue, organs, limbs, and reproduce asexually; in some cases, they can undergo complete regeneration from a single limb. Geologically, the value of echinoderms is in their ossified skeletons, which are major contributors to many limestone formations, and can provide valuable clues as to the geological environment. They were the most used species in regenerative research in the 19th and 20th centuries. Further, it is held by some scientists that the radiation of echinoderms was responsible for the Mesozoic Marine Revolution. 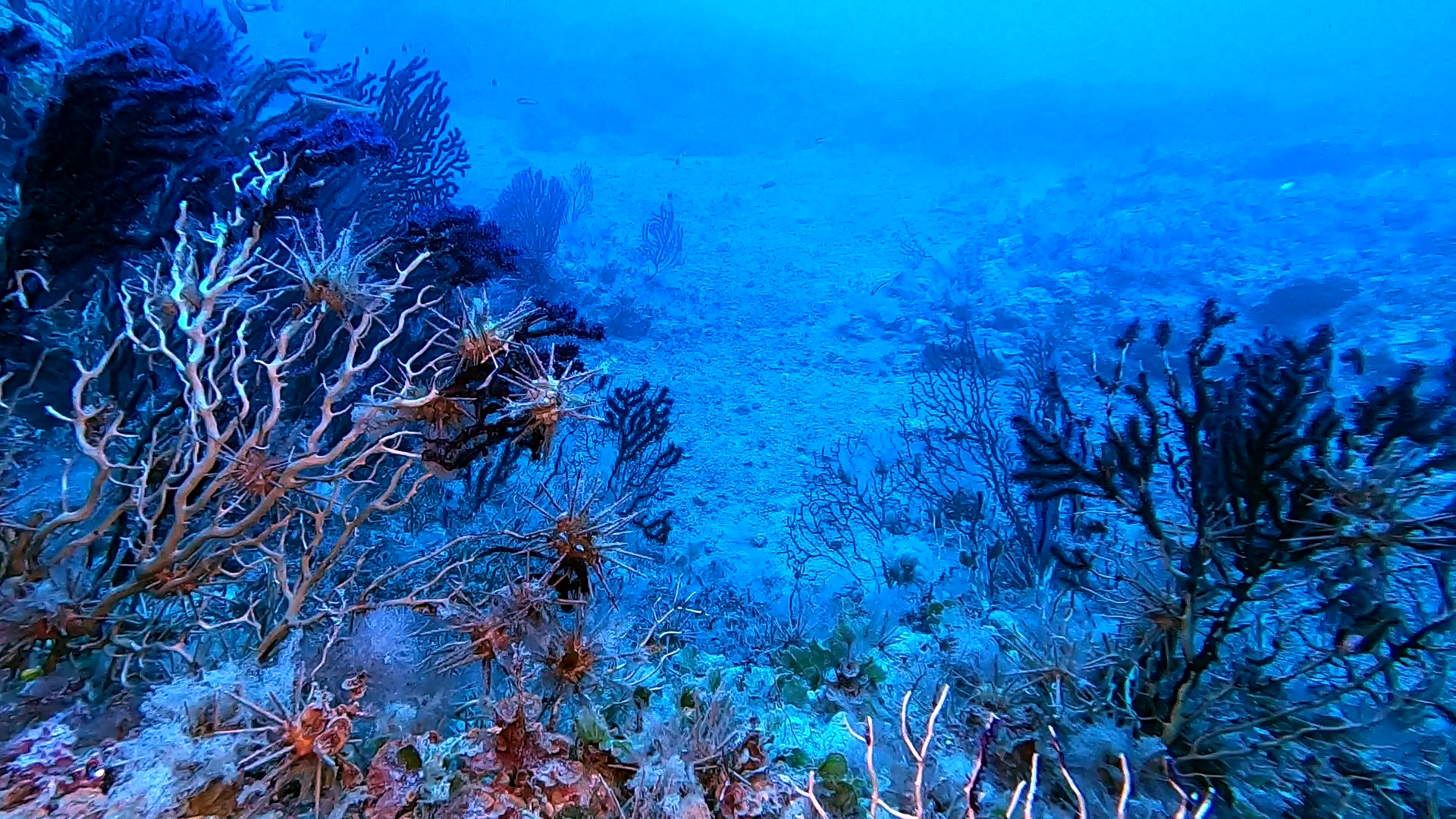 Echinoderms possess a unique water vascular system. This is a network of fluid-filled canals derived from the coelom (body cavity) that function in gas exchange, feeding, sensory reception and locomotion. This system varies between different classes of echinoderm but typically opens to the exterior through a sieve-like madreporite on the aboral (upper) surface of the animal. The madreporite is linked to a slender duct, the stone canal, which extends to a ring canal that encircles the mouth or oesophagus. From this, radial canals extend along the arms of asteroids and adjoin the test in the ambulacral areas of echinoids. Short lateral canals branch off the radial canals, each one ending in an ampulla. Part of the ampulla can protrude through a pore (or a pair of pores in sea urchins) to the exterior and is known as a podium or tube feet. The water vascular system assists with the distribution of nutrients throughout the animal’s body and is most obviously expressed in the tube feet which can be extended or contracted by the redistribution of fluid between the foot and the internal sac. 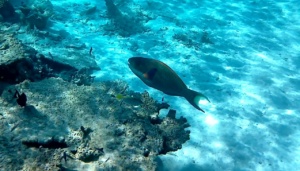 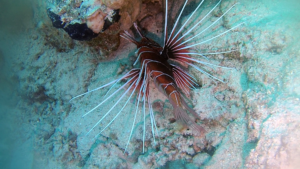