This video was made on 11 June 2021 in the reefs of Lighthouse Vada near Livorno, over 6 miles from the coast of Castiglioncello at a depth of over 42 meters. The show caused me a strong upset; in over 40 years of scuba diving I have never seen such a strong presence of marine mucilage in the first days of June at such a high depth. The mucilage phenomenon occurs more and more often between the end of July and August at depths that generally do not exceed 20 meters. This direct testimony wants to join the alarm, launched for some time by marine scientists and biologists, about the environmental warming of the seas and oceans. sos mediterraneo e oceani 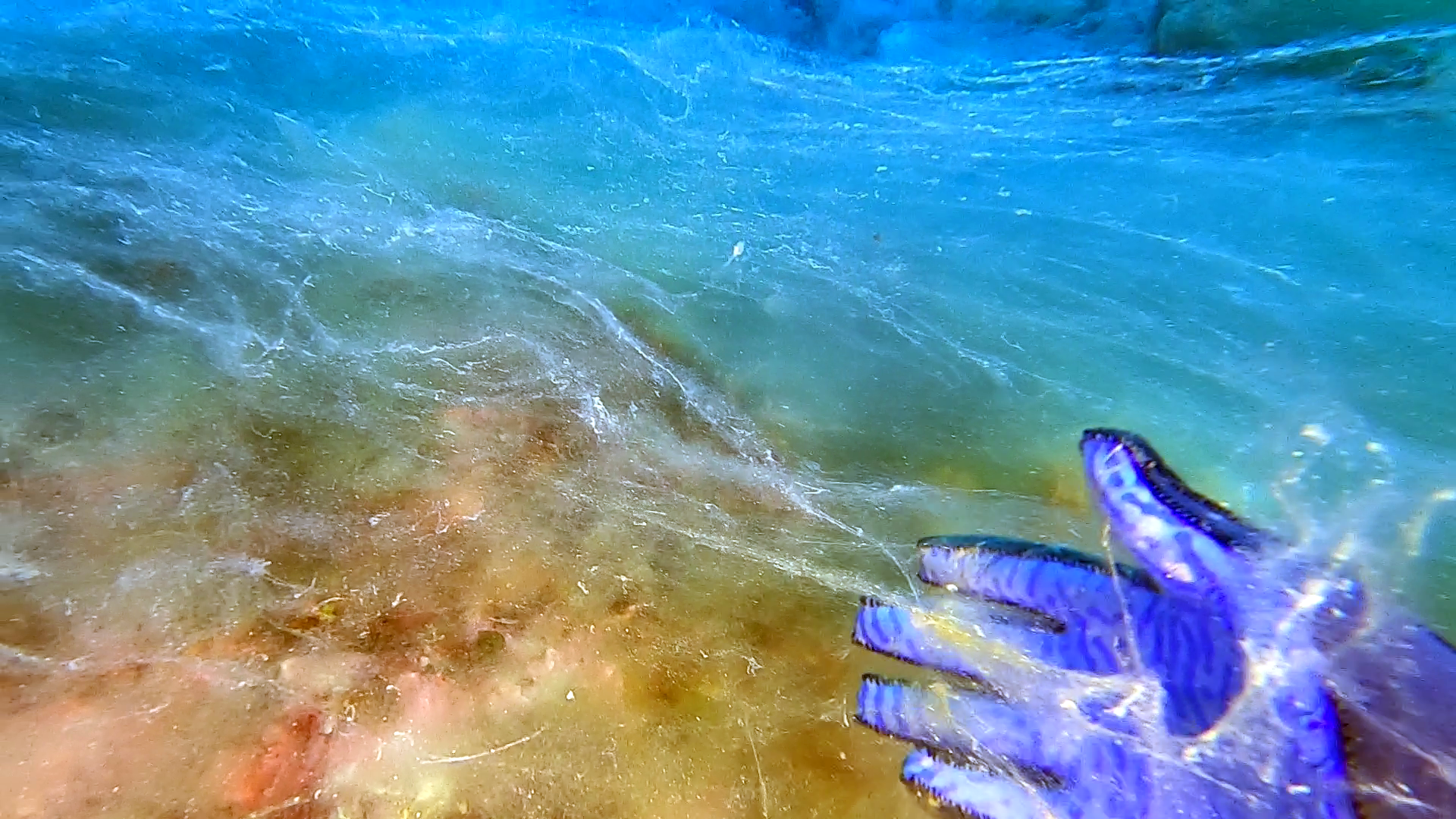 We are witnessing an excessive exploitation of a resource that we know only partially and that we do not take into due consideration. When tragic climatic events occur on the earth’s surface, we feel directly involved because the mass media, newspapers, televisions, etc. they talk extensively about it showing pictures of the events; but what happens under the surface of the sea only a few can see and their testimony is not collected and socialized by the media like atmospheric events; instead, it is necessary to act quickly in correcting the effects of climate change and human activity also for the seas and oceans. 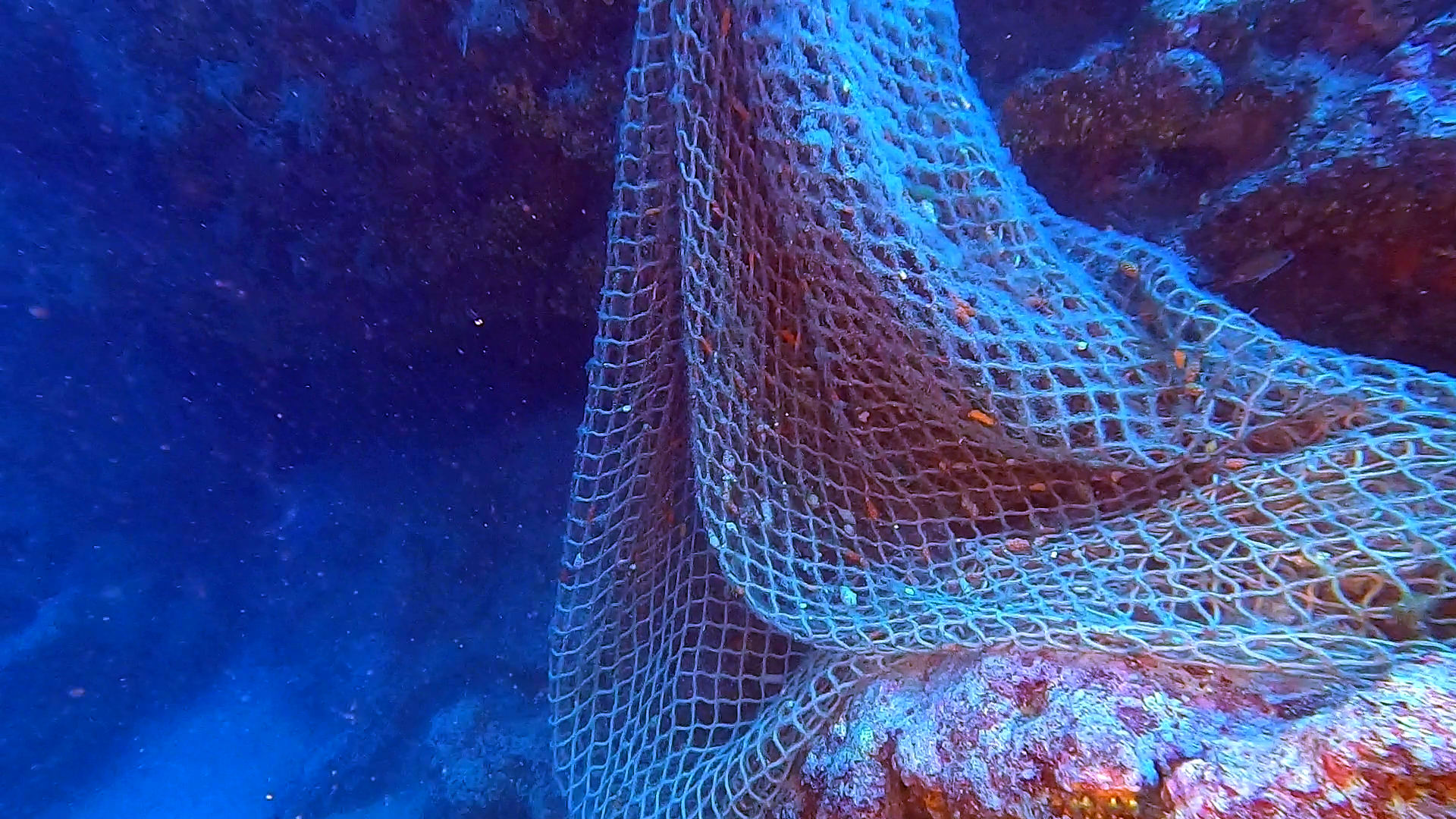 The video also shows incorrect behavior of the fishing activity; in fact, a trawl net was stuck to the reef and therefore lost because an attempt was made to practice this fishing even on the rocks, destroying the barrier with damage to the already heavily stressed out ecosystem. Man wants to go into space to conquer new planets and is unable to safeguard the one wonderful planet he lives on !? It is not only necessary to reflect on this statement, but it is necessary to act quickly at all levels of responsibility even in our small daily habits. “The Earth is not our property but we have borrowed it from our children and grandchildren”. 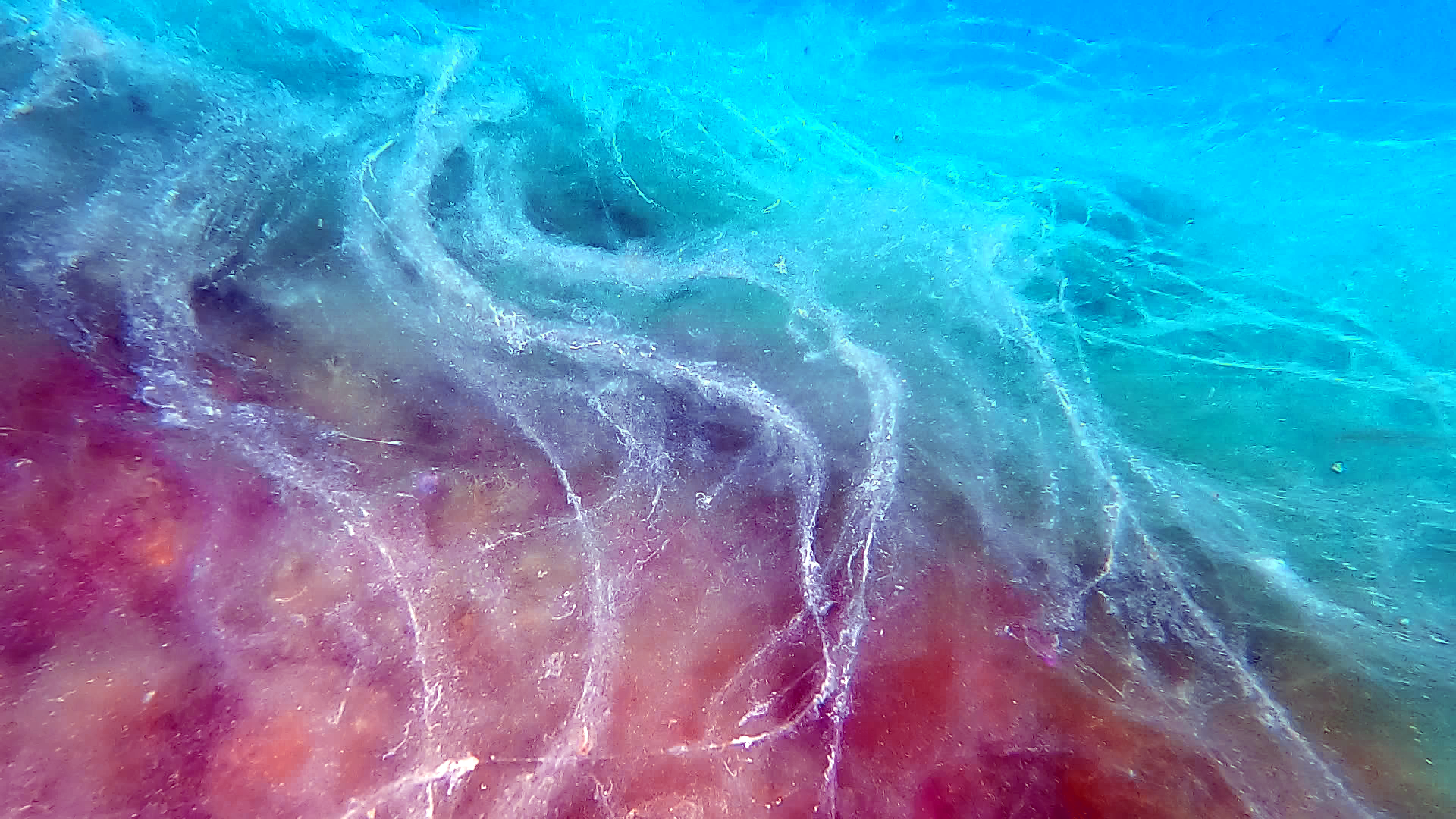 The Mucilage caused by marine heating. Nobody can deny that the warming of our planet Earth is now evident even to those who still harbor doubts and uncertainties. Climate change is present at all levels of our ecosystems: from tropical forests to the oceans. As you can see in the video made between 39 and 42 meters deep six miles off the coast of the Secche di Vada i document what is happening more and more frequently in the Mediterranean during the summer when the heating reaches the highest peaks and various types of mucilages are formed which, starting from the surface of the sea, reach more than 40 meters deep. 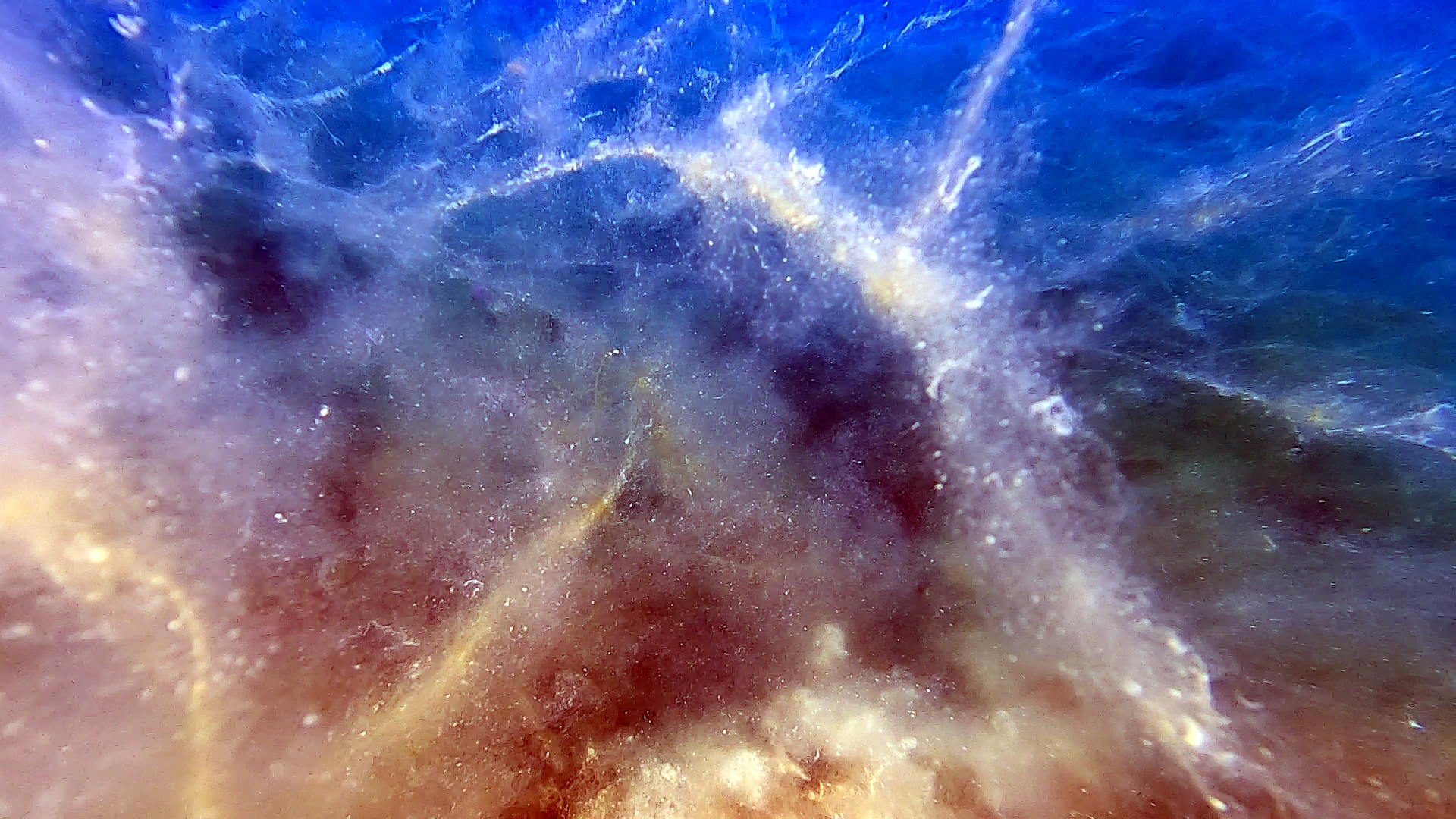 The temperature of the Mediterranean during the summer period increasingly reaches 27 ° -28 ° C. and beyond and if we consider that rivers carry more and more quantities of nutrients used in agriculture it becomes easy to think that the phenomena of mucilage inflorescences will be destined to increase considerably.Mucilages are the most obvious phenomenon that stands out of all to see, but I must say as a direct witness that there are other phenomena that are no less worrying that are changing the ecosystem of the Mediterranean Sea such as the proliferation of Mnemiopsis leidyi that has been included in the the list of 100 of the most harmful invasive species in the world and which intotheblue.it documents among its videos. When the mucilages are deposited massively on the bottom, they create a blanket that prevents gaseous exchanges with the overlying layers of water and leads to the suffocation of marine organisms and animals that cannot move such as bivalves. 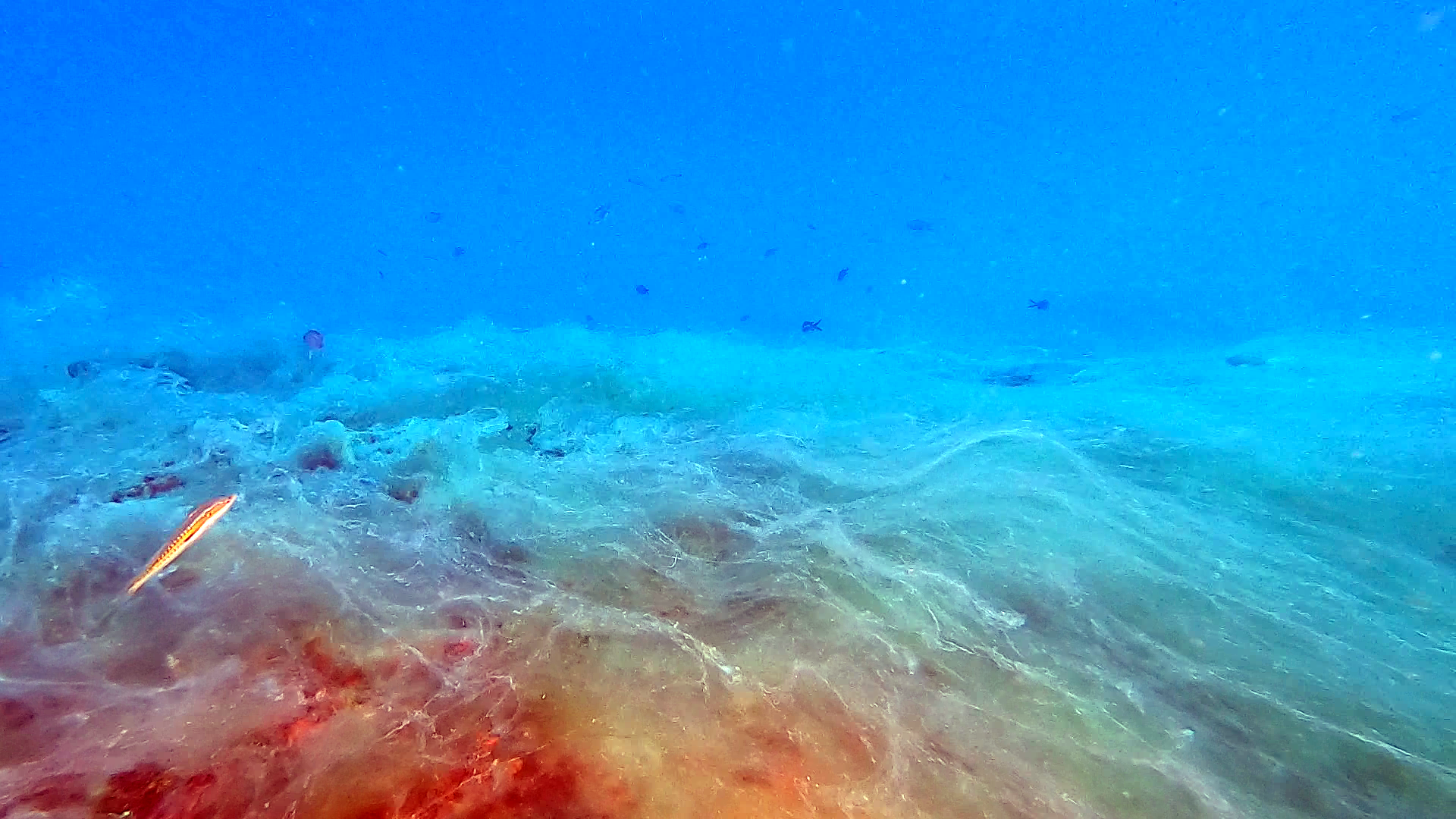 In addition to the direct effects on marine organisms, the layers of mucilage deposited on the substrate can aggravate dystrophic situations already in progress, as degrading processes of the organic substance develop with the consumption of oxygen below the deposited clouds.The mucilages, in addition to causing serious environmental damage, cause economic damage to fishermen because in the areas affected by the phenomenon there is scarcity of fish and the fishing nets are filled with these aggregates, not allowing them to perform their function. 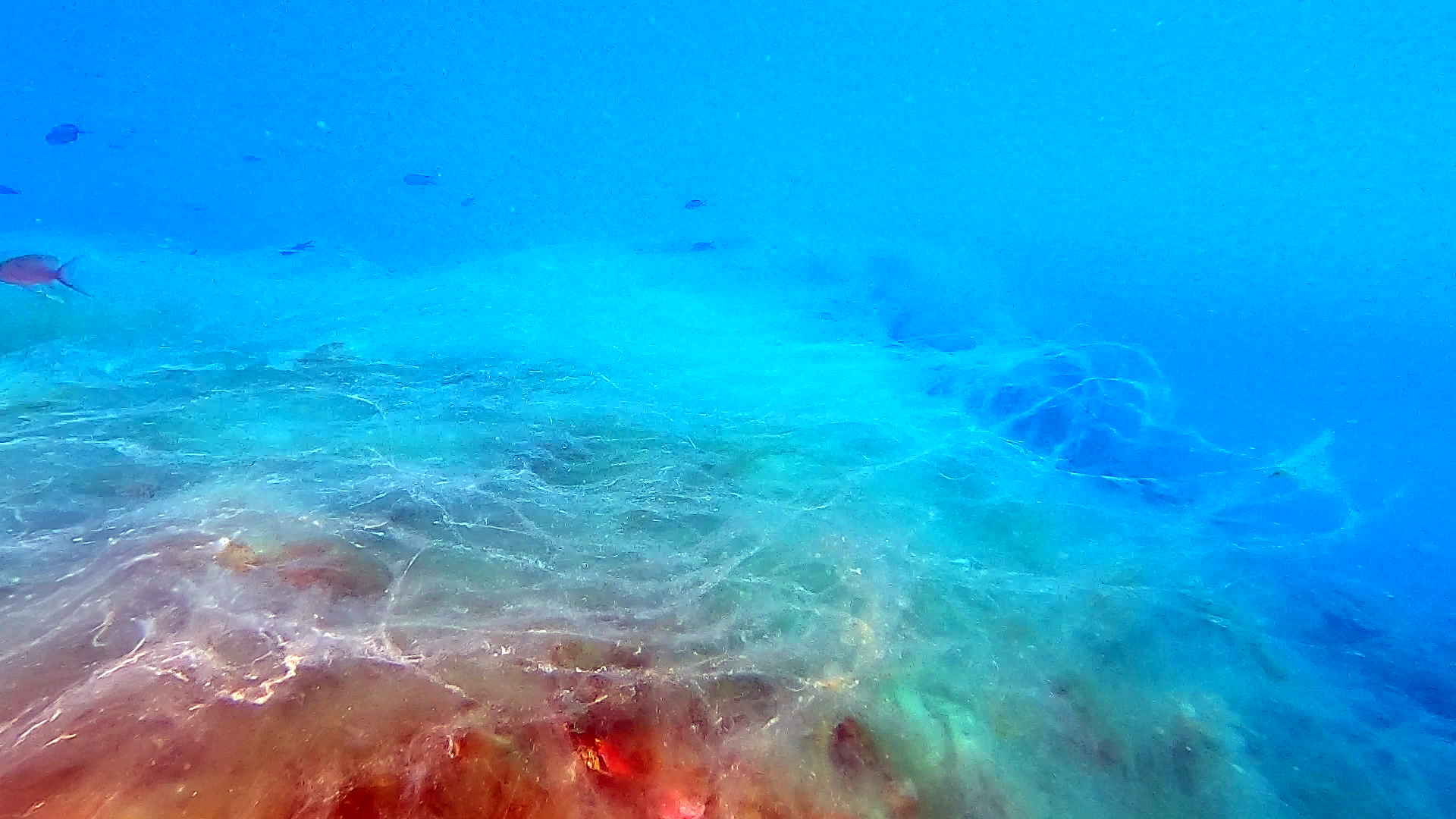 I want to invite, through the pages of this website, all divers who dive into the waters of the Mediterranean Sea to report those situations of climate warming and marine pollution that can cause damage to such a delicate ecosystem. 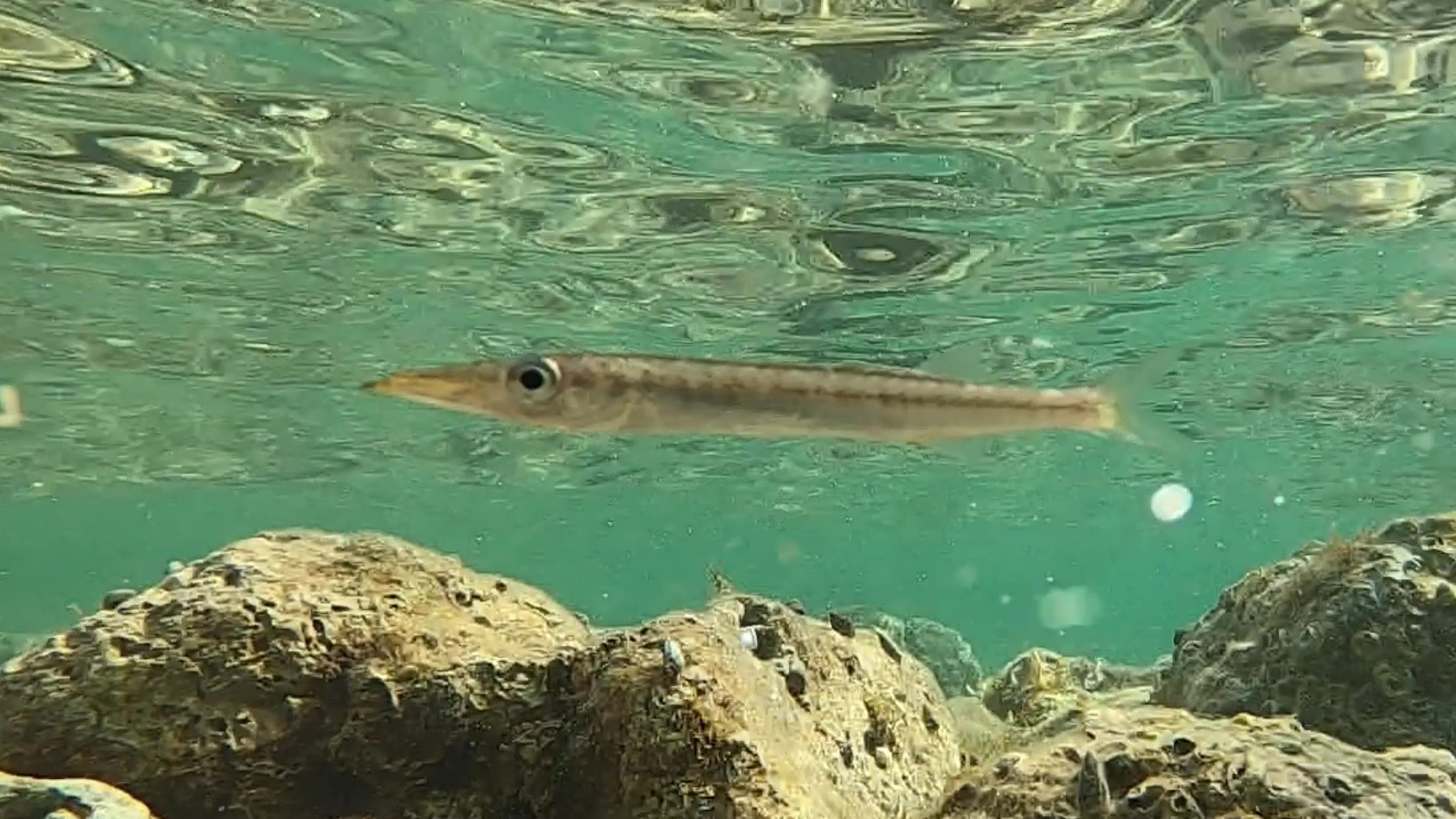 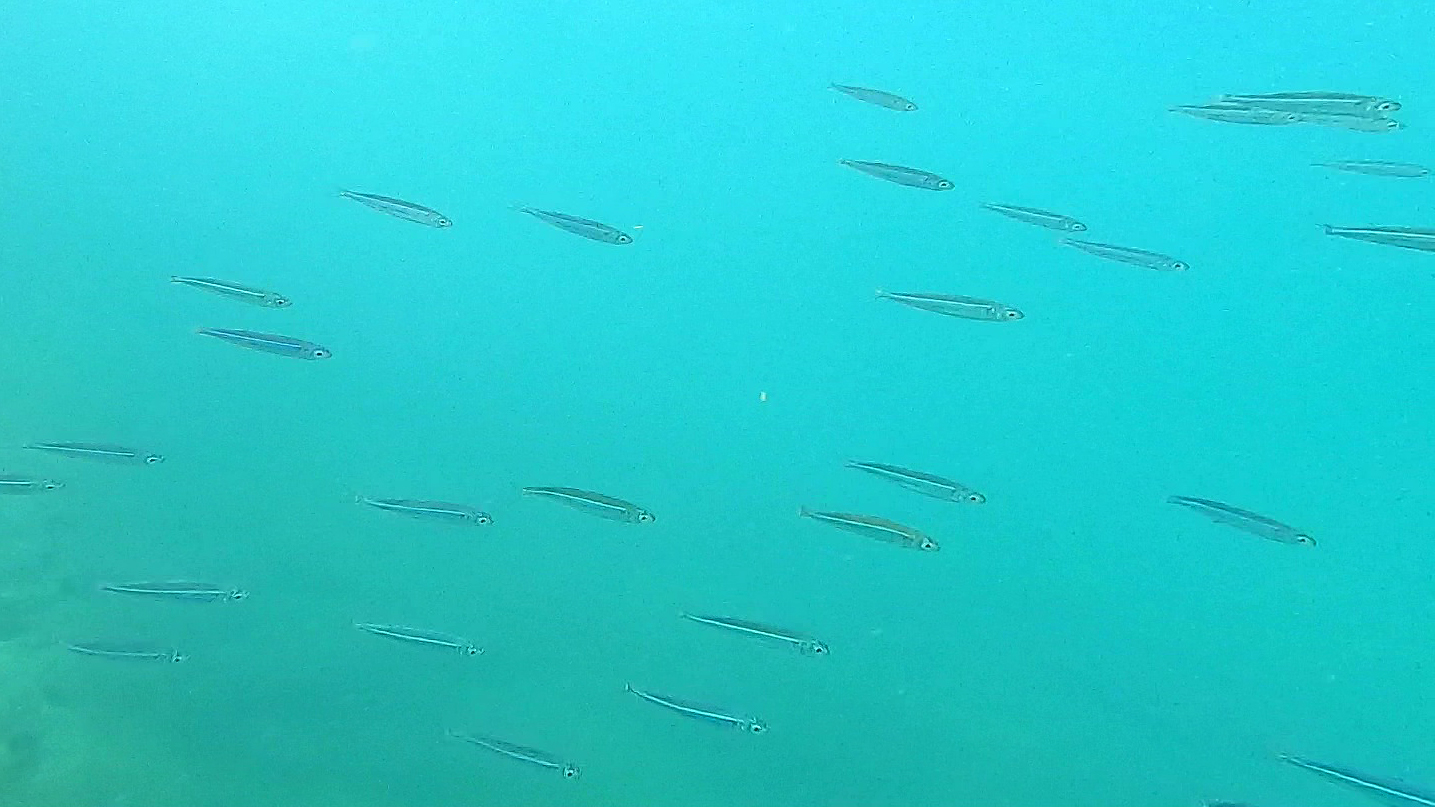 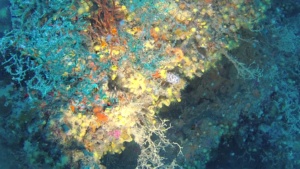 Jorunna funebris, common name the dotted nudibranch, is a large species  of sea lung, a dorid nudibranch, a...