With this article we add a new species to the Nudibranchis filmed on intotheblue.it. This is Felimare picta, one of the most colorful sea snails belonging to the genus Nudibranchia in the Mediterranean Sea. 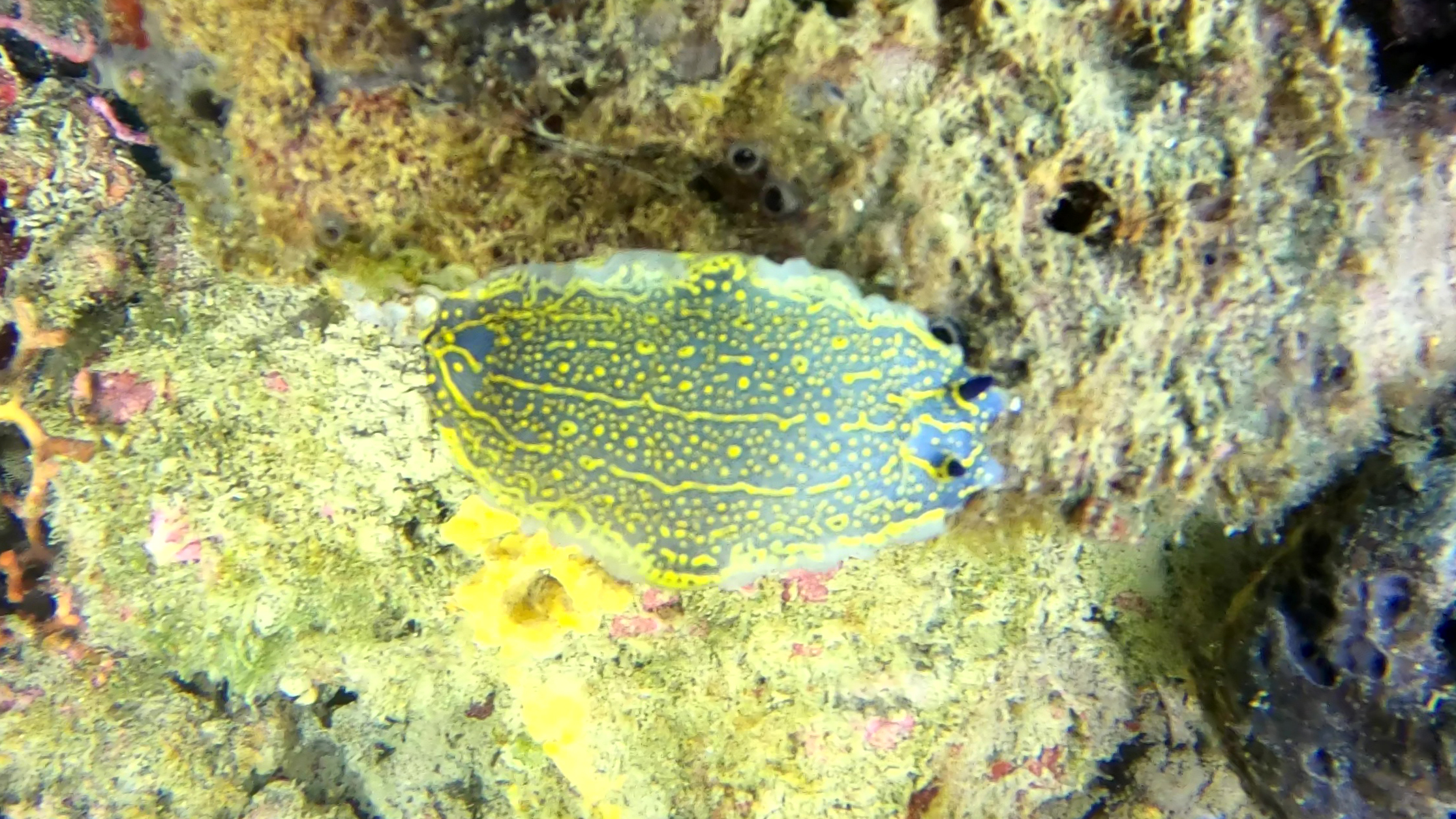 We are on a depth of about 46/52 meters on a shoal away from the coast about 5/6 miles, the wall mainly consists of red gorgonians, corals and sponges of the porifera and verongia genus. In this kind of diving it is possible to appreciate all the beauty of the Mediterranean Sea and the beautiful colors of this particular underwater world. Too bad, however, that we do not always manage to find the right conditions. The turbidity of the water and the poor visibility certainly do not help to make good shots and above all to find the various organisms we are trying to film.

In fact we found the Felimare picta almost by chance and thanks to our torches and the light (which never seems to be too much) we were able to take some nice shots of this colorful dorid. 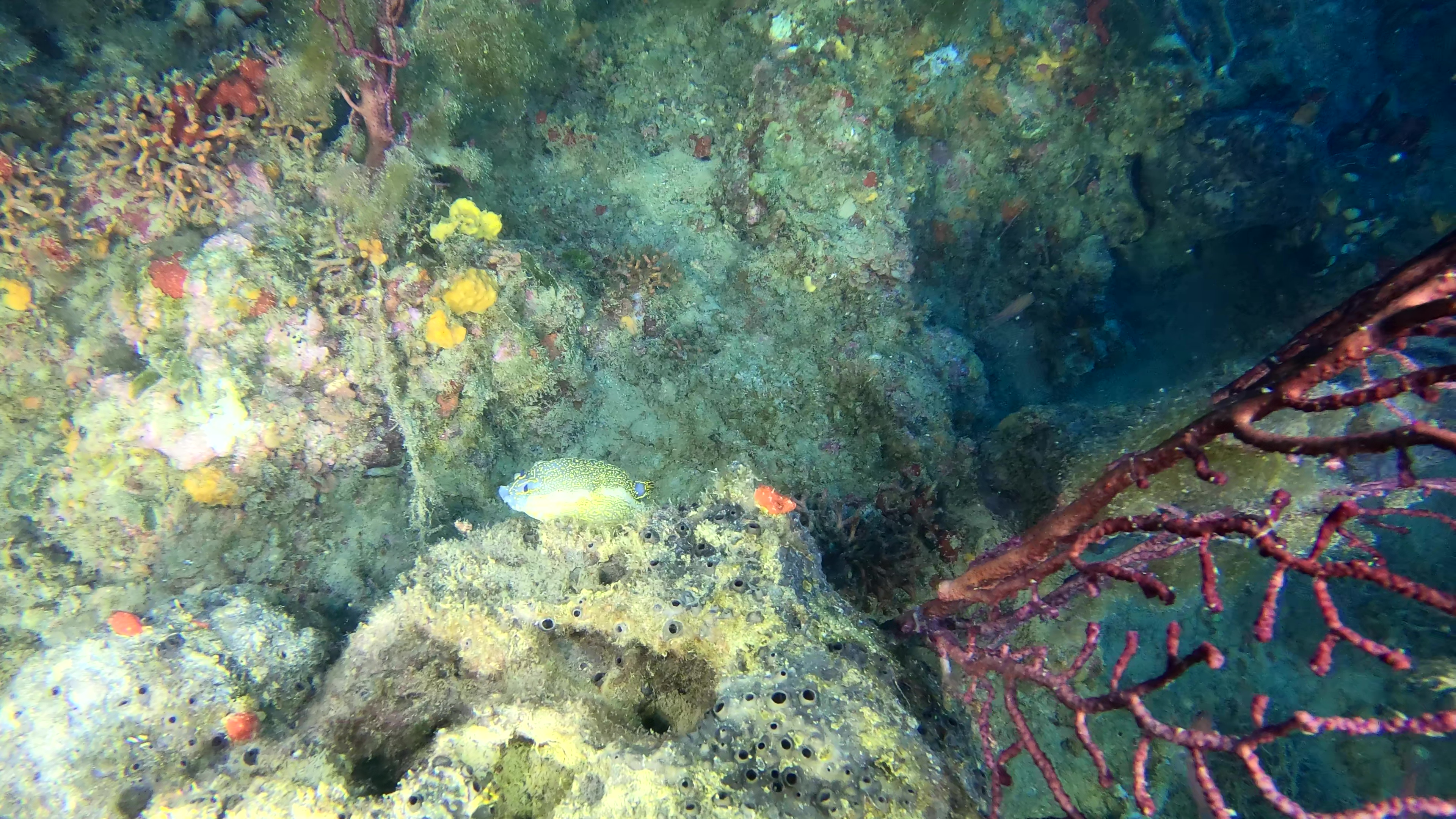 Painted dorid, Felimare picta (Schultz in Philippi, 1836) is a nudibranch mollusk of the Chromodorididae family.

Description
Variable body color from blue to purple, yellow or green, with irregular yellow markings. It has six different subspecies. Up to 20cm in length. The most common form is that of azure-blue color with yellow spots and lines.

Biology
It feeds on the Dysidea fragilis sponge or those of the genus Ircinia.

Description
This nudibranch grows to about 13 cm (5.1 in) in length and feeds on sponges of the Dysidea genus. They are typically large animals, often reaching 50-80mm. The background color is dark blue, almost black in some Atlantic specimens, while in the Mediterranean the older specimens are generally discolored, becoming pale blue, slightly purplish. 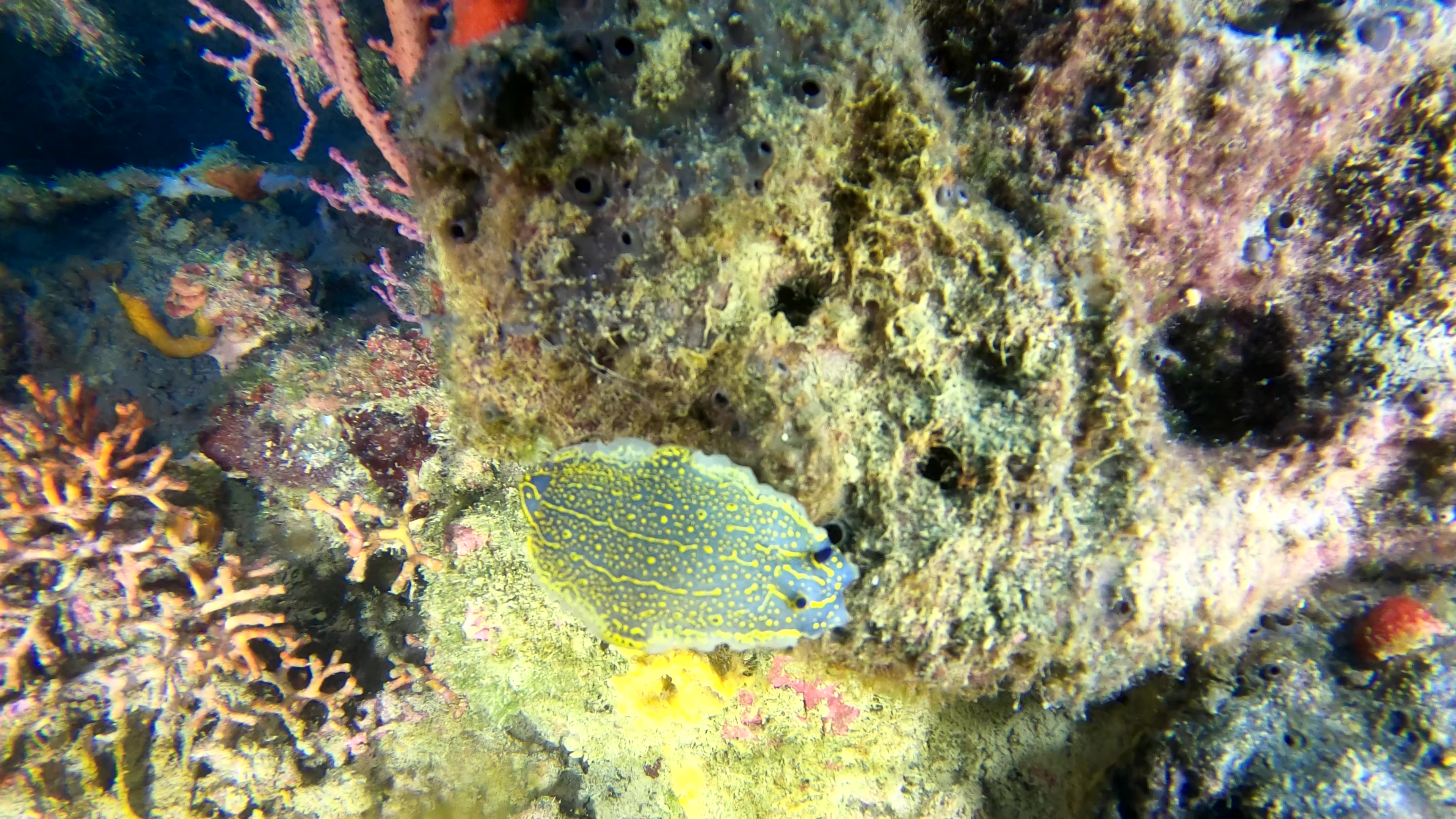 This nudibranch grows to about 13 cm (5.1 in) long and feeds on sponges of the genus Dysidea. They are typically large animals, often reaching 50–80 mm. The background colour is dark blue, almost black in some Atlantic specimens, while in the Mediterranean the oldest specimens are usually discoloured, becoming pale blue, somewhat violet.

The colouration changes with growth. The smallest animals (10 mm (0.39 in)) have the edge of the mantle with an irregular width and white colour, except for a yellowish band in the middle of the back, looking similar to Felimare gasconi or Felimare orsinii. They also have blackish, rounded spots scattered along the inner side of the edge. At 15–20 mm (0.59–0.79 in) the edge is already yellow in front of the rhinophores and behind the gill, there are still white areas between these areas and the mid-lateral. Between 20–25 mm (0.79–0.98 in) the edge of the mantle becomes totally yellow.

The yellow colouration of the dorsum develops from three more or less discontinuous lines that end in the branchial orifice, without forming a circle around it, with only the middle line extending behind the gill. At the head the two lateral lines completely surround the rhinophore orifices of the adults but do not form a closed ring in the youngest ones; in all cases they tend to extend ahead of the rhinophores. In the Azorean specimens there are no orange continuous lines on the back, only spots; slightly aligned or irregularly distributed. In all cases, the Azores animals have a spotted design, those from the Canary Islands have lines and spots, while those from Madeira have the intermediate situation. 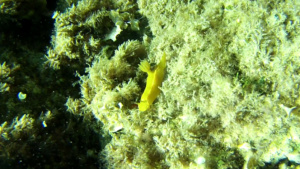 The nudibranchs (Nudibranch (Blainville, 1814)) are a suborder of mollusks of the order Opisthobranchia, which... 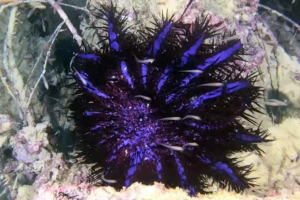 Crown-of-thorns starfish, Acanthaster planci, is a large starfish that preys upon hard, or stony, coral polyps...