The Emperor Angelfish (Pomacanthus imperator) is a species of marine angelfish. It is a reef-associated fish, native to the Indian and Pacific Oceans, from Red Sea to Hawai and the Austral Islands. This species is generally associated with stable populations and faces no major threats of extinction. It is a favorite of photographers, artists, and aquarists because of its unique, brilliant pattern of coloration. pesce angelo imperatore 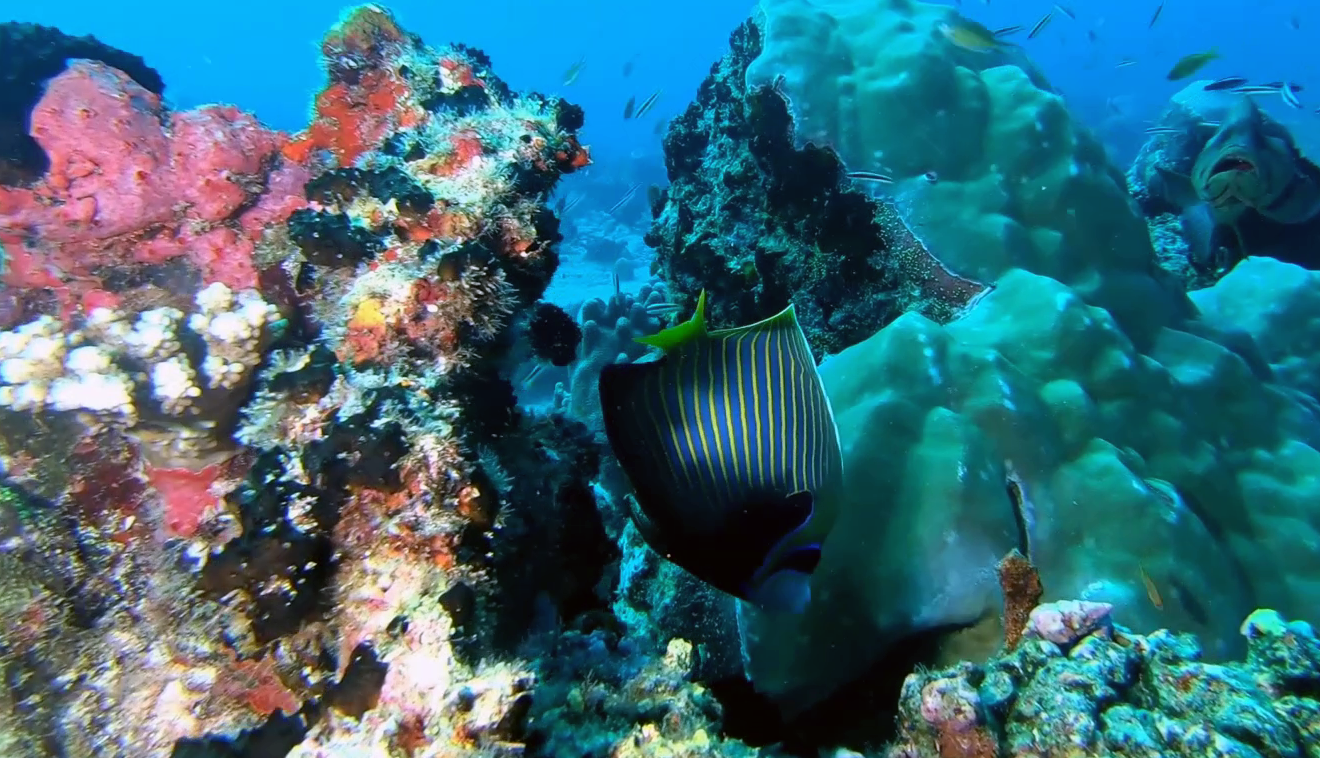 This species ranges from coastal East Africa and the Red Sea in the west, to the Tuamotu Islands and Line Islands. Some populations have been observed as far as southern Japan to the Great Barrier Reef in Australia, New Caledonia, and the Austral Islands. Rare sightings have been recorded in the Hawaiian Islands, Puerto Rico, and Florida. These appearances are most likely due to aquarium release. From 2010 there have been reports that the species is colonizing the southeast Mediterranean, most likely as an invader via the Suez Canal. 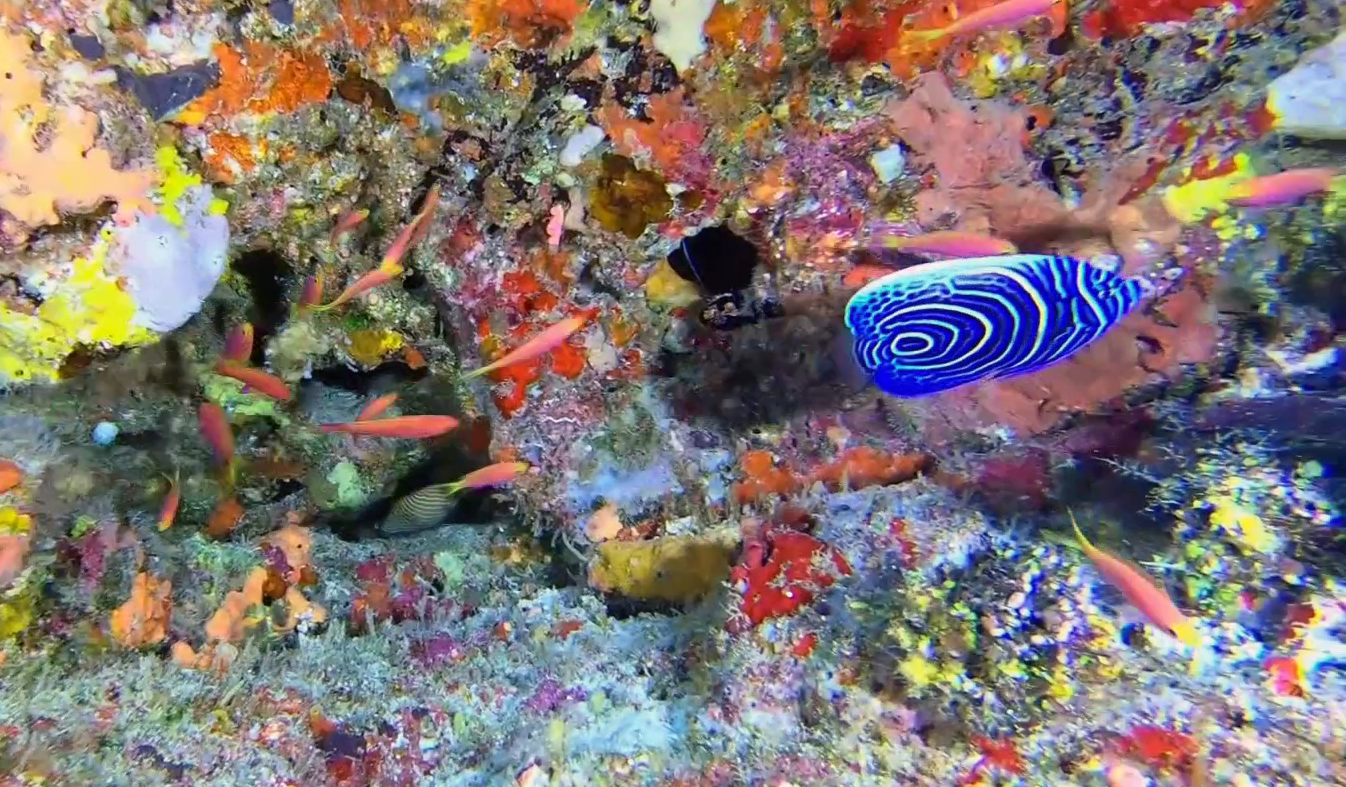 Juveniles are dark blue with electric blue and white rings; adults have yellow and blue stripes, with black around the eyes. It takes about 24 to 30 months for an emperor angelfish to acquire its adult coloring. Full adult size is about 40 cm. The emperor angelfish dwells in reef-associated areas at depths ranging from 1–100 m. Juveniles live alone and inhabit outer lagoon patch reefs or semi-protected exposed channels and reef flats. They act as cleaner fish feeding off parasites and dead skin of larger fish species. Subadults move to reef front holes and surge channels, while mature adults are found in caves in areas of rich coral growth on clear lagoon, seaward, or channel reefs. Males are territorial. 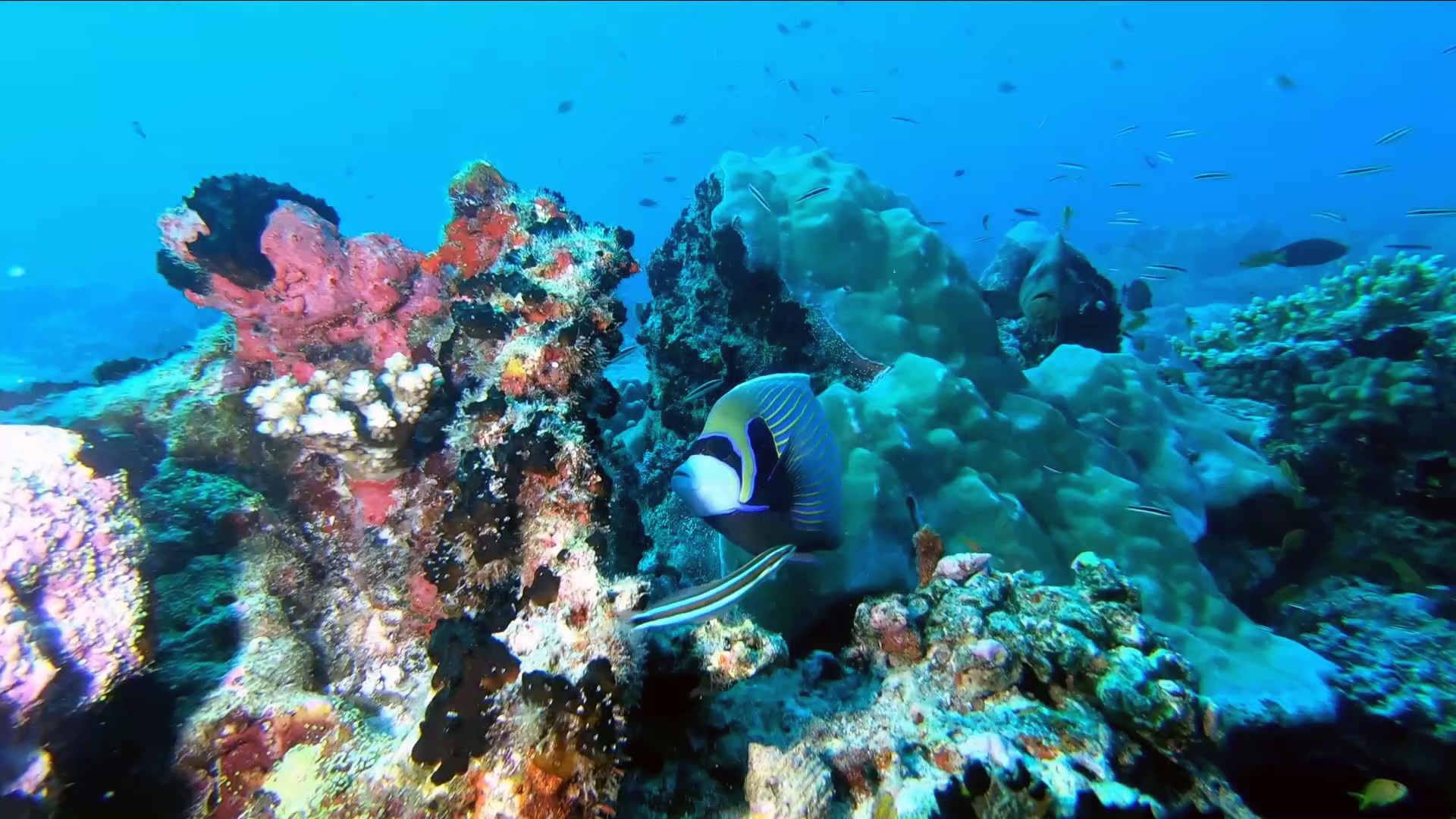 Pairs of Emperor Angelfish ascend to the surface of the water to mate in area where fertilized eggs can be taken away on currents. This allows the eggs to disperse and sends them away from predators dwelling in the reefs below. The Emperor Angelfish is omnivorous, feeding on both small invertebrates and plants. Sponges and algae make up its primary diet. The fish has bulky, strong jaws for chewing up the sponges, which are made up of tiny, needle-like pieces of silica. The digestive tract coats the food with a layer of mucus to protect the gut from the sharp silica. 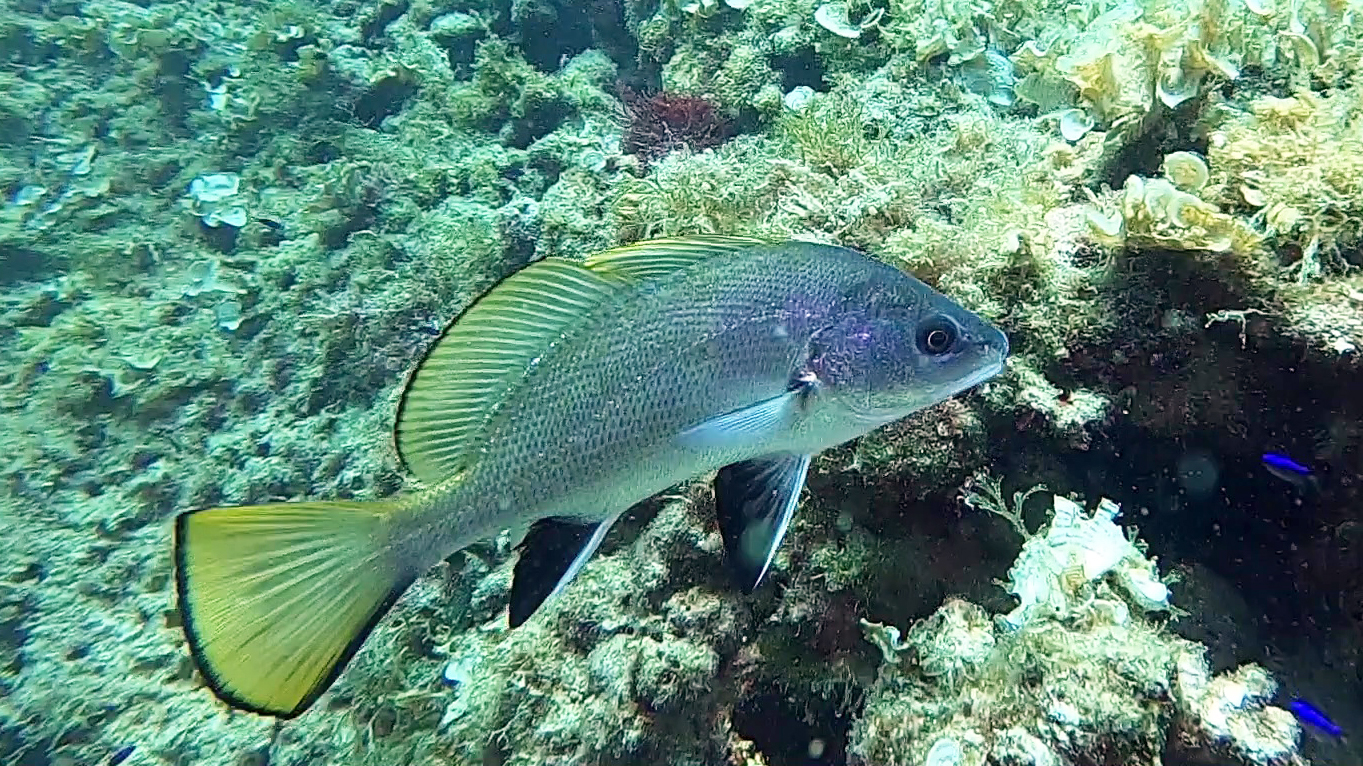 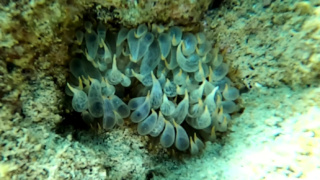 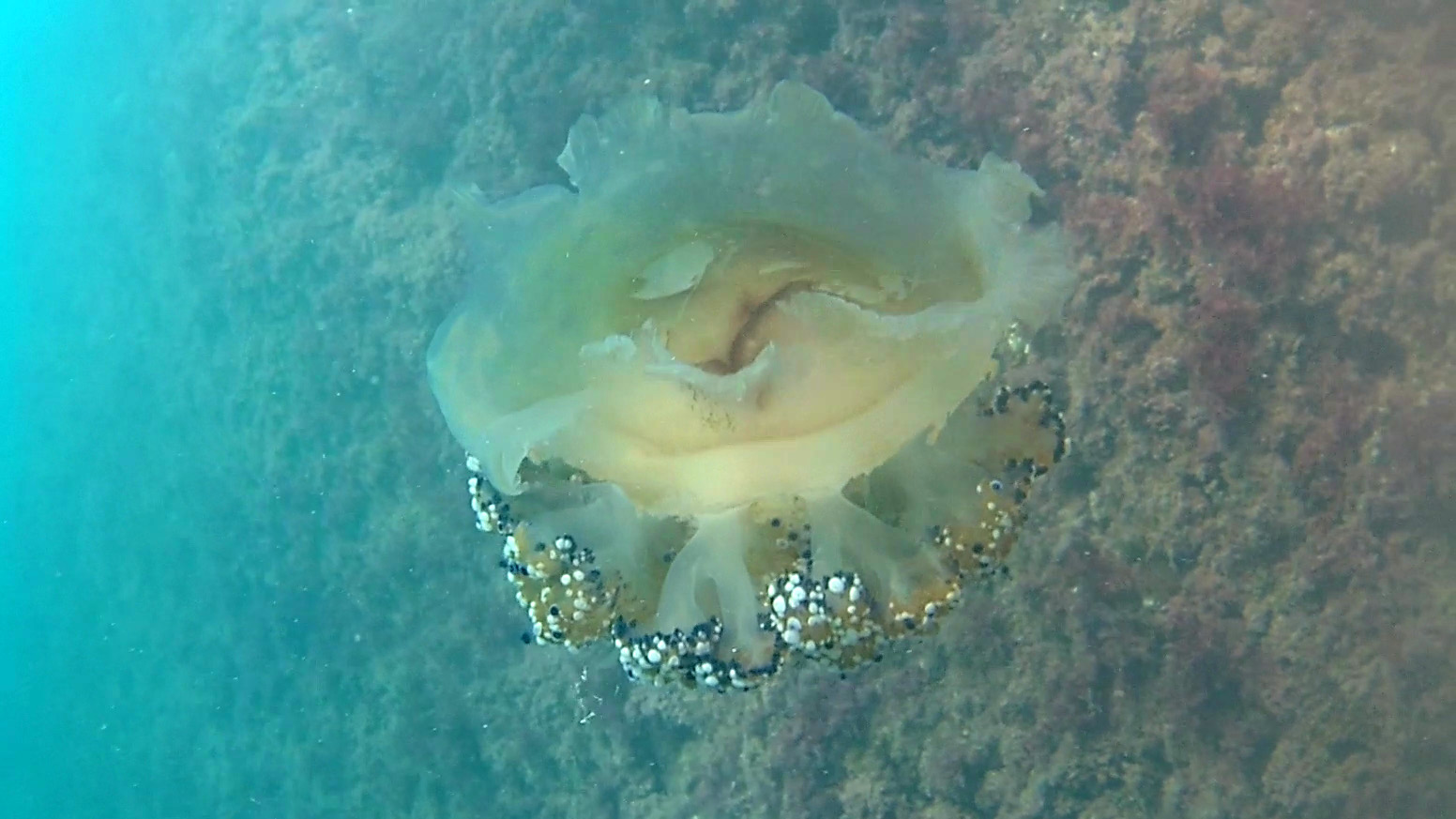