The flathead grey mullet (Mugil cephalus) is an important food fish species in the mullet family Mugilidae. It is found in coastal tropical and subtropical waters worldwide. Its length is typically 30 to 75 centimetres (12 to 30 in). It is known with numerous English names, including the flathead mullet, striped mullet (US, American Fisheries Society name), black mullet, bully mullet, common mullet, grey mullet, sea mullet and mullet, among others. Muggine Cefalo – Mugil cephalus – IntotheBlue.it 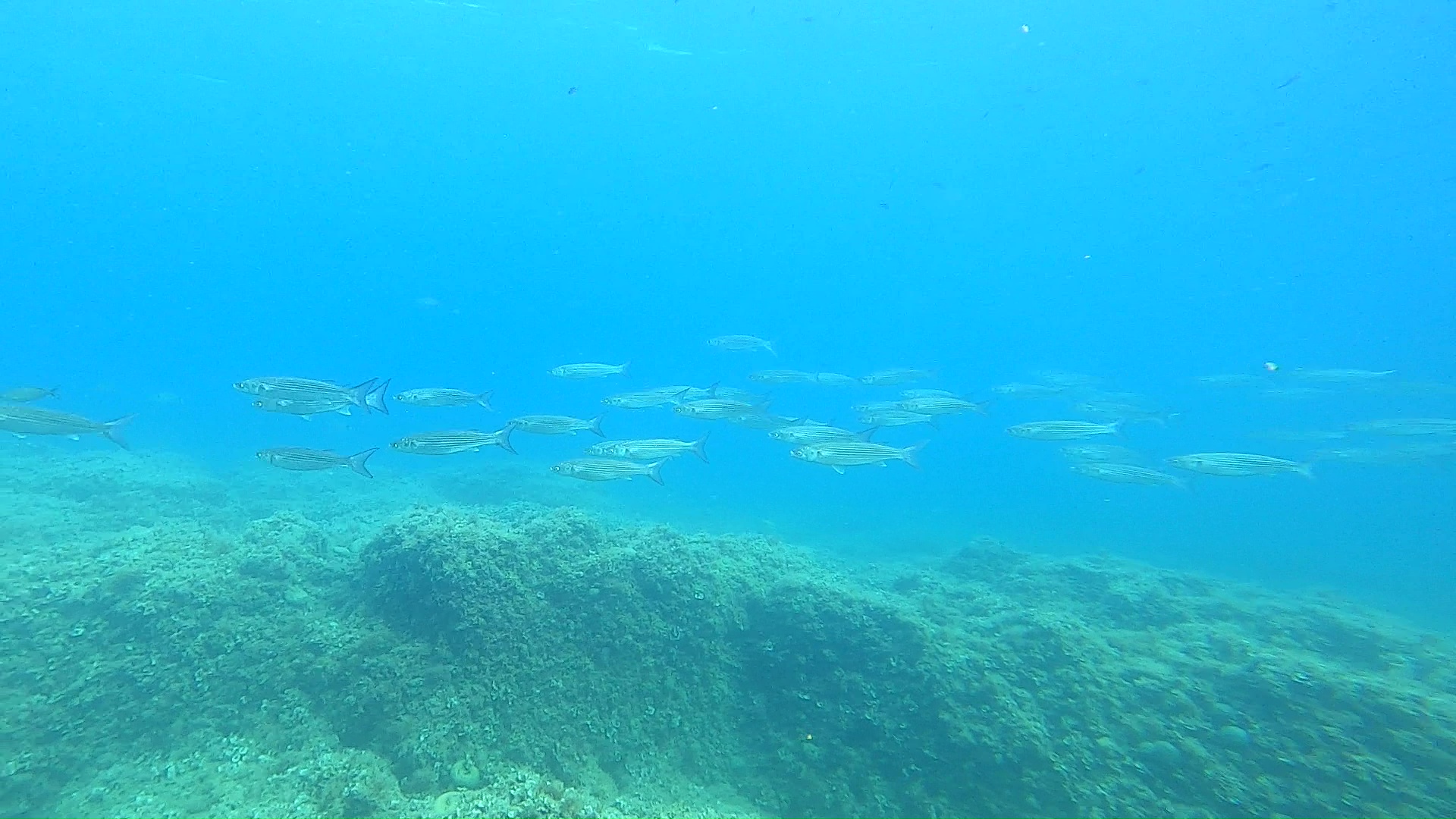 The flathead grey mullet is a mainly diurnal coastal species that often enters estuaries and rivers. It usually schools over sand or mud bottoms, feeding on zooplankton. The adult fish normally feed on algae in fresh water. The species is euryhaline, meaning that the fish can acclimate to different levels of salinity. 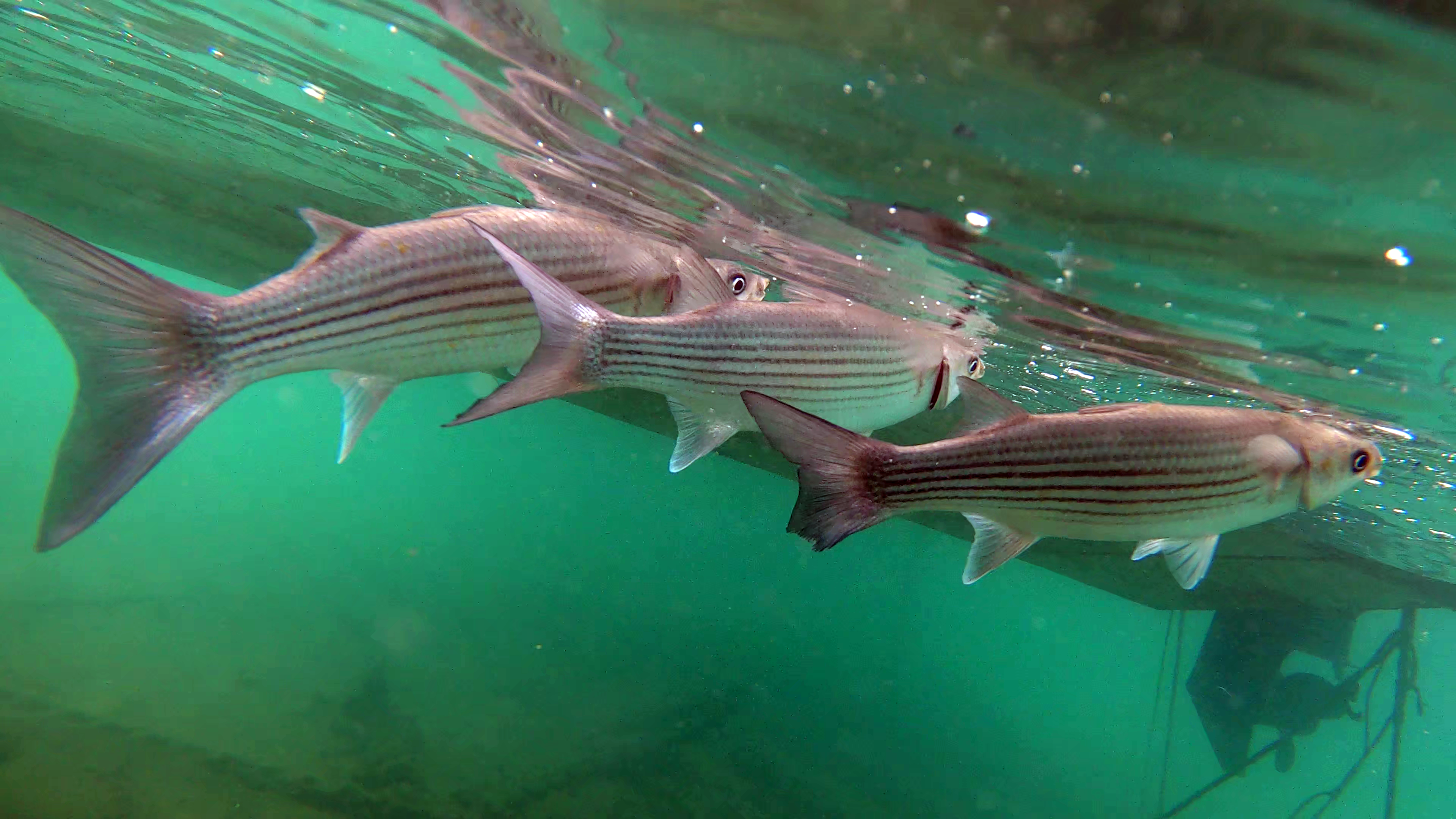 The back of the fish is olive-green, sides are silvery and shade to white towards the belly. The fish may have six to seven distinctive lateral horizontal stripes. Lips are thin. The mullet has no lateral line. A common length is about 50 centimetres (20 in), and its maximum length is 100 centimetres (39 in). It can reach a maximum weight of eight kilograms (18 lb). 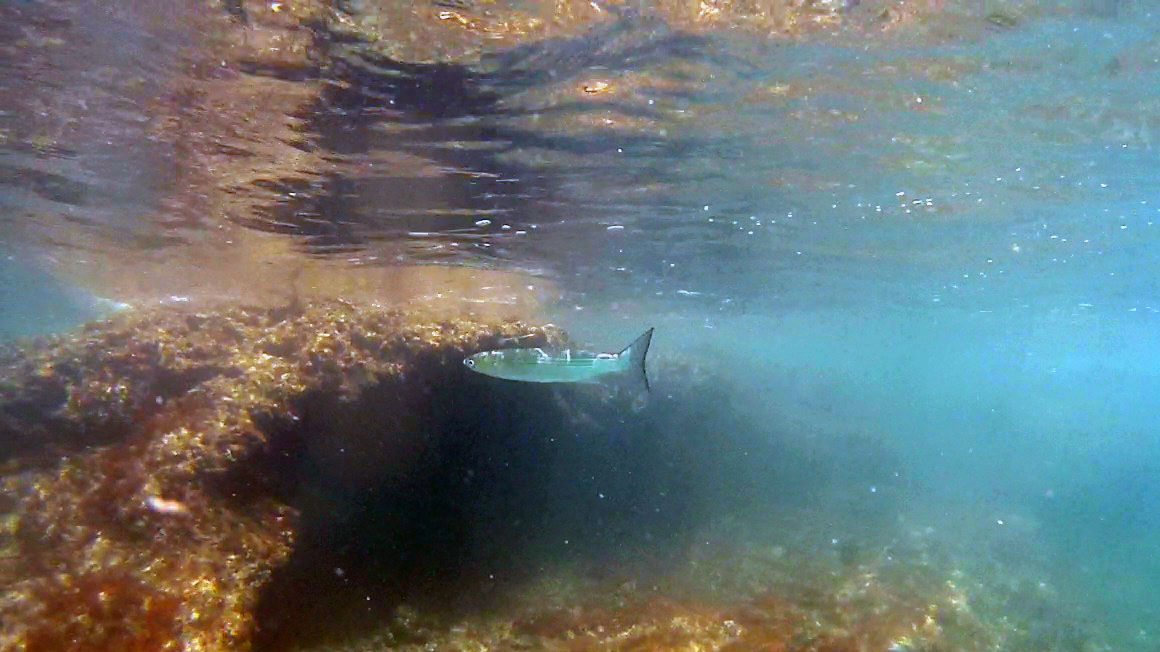 The flathead mullet is cosmopolitan in coastal waters of the tropical, subtropical and temperate zones of all seas. It occupies fresh, brackish and marine habitats in depths ranging between 0–120 metres (0–394 ft) and with temperatures between 8–24 °C (46–75 °F).

Western US freshwater occurrence In freshwaters of the western United States, the striped mullet historically ranged far up the Colorado River to the vicinity of Blythe and up the Gila River to perhaps Tacna. Because of the dams and restricted flows to the Gulf of California, the range in Arizona is restricted to the Colorado River below Laguna Dam and the lower end of the Gila River when there is water present. They are often abundant in the mainstream and lateral canals in the Gila River region. 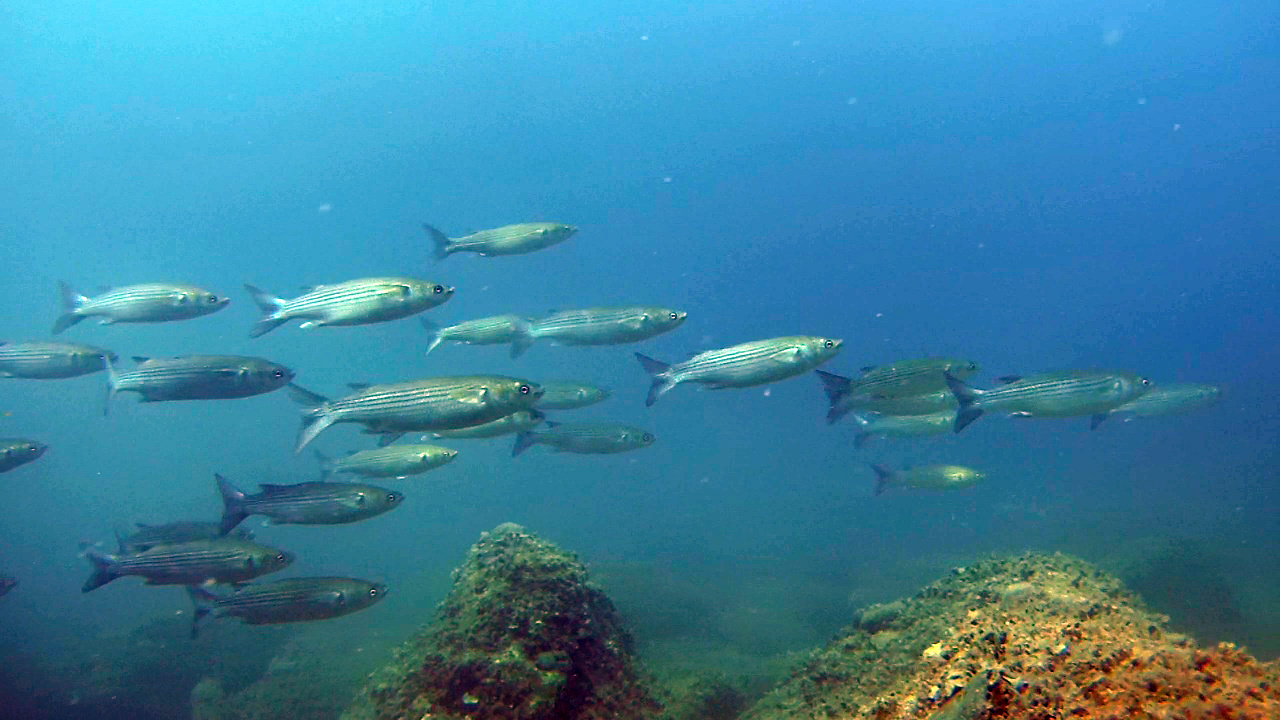 In the Colorado River mullet are pelagic in larger pools, sometimes moving into currents below dams, and generally occurring in small groups. The mullet populations are currently declining in Arizona, due to periods when the Colorado River does not reach the Gulf of California. 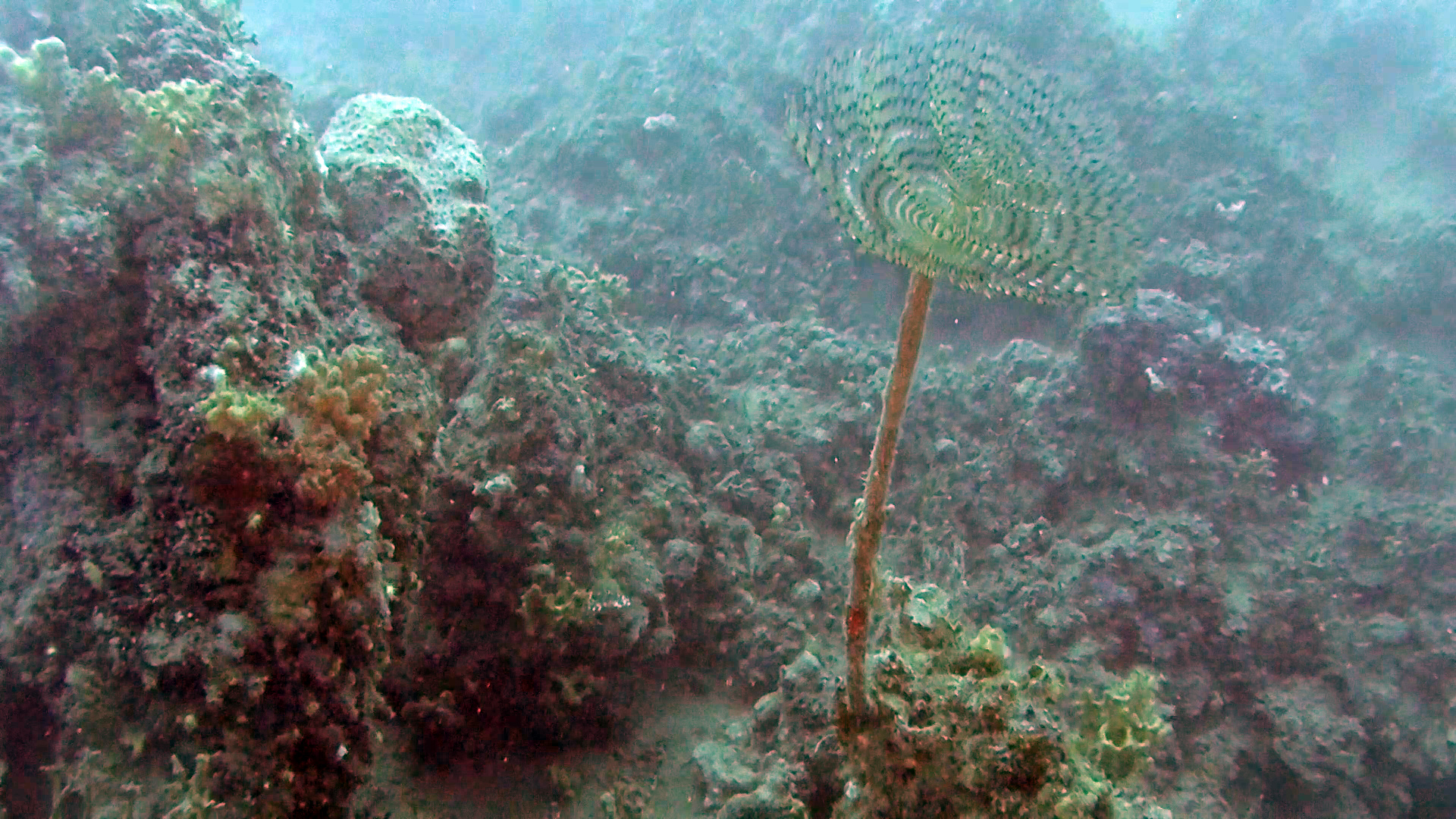 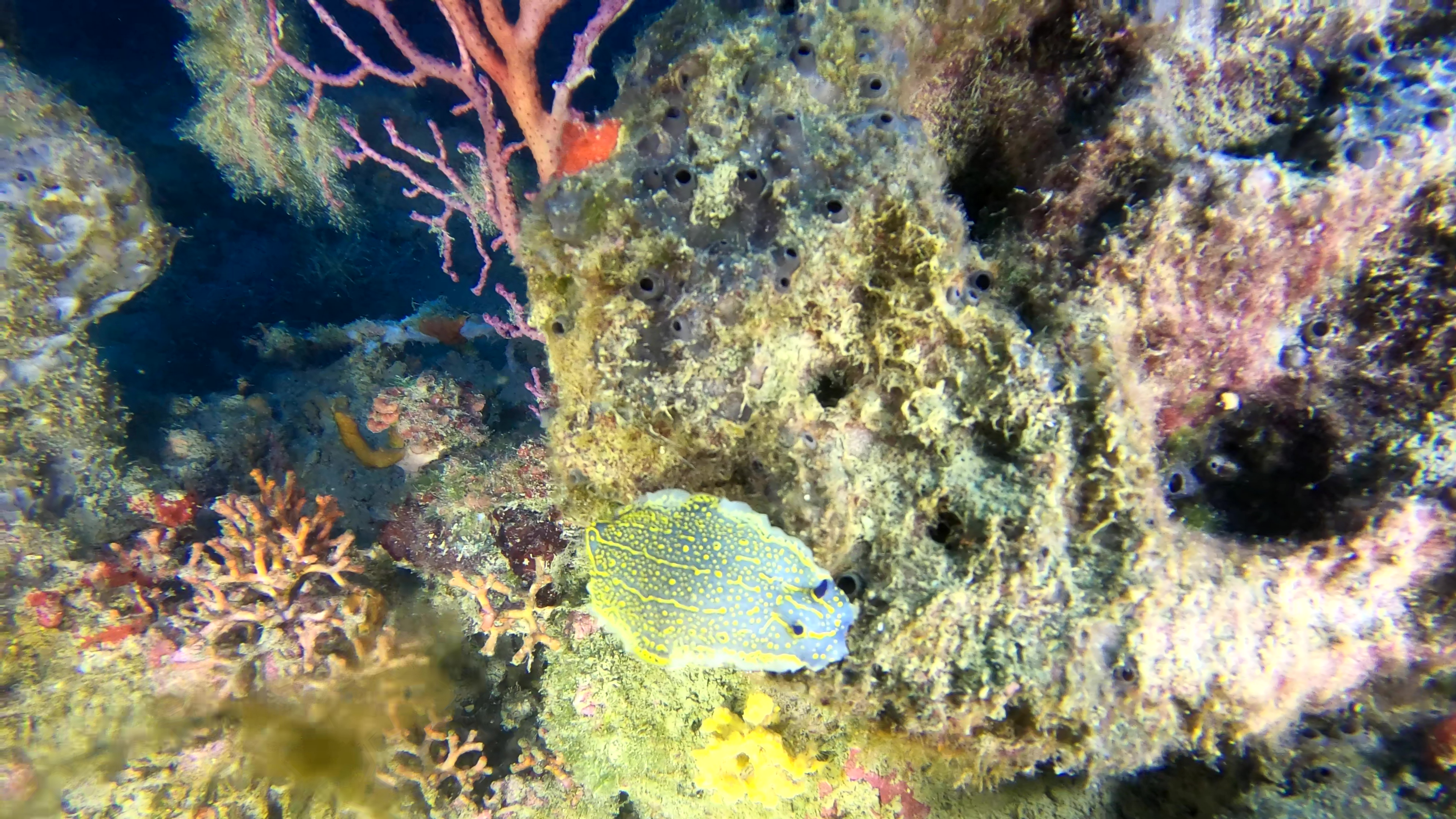 With this article we add a new species to the Nudibranchis filmed on intotheblue.it. This...