The giant moray (Gymnothorax javanicus) is a species of moray eel and a species of marine fish in the family Muraenidae. In terms of body mass, it is the largest moray eel (the slender giant moray is longer). As the name suggests, it is a large eel, reaching up to 3 m (9.8 ft) in length and 30 kg (66 lb) in weight. Its serpentine-shaped body has a brownish background color. While juveniles are tan in color with large black spots, adults have black specks that grade into leopard-like spots behind the head and a black area surrounding the gill opening. 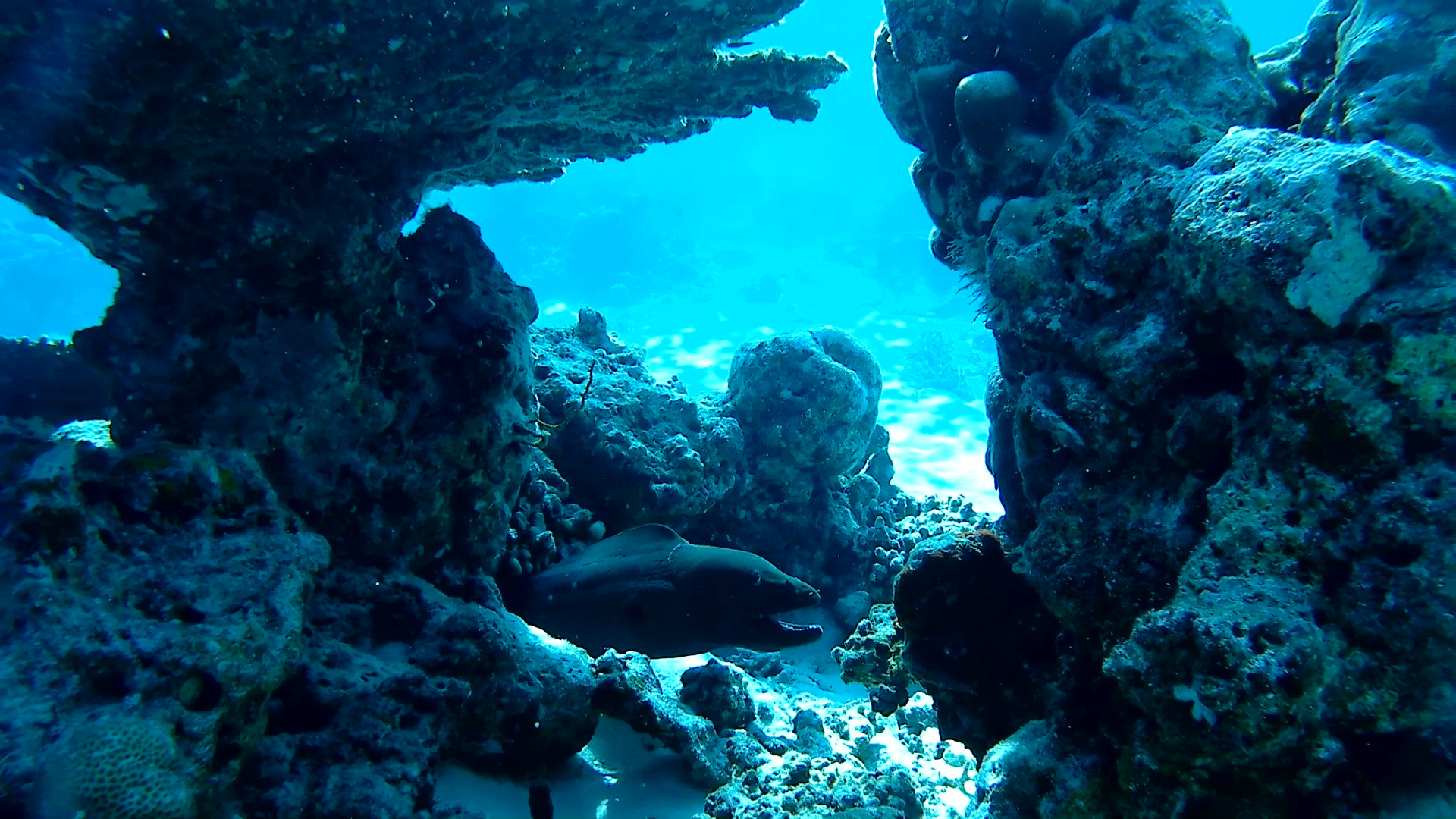 The giant moray is widespread in the Indo-Pacific region, being found from eastern coast of Africa, Red Sea included, until the Pitcairn group, Hawaiian islands and also Polynesia. North to south Japan and south to New Caledonia, Fiji and the Austral Islands. It lives in lagoons and on the outer slopes of coral reefs, during the day it sits sheltered in crevices between 1 and 50 meters deep. Biology The giant moray is carnivorous. It leaves its lair at night to actively hunt its prey along the reef. It mainly feeds on fish and occasionally on crustaceans. It is known to engage in cooperative hunting with the roving coral grouper (Plectropomus pessuliferus). This moray eel was recently identified as natural predator of the lionfish Pterois miles in its native habitat in the Red Sea.

Hazards This species may be hazardous to people. Being at the top of the food chain, it is likely to cause ciguatera poisoning if eaten. It has been implicated in provoked and unprovoked attacks on scuba divers. 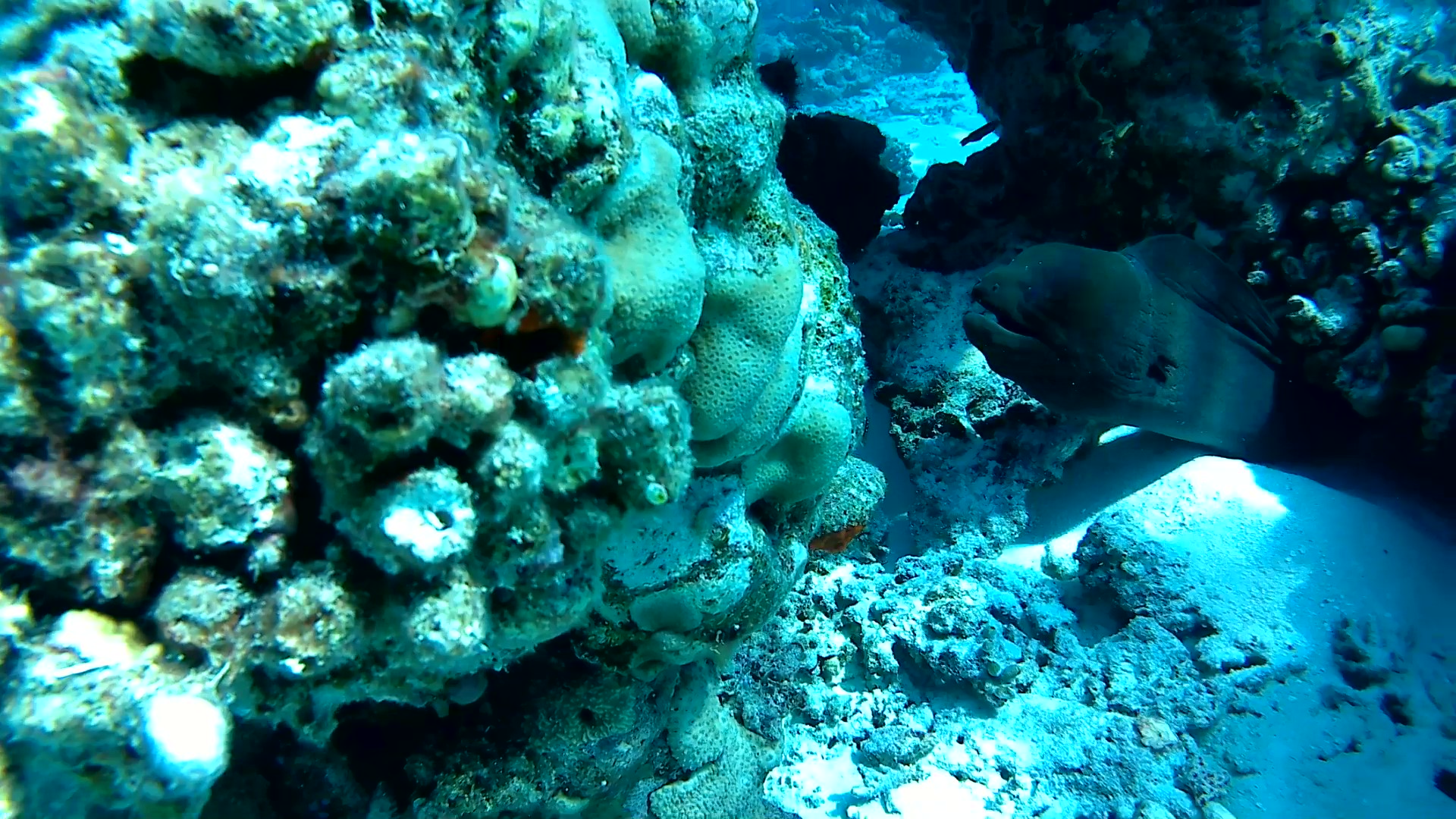 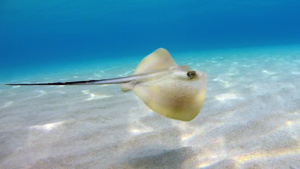