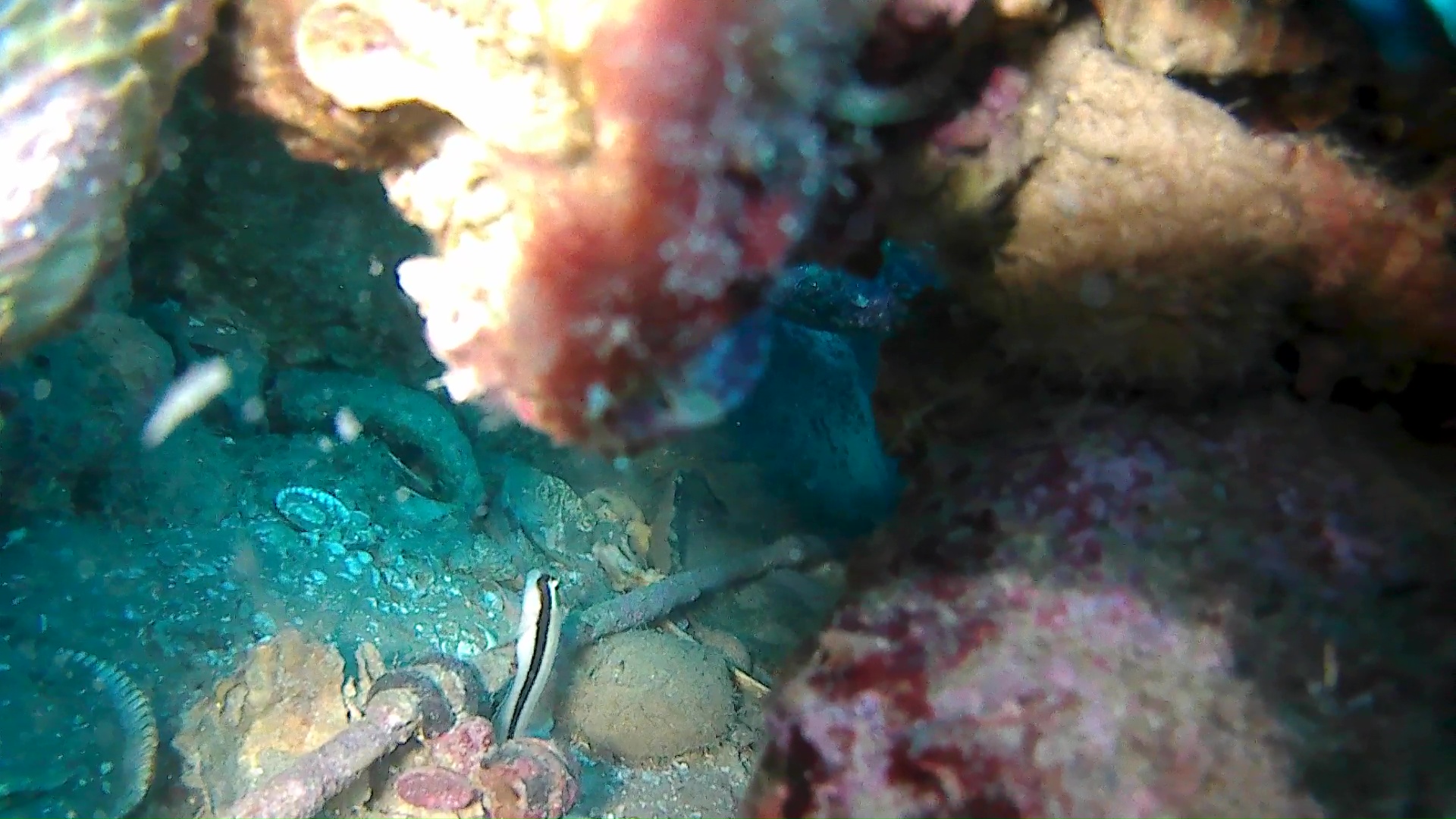 This species is widespread in the northern Mediterranean Sea and in the North-East of the Atlantic (from Portugal to England), from a few meters up to 50 meters deep on hard seabeds, especially in coralligenous.

Typical appearance of a Blenniidae (though rather thin and slender) but easily recognizable by the livery. The body is typically white in color with a black longitudinal band, sometimes reddish, the snout carries some blue lines. The eyes are big, surmounted by two branched supernatural tentacles 3 or 4 times. It reaches 8 centimeters. 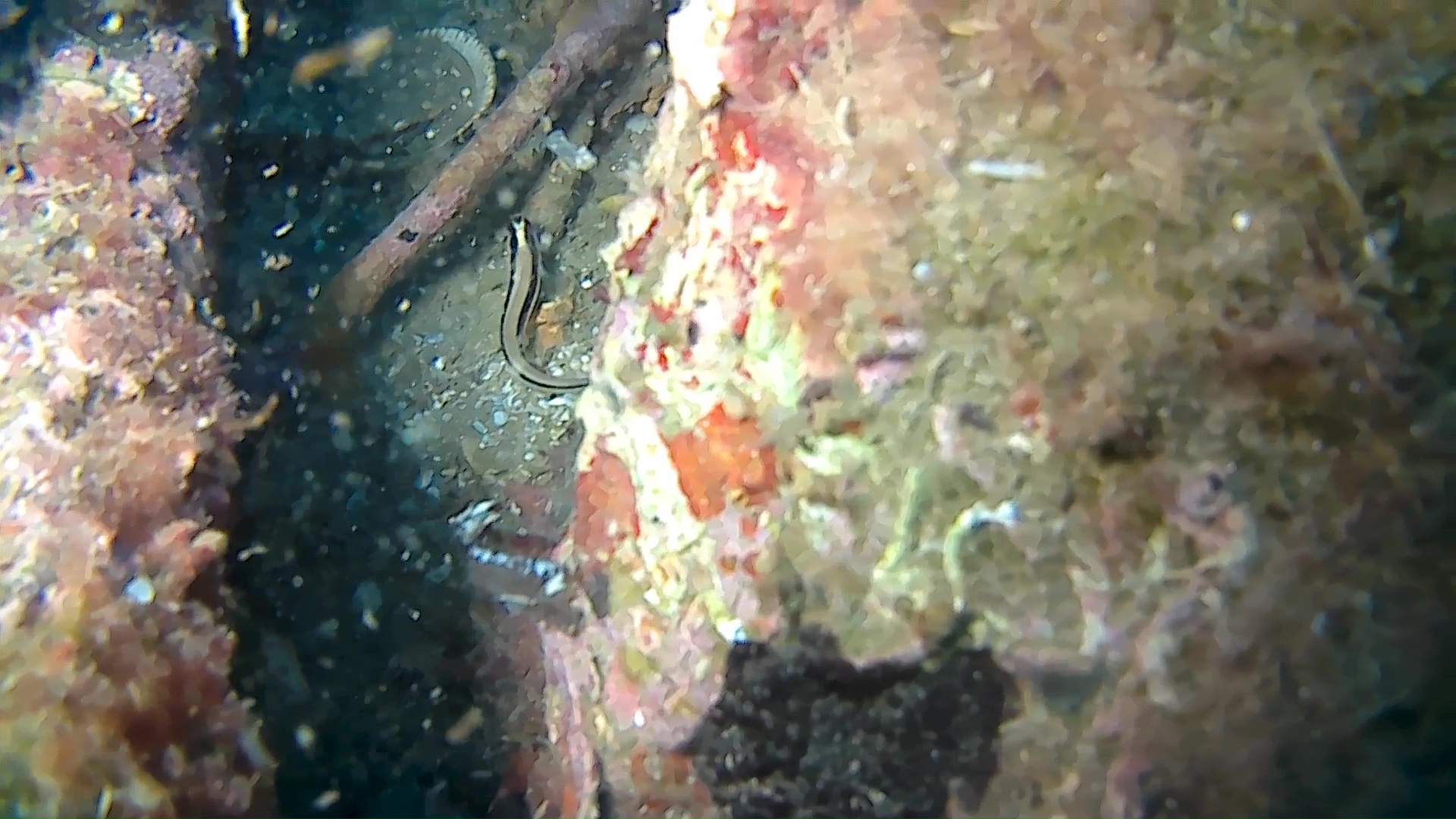 Sexual dimorphism almost absent: the male is only slightly larger than the female. Oviparous. The reproductive period is from May to July. The male guards the den where the female has laid her eggs.

Generally benthic fish, combtooth blennies spend much of their time on or near the bottom. They may inhabit the rocky crevices of reefs, burrows in sandy or muddy substrates, or even empty shells. Generally found in shallow waters, some combtooth blennies are capable of leaving the water for short periods during low tide, aided by their large pectoral fins which act as “feet”. Small benthic crustaceans, mollusks, and other sessile invertebrates are the primary food items for most species; others eat algae or plankton. 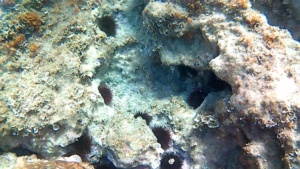 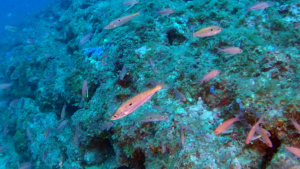 Spicara smaris in italian the Zerro, are those little fish that practically always accompany us...