In these two dives we met the Leopard Goby (Thorogobius ephippiatus) a sea fish belonging to the Gobidae family. In the first we are on a 45 meter seabed made up of coral reefs that rise from a sandy bottom, in the second we are on a patch full of gorgonians but isolated in a bottom of mud and debris at a depth of about 52/53 meters. Leopard-spotted goby Thorogobius ephippiatus Ghiozzo leopardo intotheblue.it 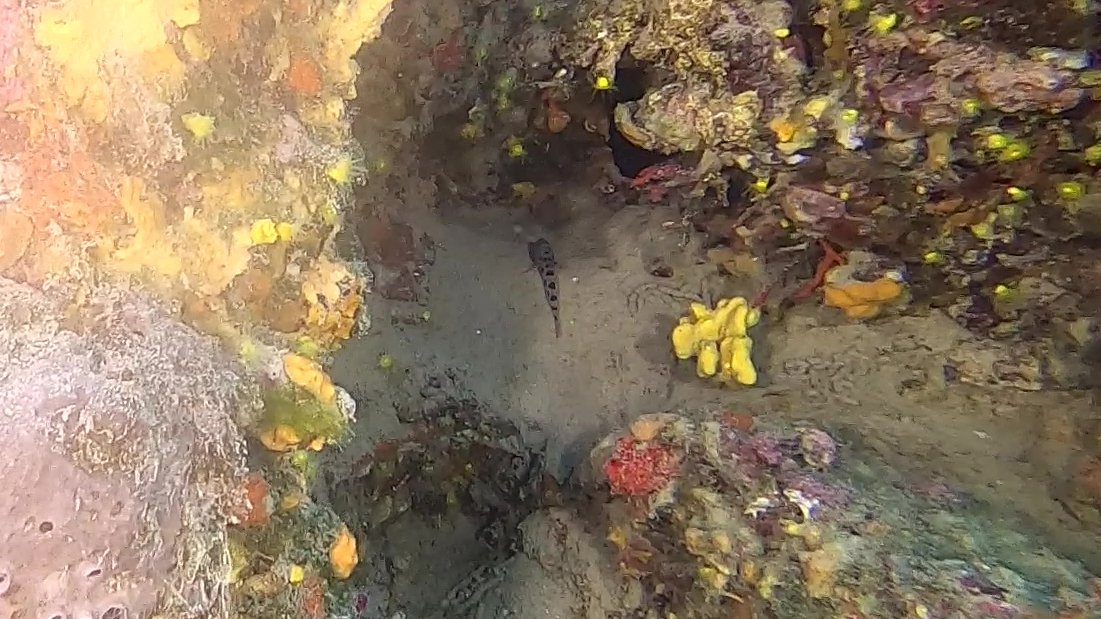 It is a fairly common fish in the Mediterranean Sea, but its habits and its habitat made of ravines and rocks where it can easily find shelter, make us think that this goby is a rare species, in reality its rarity lies in the fact that it is quite difficult to be found both for its size and because it prefers to stay hidden and immobile, that’s what wikipedia tells us. 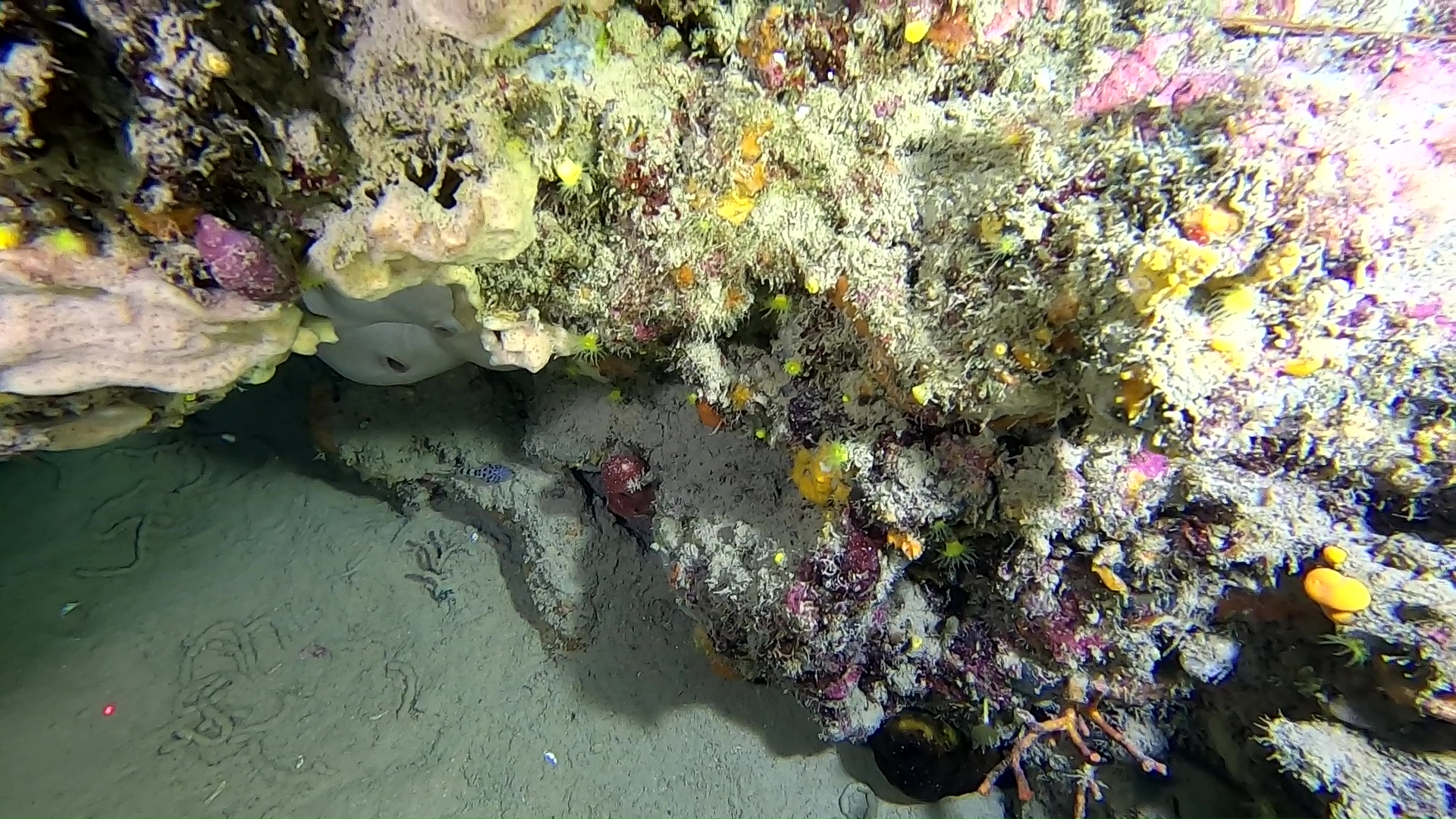 Leopard goby (Thorogobius ephippiatus) is a saltwater fish belonging to the Gobiidae family.

Distribution and habitat
It is widespread in the western Mediterranean Sea and on the European Atlantic coasts between the Canaries and the British Isles.

It is found mainly in caves and crevasses of hard bottoms between 5 and 40 m of seabed.

Description
It has a fairly typical goby shape, what differentiates this species from the others is the presence of round spots all over the body. These spots are typically red on the head and dark (sometimes black) on the body. The background color is gray.

It does not usually exceed 10 cm in length. 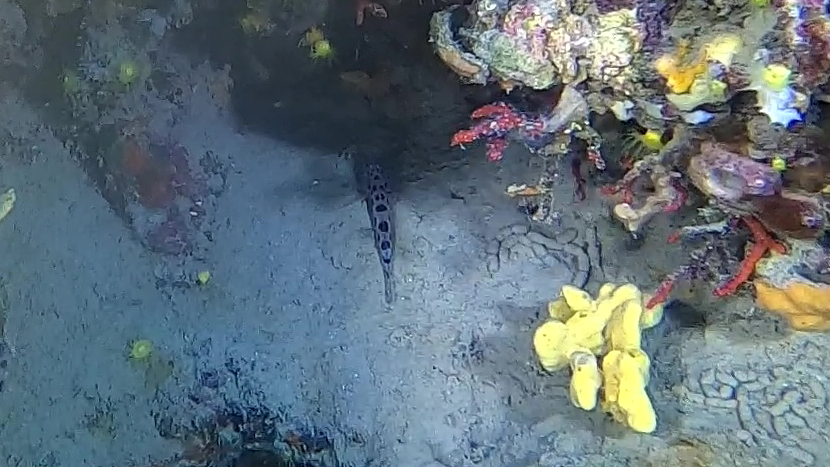 Diet
It feeds on small invertebrates.

Biology
It is a very suspicious species and very difficult to capture and observe since it hides as soon as it gets close. Probably for this reason it was considered a very rare species until a few years ago, which is not true. 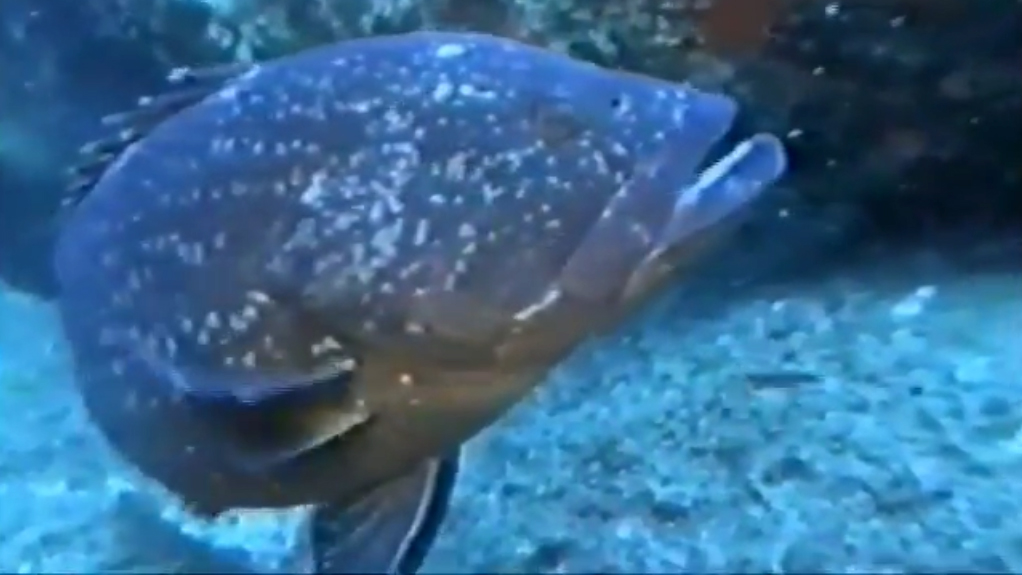