White gorgonian Eunicella singularis, is a gorgonian typical of the Mediterranean Sea, grows on rocky, muddy and detrital bottoms and often colonizes bottoms that have undergone stress caused by the change in water temperatures or damage caused by trawling, replacing the other species. 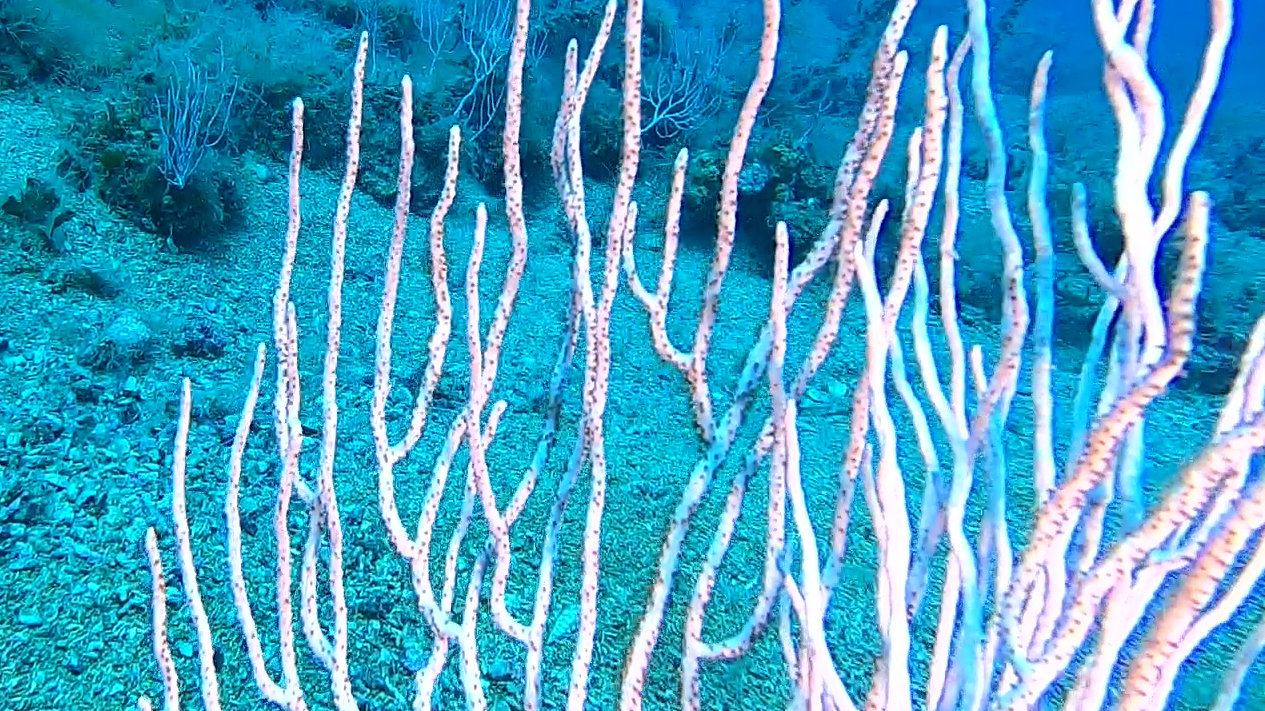 Species reported in the Ligurian Sea, the Tyrrhenian Sea, the Strait of Messina, the Sicilian Channel, the Middle Adriatic, it generally forms extensive prairies of thousands of individuals. Typical species of deaths events (’99 -2006) due to low-depth thermal stresses recorded throughout the western basin with a large decrease in population compared to the past. Unlike Eunicella cavolinii populations, which could count on deep stocks, Eunicella singularis consists only of surface populations. It is possible to estimate a decline of 40% of the Italian populations in the last 20-30 years.. 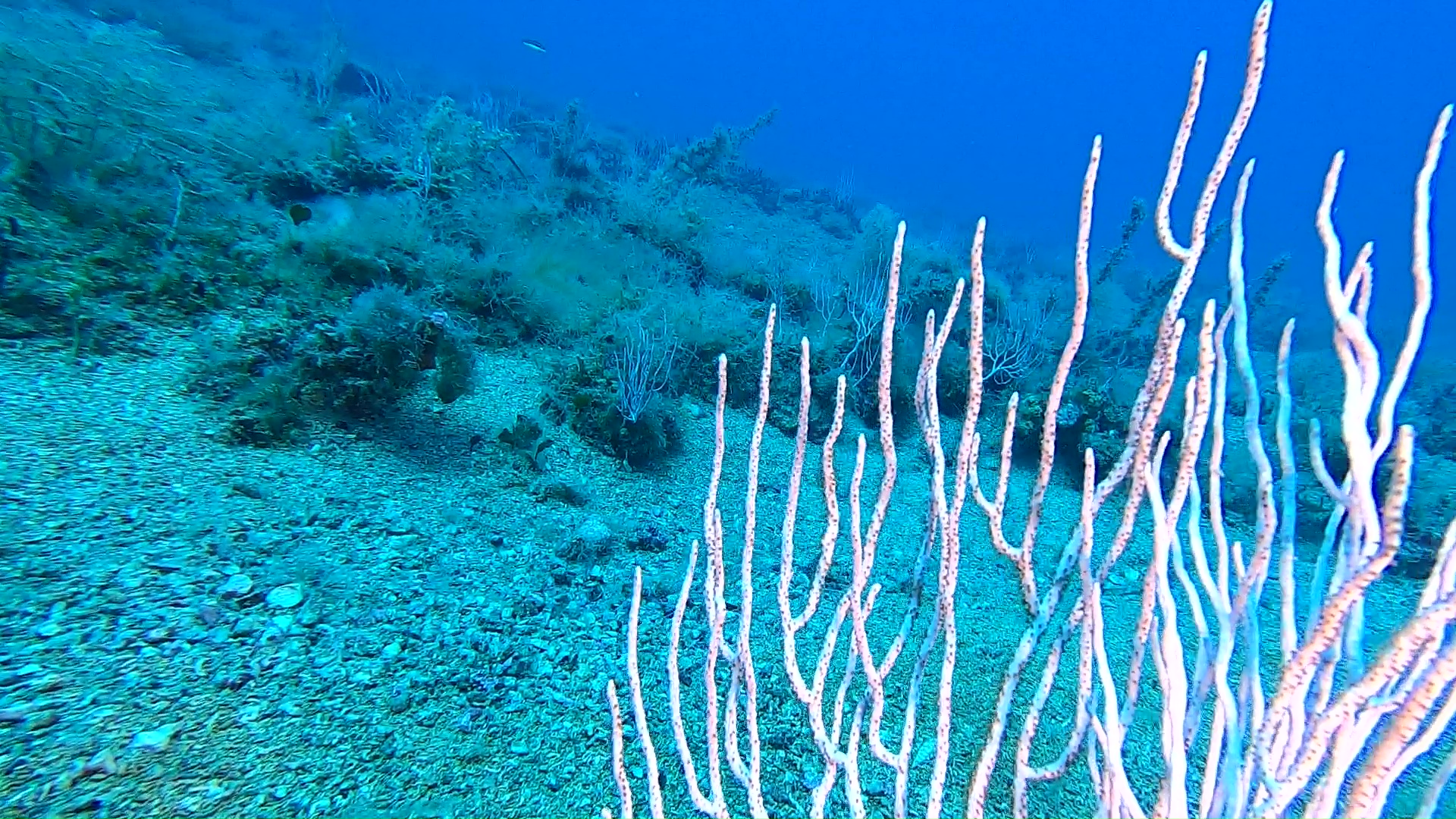 IUCN, World Union for the Conservation of Nature, tells us that the species is limited to the photic belt in the depth range between 2 and 80 m. Normally we find it on depths ranging from 20 to 30 meters in depth.

It settles on detrital and rocky bottoms. Zooxanthellata species with a typical candlestick shape. Populations with a sex ratio shifted towards females and spawning in conjunction with a rise in temperature in spring and phytoplankton bloom. The species is viviparous and larvae are released directly from the mouth of the female polyps. Fast growing species with a generation time <10 years and an average life cycle of 30 years. 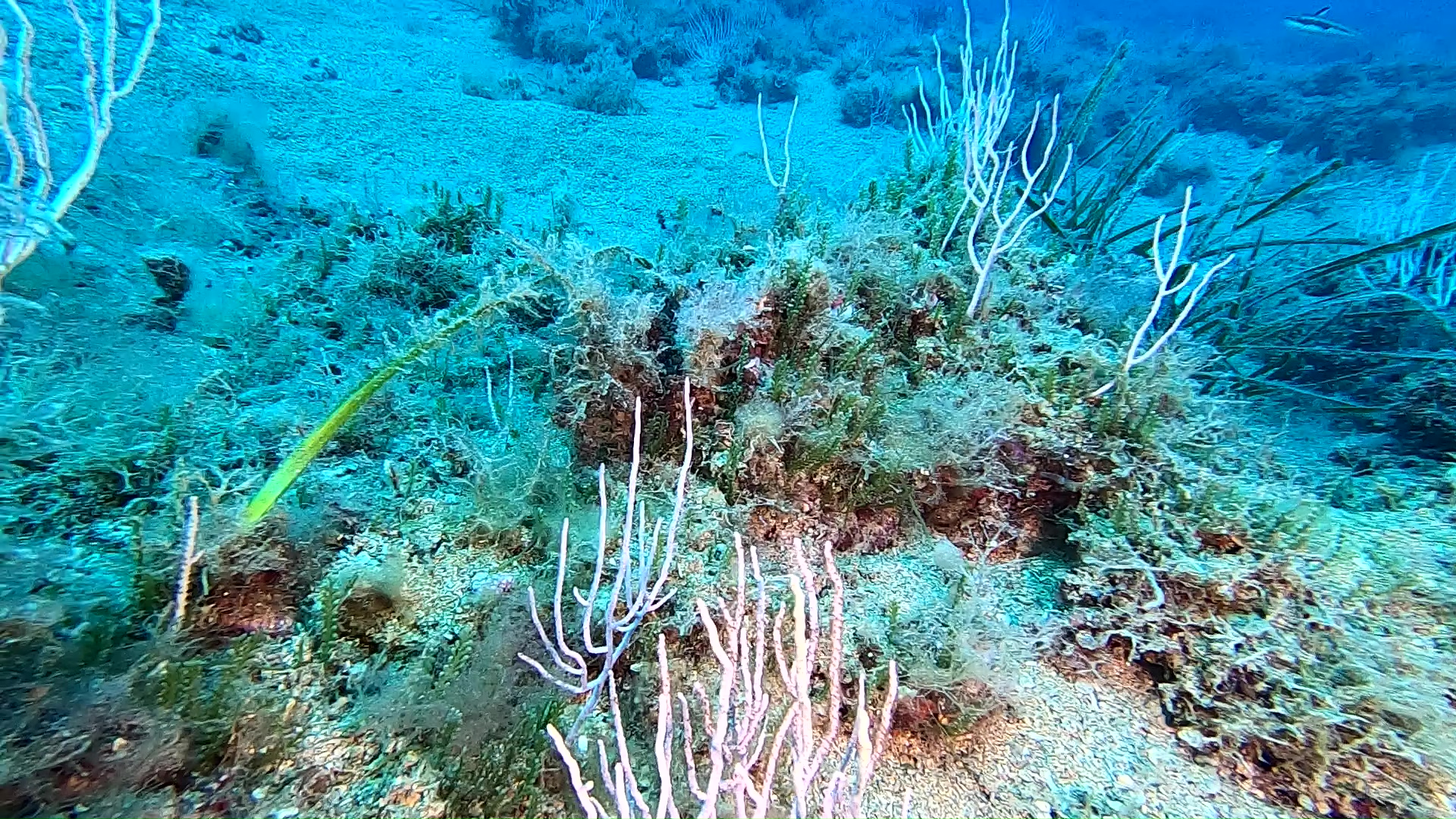 White gorgonian (Eunicella singularis Esper, 1791) is an octopus of the Gorgoniidae family that grows on rocky bottoms usually up to a maximum of 30 meters, well lit and with a temperature between 18 and 20 ° C.

Description
Arborescent colony of white color, with slightly protruding brown polyps, which rises up to 40-50 cm in height. It lives on well-lit rocky bottoms or in detrital areas at a maximum depth of 30 meters.

Distribution and habitat
It is a typical species of the Mediterranean Sea where it populates the rocky bottoms starting from 20 meters and up to 30 meters in depth, favoring the ravines that are hardly reached by light. 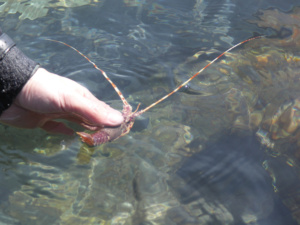 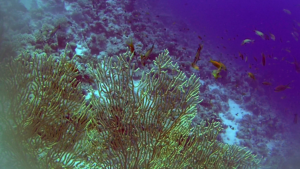