This young punctate jellyfish missing its tentacles is an Australian spotted jellyfish – Phyllorhiza punctata. Surely the tentacles have been eaten by natural predators. The presence of this jellyfish in the southern Mediterranean is more and more frequented due to the optimal conditions it finds following the marine warming even if, fortunately, there is still no invasion such as to cause environmental problems.

The species has been found in the waters of the Mediterranean Sea since at least 1965. While it is not known how it was introduced to these regions, it has been theorized that budding polyps may have attached themselves to ships, or were carried in a ship’s ballast tank which was subsequently dumped. medusa maculata australiana 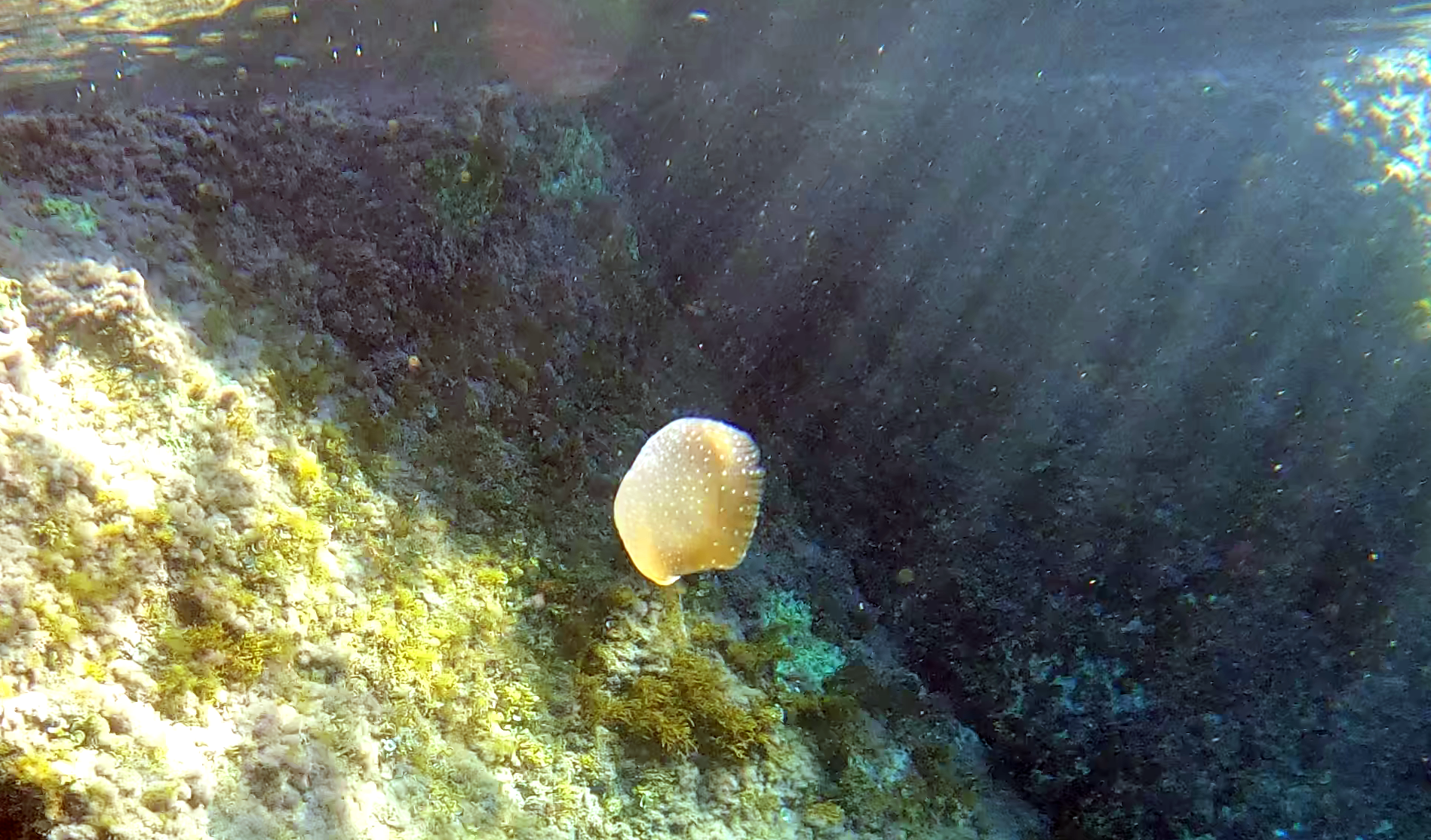 Phyllorhiza punctata, also known as the floating bell, Australian spotted jellyfish, brown jellyfish or the white-spotted jellyfish, is a species of jellyfish belongs to the Rhizostomatidae Family and the genus Phyllorhiza. Their venom is not potent enough to kill their prey which is why they are filter feeders. Their main food source is zooplankton when they travel in large groups consuming all of the zooplankton in the area. This leads to detrimental impacts for the local ecosystem in which they travel through, since they eat all the zooplankton so there is a lack of food for the other species relying on the plankton as their food source. 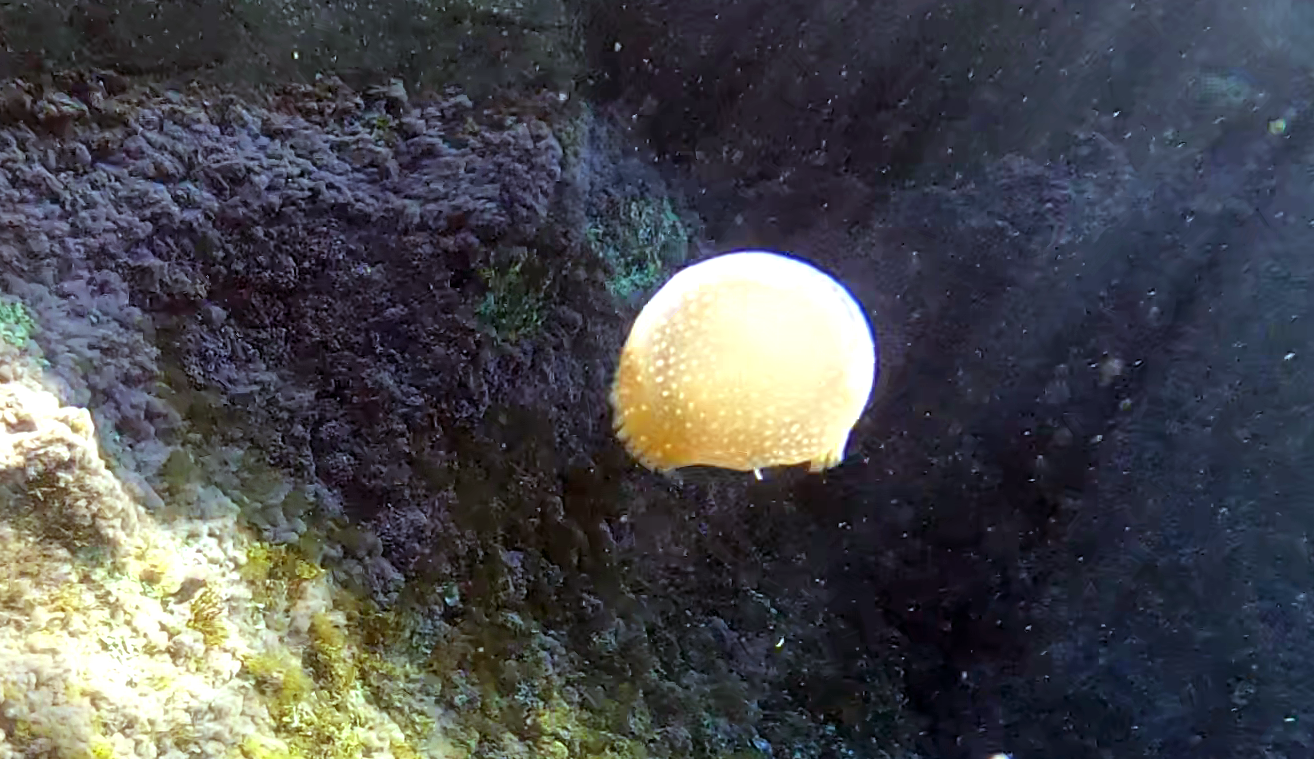 Their nutrition comes primarily from zooplankton. The process of consumption is by filtration. Fluid flows over clusters of mouthlets near the base of the oral arm disk in the centre of the cylinder. The feeding process is continuous since the jellyfish must be swimming in order to move the prey to different mouthlets so they can be digested. 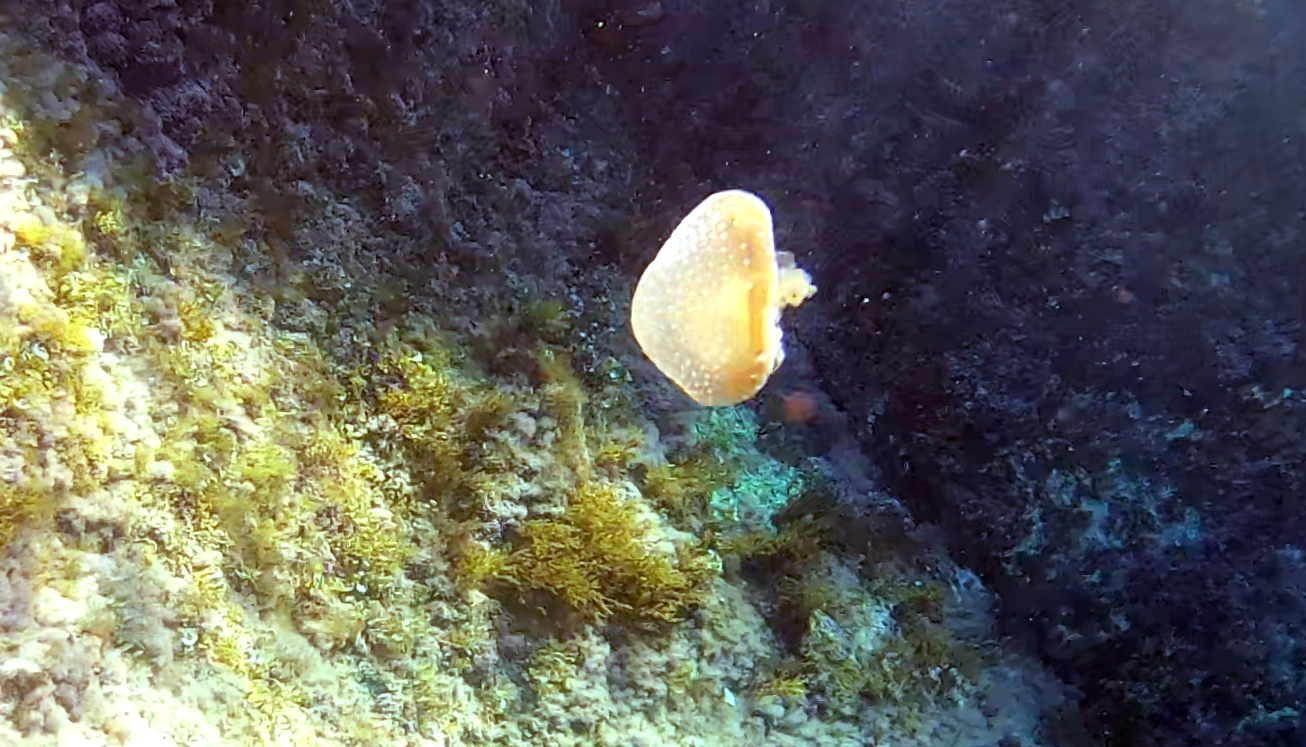 Reproduction Phyllorhiza punctata is unique. In the initial stage of life (the polyp stage) the polyp is asexual. It reproduces by multiplying itself various times; creating a larger hatch than the original the mother had created. The next stage (the medusa stage) is when the jellyfish becomes sexually reproductive. The male shoots his sperm into the water and the female collects the sperm in her mouthlets and filter them to her reproductive organs. There they grow into polyps where they are eventually dropped to the bottom of the ocean where they grow and begin to reproduce on their own. 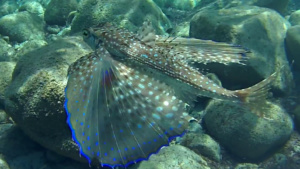 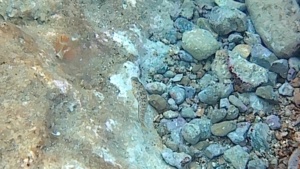