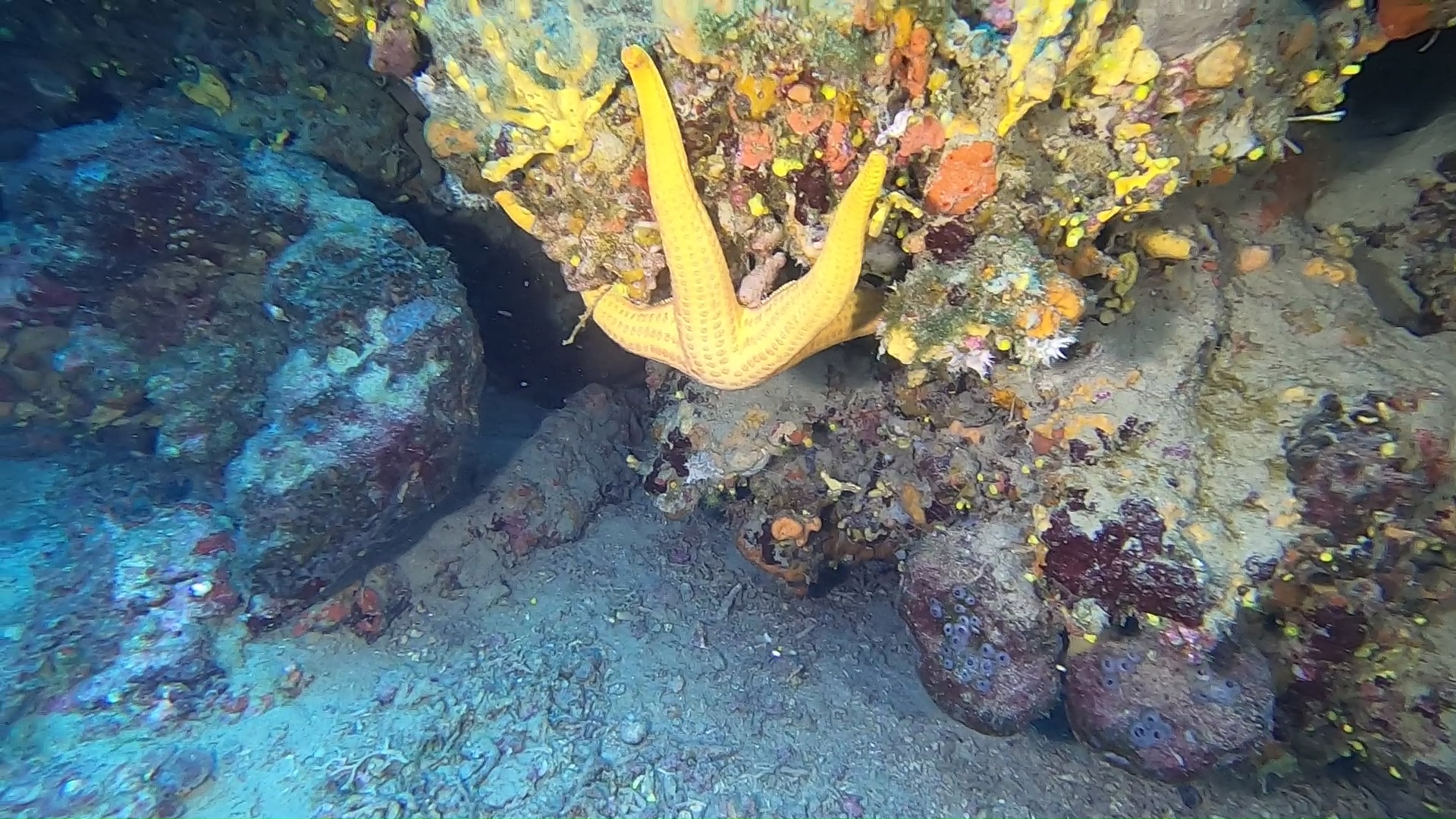 Hacelia attenuata, commonly known as an orange star, is a starfish in the Ophidiasteridae family.

Habitat and distribution Available on hard, coralligenous seabed, from 3 to 150 meters deep, normally below 10, often in caves. Being a thermophilic species it tends to be not widespread in the northern Mediterranean Sea, more frequent in the southern Adriatic Sea, in the Marmara Sea and in the Aegean Sea. 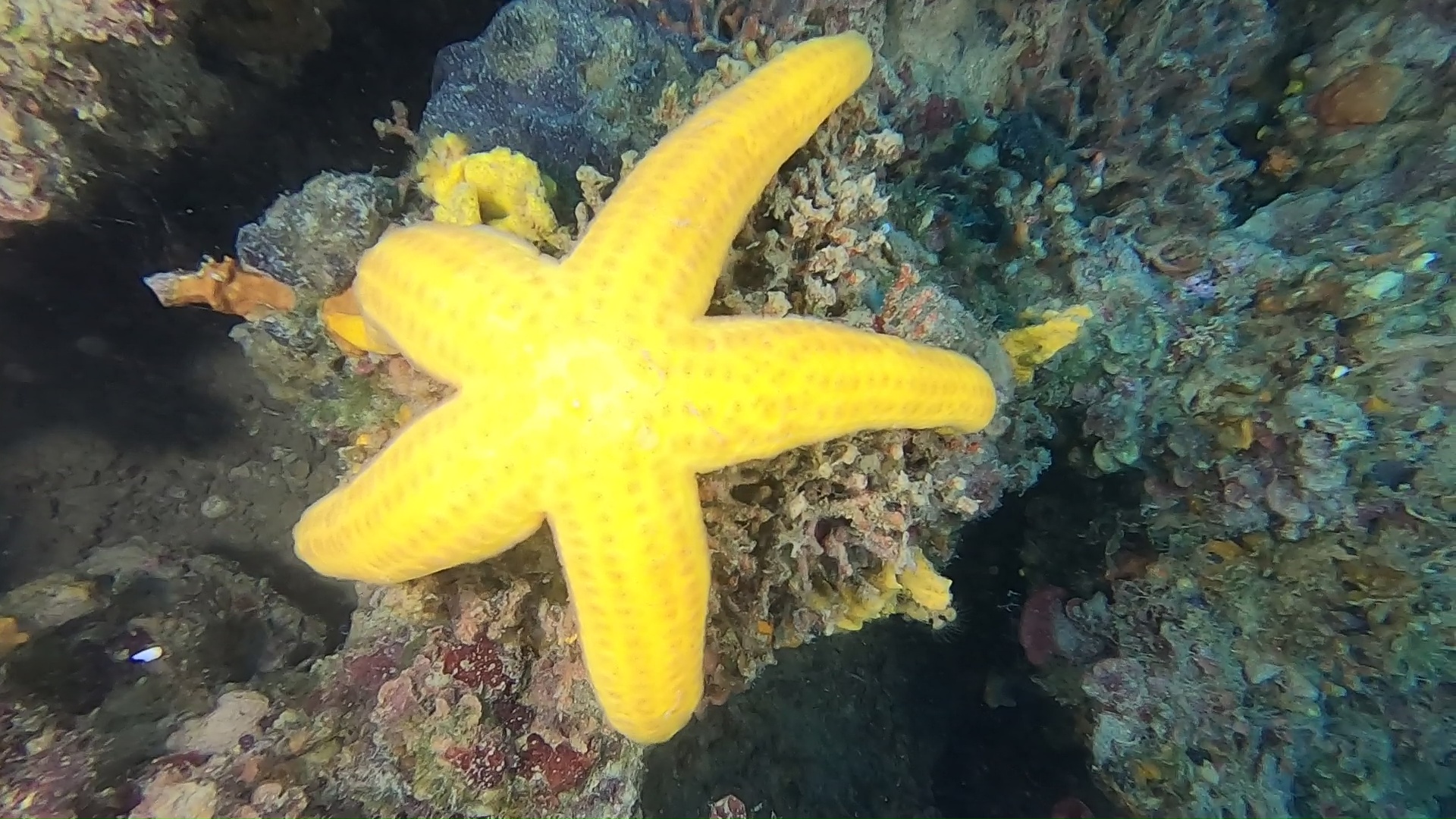 Description Long, conical arms, squat at the base, small central body, orange in color when young and gradually tending towards bright red. Up to 30 centimeters in diameter.

Supply It feeds on sponges. 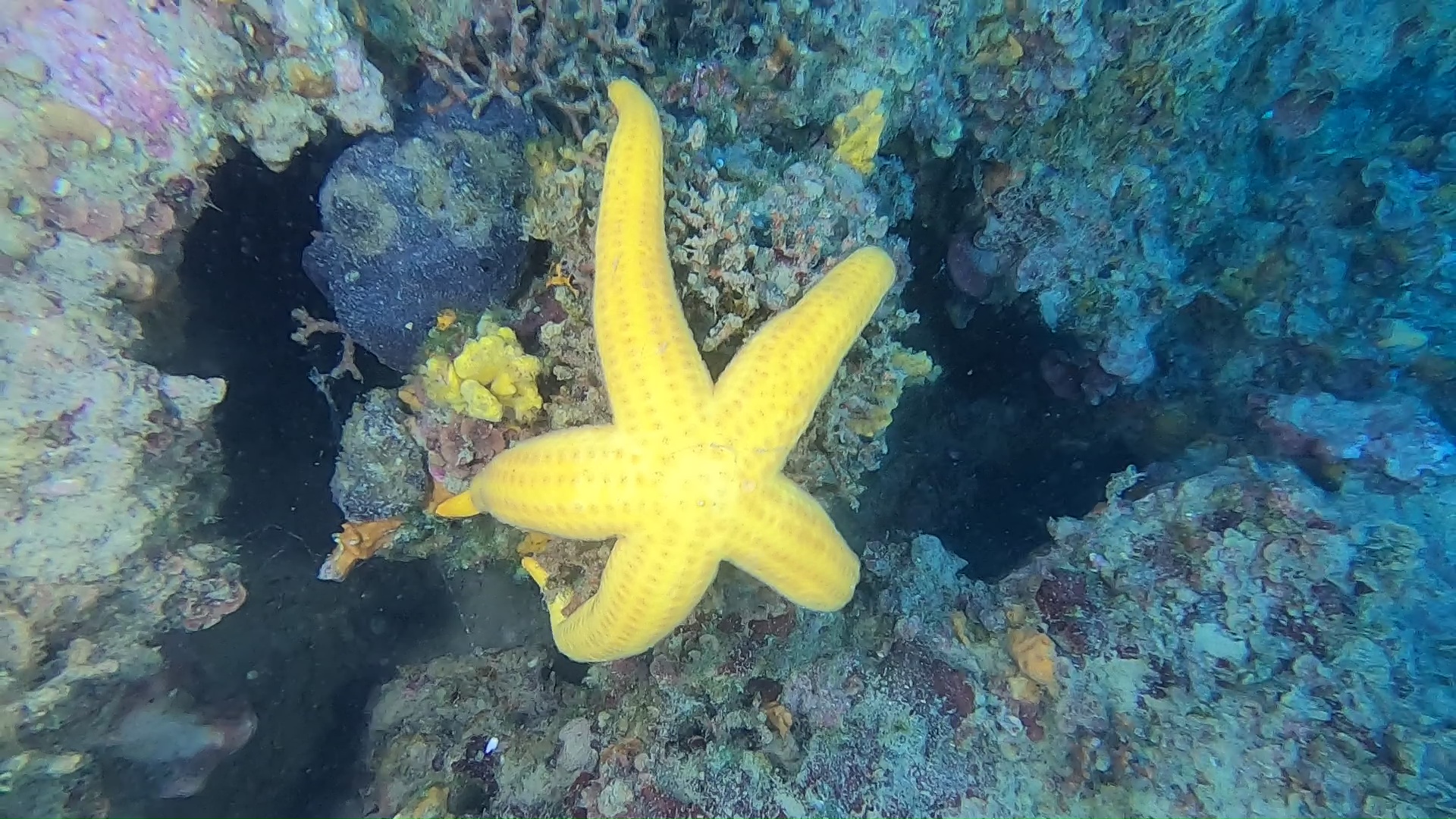 The Asteroidea class includes those echinoderms (invertebrates) called asteroids, commonly known under the name of starfish.

Physical description At a first approximation the symmetry can be defined pentamera by observing the five arms, instead it is a secondary pentamera symmetry, because it derives from an original bilateral symmetry proper, the original symmetry of all the Echinoderms. The symmetry of the Asteroidea is actually a radiant symmetry given by the presence of the madreporic tiles, an opening of the aquifer placed in an eccentric position, on the side of the animal facing upwards.

Most starfish typically have five rays, or arms, that branch off from a central disk. Many species frequently have six or more rays. Many Asteroid groups, such as Solasteridae, have between 10 and 15 arms, while other species, such as the Antarctic Labidiaster annulatus, can have up to 50. It is not uncommon for species that normally have 5 rays to present more for developmental defects. .

Starfish should not be confused with so-called serpentine stars, which at first glance are similar to Asteroidea, but actually belong to the Ophiuroidea class. It is easy to distinguish an Asteroid from an Ophiuroid based on the observation of a few external morphological characters: 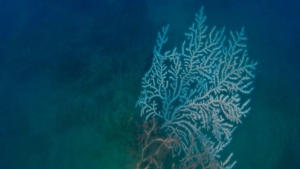 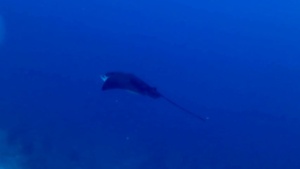