Painted comber (Serranus scriba) is a subtropical marine fish, classified in family Serranidae, the groupers and sea basses. It is found in the eastern Atlantic Ocean, the Mediterranean Sea, and the Black Sea. Confusingly, a synonym of this species is Perca marina, but that name (as Sebastes marinus) has incorrectly been used for a separate species, the rose fish. Serranus scriba sciarrano  Serranidae intotheblue.it 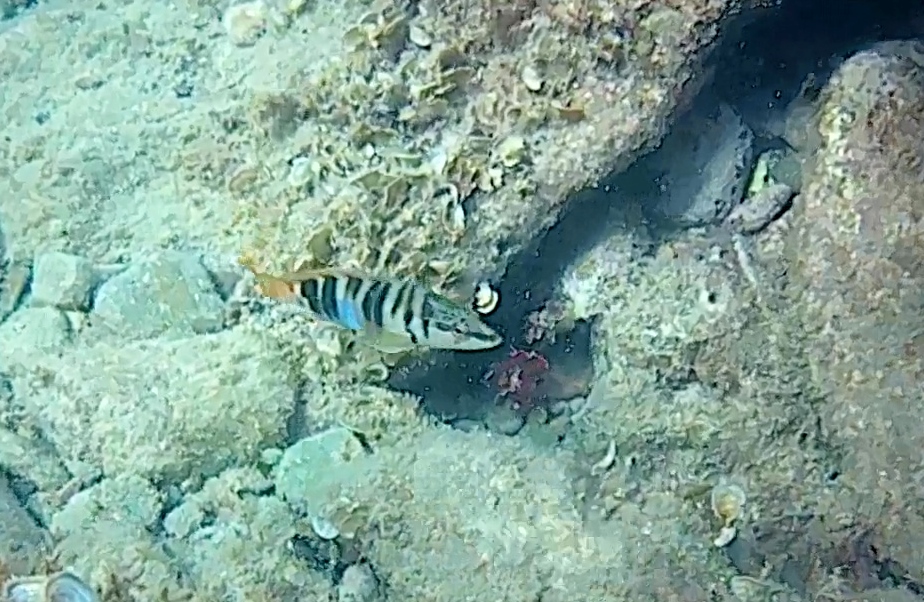 Serranus scriba grows to a length of 28 centimetres (11 in). This grouper has a squat body, a large head and a mouth very large in proportion to the body size. Jaws are filled with sharp teeth. The painted comber is orange to red in color with bluish to dark brown vertical stripes that are wider and darker towards the tail. The caudal fin is dark yellow to orange, the dorsal fins are yellow with orange dots and lines. The pelvic fins and pectoral fins are usually monochromatic light yellow. The head shows many reddish-brown lines that resemble Arabic writing (hence the Latin name of the species). On both sides of the abdomen there is a large, bright blue area. Serranus scriba sciarrano  Serranidae intotheblue.it 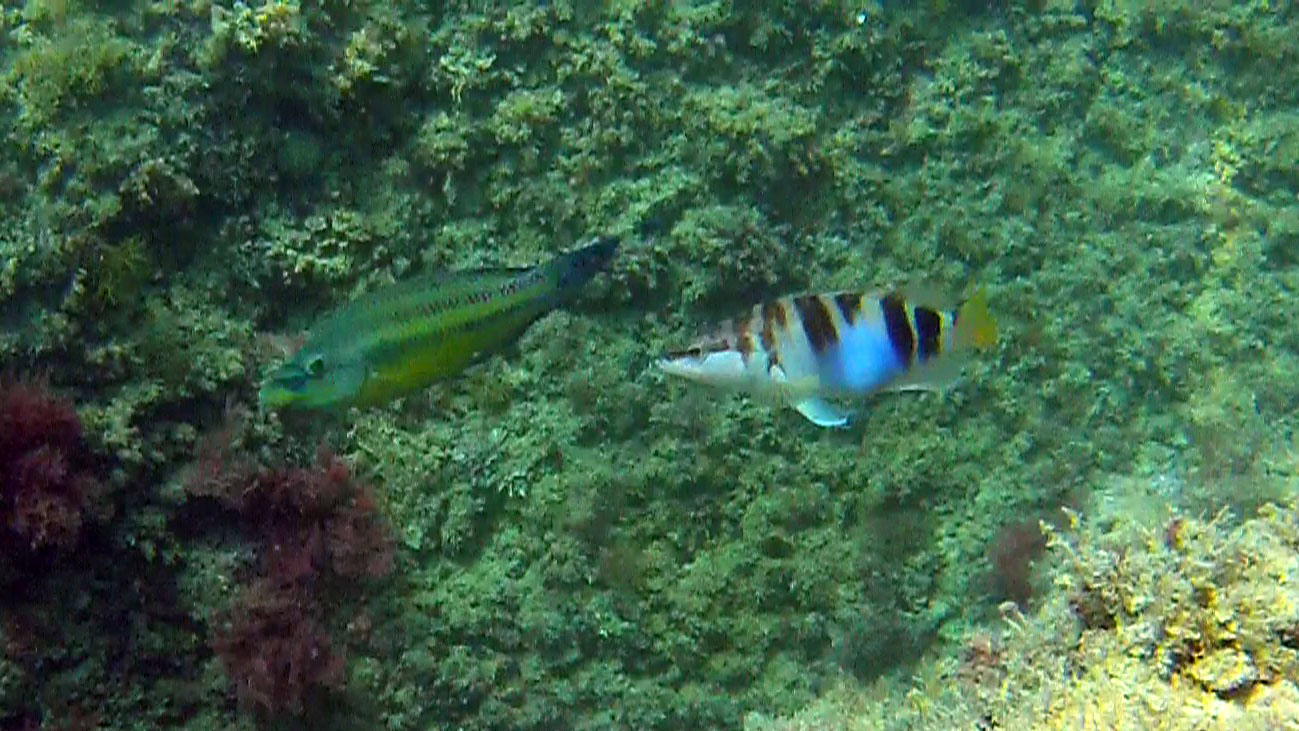 S. scriba spends much of its time in rocky caves. It is usually solitary or in small groups. It comes out of hiding around dusk to feed on various crustaceans, fishes, and worms.

These fish are hermaphrodites and can fertilize themselves. Spawning is seasonal and controlled by the moon’s phase. 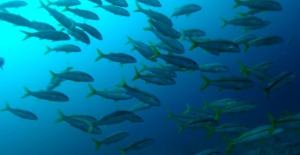 Goatfishes are perciform fish of the family Mullidae. The family is also sometimes referred to as the red mullets, which also... 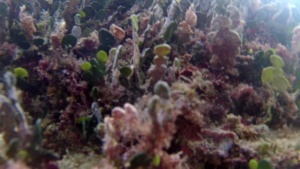 Halimeda tuna is a green marine algae of the Halimedacae family. ...