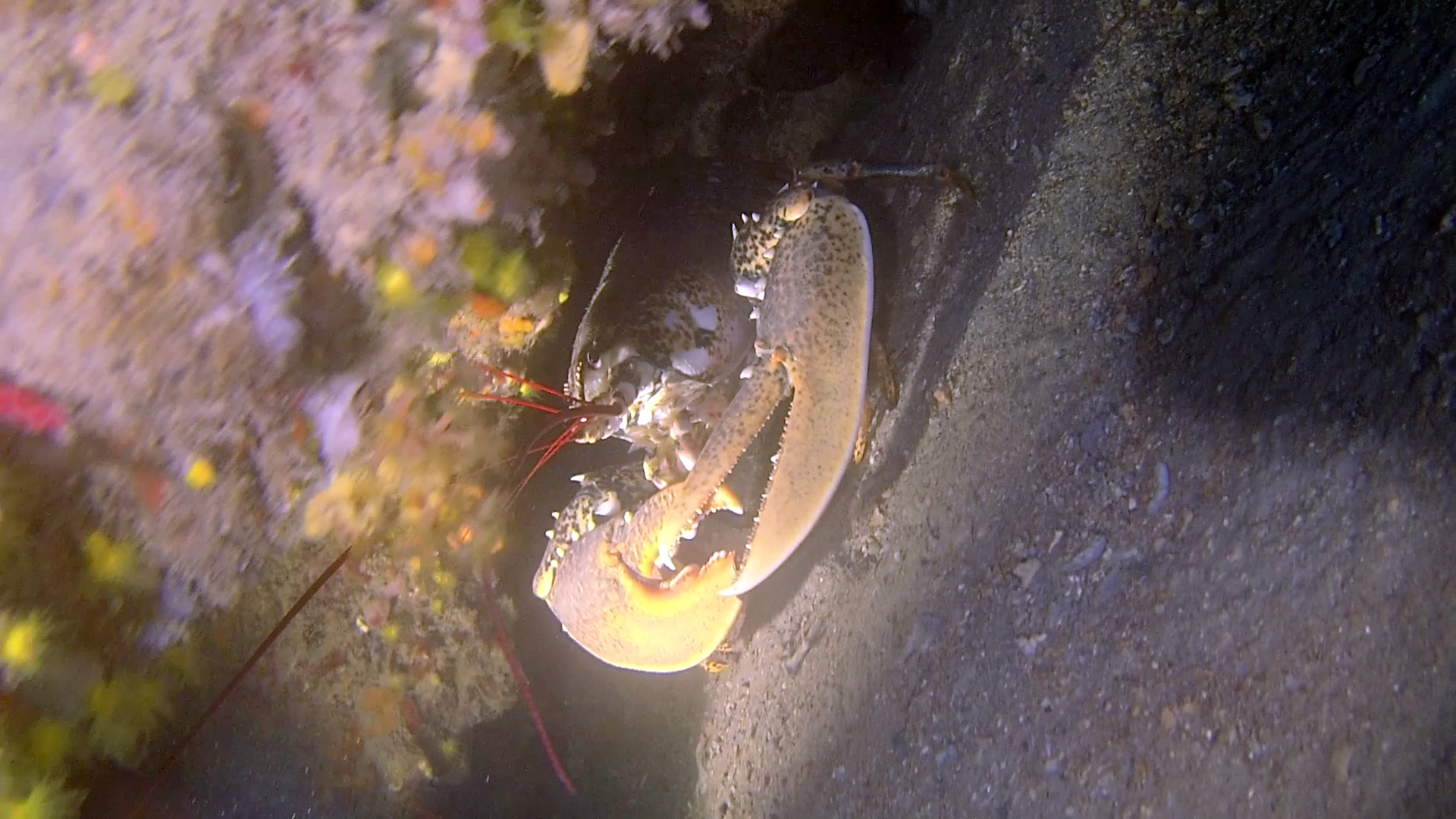 It is much like the American lobster (Homarus americanus).

Bluish in color, with yellow spots on the back and clear belly, has two pairs of antennae, a few long and one short-legged and 8 locomotives, as well as 2 chelate, of which a larger and a smaller, in order to better perform tasks different. The carapace is smooth and concave, has two pins, located near the eyes. It can reach half a meter in length, but the common specimens measuring 30 to 40 cm.

Contrary to what is often believed, the lobster is not closely related to the lobster, which belongs to another genre and even to a different family, the Palinuridi; taxonomically the distance between the two species is similar to that which is, for example, between the dog and the cat.

The lobster is present in the eastern parts of the Atlantic Ocean, from Norway to the northwest up to the Azores and Morocco. It is also found in the Mediterranean Sea west of Crete and to the northwest of the Black Sea, but not in the Baltic Sea. This crustacean lives attached to underwater rocks, rarely below 50 m, but up to a maximum of 150. 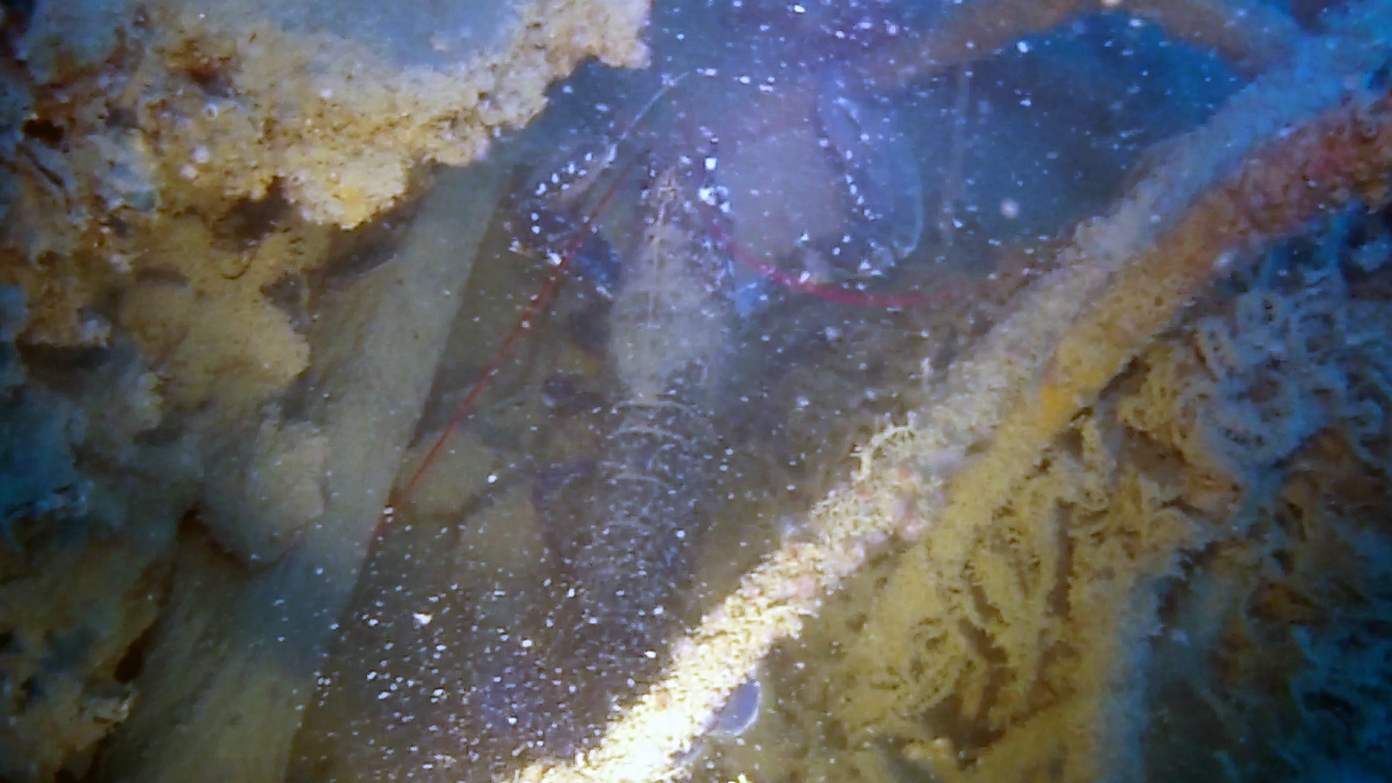 Female H. gammarus reach sexual maturity when they have grown to a carapace length of 80–85 millimetres (3.1–3.3 in), whereas males mature at a slightly smaller size. Mating typically occurs in summer between a recently moulted female, whose shell is therefore soft, and a hard-shelled male. The female carries the eggs for up to 12 months, depending on the temperature, attached to her pleopods.[4] Females carrying eggs are said to be “berried” and can be found throughout the year. 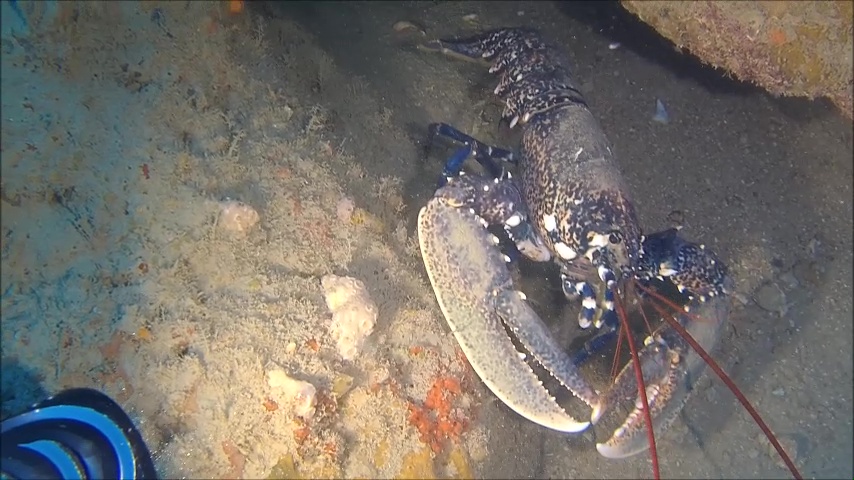 The eggs hatch at night, and the larvae swim to the water surface where they drift with the ocean currents, preying on zooplankton.This stage involves three moults and lasts for 15–35 days. After the third moult, the juvenile takes on a form closer to the adult, and adopts a benthic lifestyle.The juveniles are rarely seen in the wild, and are poorly known, although they are known to be capable of digging extensive burrows. It is estimated that only 1 larva in every 20,000 survives to the benthic phase. When they reach a carapace length of 15 mm (0.59 in), the juveniles leave their burrows and start their adult lives.

Wreck of the tugboat Silvio 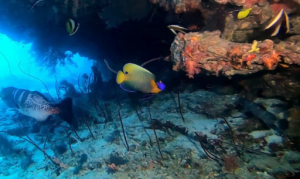 Pomacanthus xanthometopon is aray-finned fish in the family Pomacanthidae found in shallow parts of the Indo-Pacific. It is...